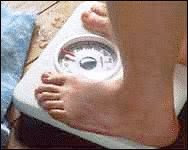 My relationship with Vigilantes do Peso (WW) has been like a tumultuous love affair: we met, we hit it off, we shared good times and rough times, we broke up, we tried other relationships, we got back together, we broke up again… You know the movie: girl meets weight-loss plan, girl loses weight, girl cheats with fattening food and starts missing meetings, girl gains weight, girl reunites with weight-loss plan. You wonder, will there ever be a happy ending to this story?

I lost my diet plan “virginity” at the tender age of 13, the summer after my first year of high school. My homeroom teacher, Ms. Bottari, said those infamous words to me, “You would be so pretty if only you lost weight.” Yes, I was very overweight although I have completely repressed what I actually weighed. What I can’t forget is the teasing all through that first year of high school, as if freshman year isn’t hard enough. My worst memory is of having to run a mile on the track (5 and ¼ laps); this was during the Jimmy Carter administration when physical fitness for children was an actual priority and a required part of the school curriculum (if you don’t know who Jimmy Carter is, you’re probably not old enough to be on the computer unsupervised). In my velour (Eu sei! It was in style then!) gym suit, I huffed and puffed trying to get around that track. Over my labored breathing, I heard some kid yell to his friend, laughing, “Hey, the fat girl is running faster than you.” That made me not give up; the pain in my heart was burning worse than the pain in my legs.

My parents took me to my first WW meeting. As a teenager, the meetings were boring to me. A bunch of adults talking about what to do with the other half of a banana (you were only allowed ½ back then) and the always asked question, “What’s a legume?” What I remember most is the scale. It was the big, doctor’s office type of scale with the big weight that clunks into the 100, 150, 200 ou (suspiro) 250 mark and the slide bar that you stared at as the weigh-in person tapped it over and over, quarter-pound by quarter-pound, trying to get the weight to balance. I lost 40 pounds that summer (ó, the metabolism of youth) and returned to school a happy, outgoing sophomore.

But like most first relationships, we drifted apart and my weight went up and down over the years. After trying yet another diet plan that promised fast, easy weight loss but didn’t deliver, I always ended up back on the doorstep of WW, begging for another chance. Sometimes I wanted a long-term commitment; sometimes it was an “Oh my G-d, I can’t believe the size of my booty” call. While other diet plans were fast and exciting (“lose 40 pounds in 10 days”), filled with seductive promises (“eat whatever you want,” “no exercise necessary”) and forbidden desires (no carbs, no fats, all the protein you can eat), WW was calm, stable and pragmatic. The “nice guy” of diet plans, se você quiser. WW said I could eat whatever I wanted, within reason, as long as I measured and tracked. Boring. WW said I needed regular exercise and could earn more points (comida) that way. Suspiro. WW said to expect to lose an average of 1-2 pounds per week, any more than that was too much. O que? That would take forever! WW made it clear that it was NOT a “diet,” but a lifestyle change. They wanted me to attend meetings regularly, wait on a line with other anxious people (mostly women trying to figure out one more item of jewelry or clothing they could remove), and step on a scale in front of everyone who pretended not to listen as the weigh-in woman smiled congratulations or solemnly scribbled a “plus” sign in your fold-out booklet. As long as I did my part, WW always came through on their promises. I always lost weight but I was young and impatient. I wanted more, faster and without the work. Like a helpless victim lured by the siren call of fried foods, I strayed yet again.

Things changed in 2001. I was having horrible headaches I assumed were migraines. They turned out to be from my blood pressure which was soaring at about 220/120. My doctor put me on medication, then another medication. Then a few more. Feeling old and scared, I once again turned to WW. I went to a meeting near my new job in Tribeca. The leader was wonderful. She was fun, used psychology (a big plus with me) and made us sing happy songs at the end of the meetings (“…when you’re smiling, the whole world smiles with you.”) I made zero-point soup and had a loss every single week! My students might have wondered why I wore the exact same outfit every Wednesday (I didn’t want to use my clothes as an excuse). My routine was comforting and exciting. I would teach class, then walk to my WW meeting on Liberty St., and pick up another ribbon or star for my success. Then I would head to the Au Bon Pain stand in the World Trade Center and eat my vegetable soup outside in the Plaza in front of the Twin Towers. I lost 50 pounds in 3 and ½ months. Em 9/11, the building where my WW meetings were held was destroyed and I quit again. I tried another meeting in another place but it wasn’t the same. Nothing was the same after that tragic day. Gradually, I put the weight back on.

Em 2006, my relationship with WW became a ménage-a-trois as I joined yet again but this time with my husband, Tom. It was a different experience, going to a meeting with someone else, letting a third party see my “nakedness” on the scale and in the booklet. There was something satisfyingly voyeuristic about watching each other get weighed. Tom was one of about 3 men at the meeting and we enjoyed our leader, a young woman who had just found out she had a gluten intolerance. I had lost about 17 lbs. when I herniated a disk in my back and couldn’t sit through the meetings anymore. Heartbroken over not being able to go out to WW, WW came to me through the wonders of technology. I joined WW Online and was able to track my food and points from home. Now weigh-ins were private moments, just me and the scale. No people, no lines, and no clothes (sim, I was finally fulfilling that fantasy).

4 Responses to Vigilantes do Peso: You Had Me at “Step On”