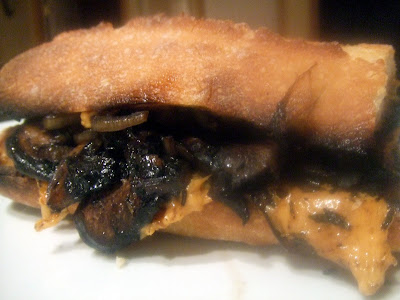 March was a record-setting month of posting recipes for me. I posted 7 Extreme Vegan Makeovers; 8 if you let me count the one I wrote in March but posted on April 1st. It felt like I was on a roll and I was having so much fun posting recipes and getting positive feedback including that I should write a cookbook. To that I said, “Ouais, droite” but it felt really good to hear. It motivated me to keep cooking, creating recipes and posting blog entries. Et à vrai dire, that seed of a cookbook suggestion started to sprout and I thought, “Peut-être…”

All the postiive comments by people on Facebook and in the comments here on the blog raised my self-confidence to new levels. The more people brought up the cookbook idea, the more my thoughts turned to “Ok, Je vais…as soon as I figure out how.” It didn’t hurt that the people encouraging me included friends who are writers themselves. Je veux dire, when someone like Tina Volpe, co-author of The Missing Peace: The Hidden Power of our Kinship with Animals and author of The Fast Food Craze, tells you to write a book, it’s probably a good idea to listen.

After she died, Carol Adams, auteur de Les Sexual Politics de viande: Une théorie critique féministe-végétarienne, e-mailed me and wrote that Shirley had told her how she was encouraging me to write a book.

Je ne pouvais pas y croire! Carol Adams and Shirley Wilkes-Johnson, two amazing, trail-blazing Vegan heroes, were talking ABOUT ME??? Je veux dire, I just don’t have the self-esteem for these kinds of things. But it was true and it brought tears to my eyes and joy to my heart.
But now Shirley was gone and my motivation seemed to be gone as well.

Then Passover came and I felt obligated to post some Vegan version of a holiday favorite so I posted a recipe for Fried pain azyme / pain azyme Brei. I went through my routine: posted the recipe, had Tom proofread it, fixed the ever-missed spelling error, posted the entry to my Facebook page, added the title to the My “V” Recipes list on the blog and then realized I couldn’t do the next step…e-mail it to Shirley. My heart sank. She wouldn’t see this recipe, tell me how I was making her eat too much, tell me to write that cookbook. Tout à coup, it just wasn’t as much fun.

Oui, I continued to get positive, wonderful comments on my recipes and I appreciate and value every single one of them. But my motivation was missing. I wrote about the Mercy For Animals undercover investigation. And then I wrote a note to Shirley on her Facebook page, telling her how I had lost my momentum without her here to encourage me. And her husband, Ben, responded and told me “Don’t stop now, maintenir le bon travail, our mission isn’t over yet. The world needs us!!! Now more than ever.” And I realized I was being selfish. 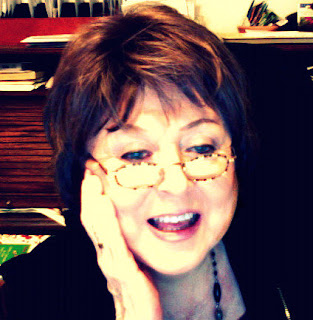 So here is my newest recipe, a Vegan Philly “Cheezesteak.” Comfort food, pour sûr, because every now and then, we all need a little comforting. This recipe is dedicated to Tina, Carol, Ben and especially to Shirley. A Vegan hero for my Vegan heroes. Je sais qu'elle aurait aimé 🙂 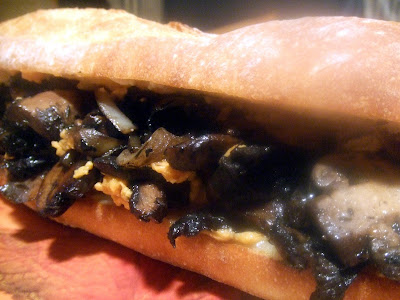 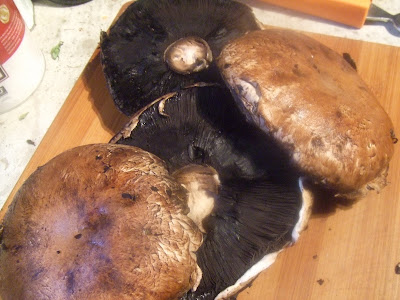 When the mushrooms are browned and shrunken, add the onion and salt to the skillet. Cuire environ 5 minutes until the onion is caramelized and softened. Add the liquid smoke and Worcestershire sauce and mix well. Continue to let cook about another 3-4 minutes.

Slice open the loaves of bread and place on a baking sheet. Apply the cooking spray (or drizzle olive oil) on the bread. Take the remaining clove of garlic, cut the tip off, and rub the garlic on the bread (you may also use dried garlic powder). Spread the vegan mayo on the bread, si l'on utilise. Fill the loaves with the mushrooms. Top with vegan cheese. Put the heroes in the broiler for about 4-5 minutes or until the cheese has melted. 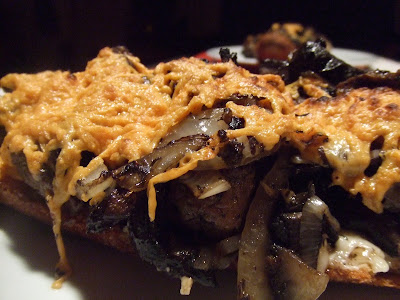 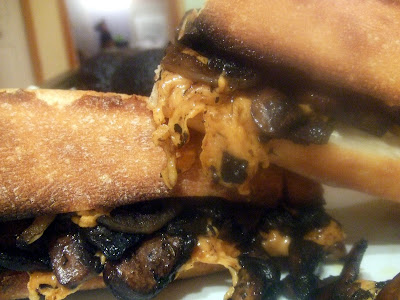