By Rhea on May 23, 2011 in Appetizers, Snacks & Starters, Entrees, Everything Else, Recipes, Tofu/Tempeh Dishes 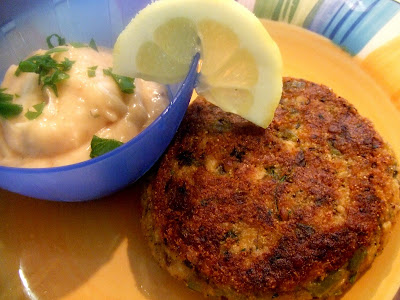 When I was growing up, my dream was to live in City Island.  It wasn’t really about City Island, per se. I loved the water, the boats and the marina and City Island was the only place I had ever been that had those things. Having grown up in the South Bronx where swimming in the summer meant playing in an illegally opened fire hydrant, going to City Island was a jaw-dropping experience.

City Island is at the north end of the Bronx in New York City. For people who live in the Bronx, City Island is like leaving the urban streets and being transported to a harbor town like you find in Maine. It’s a small seaport town with a gazillion seafood restaurants along the main street. At many of these restaurants, you can sit outside and have a view of the water and the boats. It’s beautiful and at night, it’s magical. It’s a very popular place for dates because the atmosphere can be so romantic. 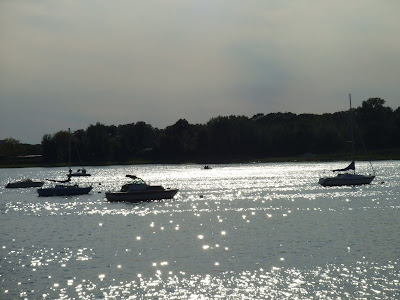 As a kid, I wasn’t so much interested in the romantic aspect of the Island but I was thrilled that Oliver Sacks, M.D., neurologst and psychiatrist, lived there. Oliver Sacks is the author of many of my favorite books, including “The Man Who Mistook His Wife for a Hat,” and movies such as “Awakenings.” I’ve always been fascinated with the link between neurology and psychiatry and his books are filled with unbelievable neurological case histories. 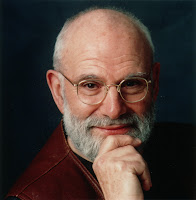 I used to ride my bike to City Island and go back and forth, up and down his street, hoping for a glimpse of him. I never got that glimpse while riding my bike but I did get to finally meet him when he gave a talk at my med school. Dr. Sacks is also the author of “Anthropologist on Mars” which features the story of Temple Grandin, a controversial figure in the world of animal rights activism.

Although I have always loved City Island, I never liked seafood. I was probably one of the few people who went to a restaurant on the Island and didn’t order fish. Like I said, what I loved was the water and the boats. The ocean calms me and not many things can do that! When I am on the water, I feel free and to me, nothing is more beautiful than when the sky meets the ocean creating a sense of infiniteness to the universe. And as I got older, I did learn to appreciate that romantic atmosphere and had my own share of dates there. 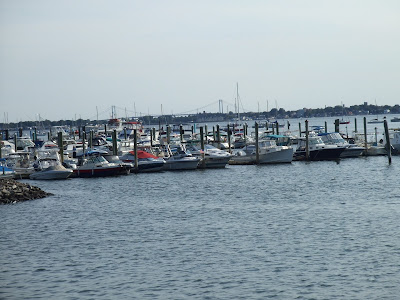 City Island is also a nice place to go just to walk around. Tom and I would take Poochie, and then Benny, to the Island. We would park the car at one end and walk on City Island Avenue down to the water’s end and back.

Although City Island has been hit hard by the recession and many businesses have closed, it is still a popular locale and a great place for boating, antique shopping and exhibits of local artists. Many of the people who live on City Island have been there for generations and the history (which I won’t get into here) is rich.

Not long before beginning my Vegan journey, I did learn to like seafood…somewhat. I always had a problem with food that looked like the animal it was before it was killed and cooked. That didn’t help my denial about who I was eating. Fish may be one of the creatures that are least disguised when they are cooked and served. Fish also seem to be one of the living beings that people care least about. Why? Is it because fish can’t scream? They certainly struggle for their lives. Clearly, they, like all beings, want to live. And no, people (you know who you are), if you eat fish, you are NOT a vegetarian. FISH ARE NOT VEGETABLES!!!!!!!

Since becoming vegetarian and then Vegan, Tom and I have still gone to City Island to walk around and sit by the water. But it’s sad not to be able to eat at any of the restaurants. Being it’s a fishing town, City Island isn’t very veg-friendly and it feels a bit like losing a part of my past.

Tom and I have tried mock “fish” a couple of times at restaurants and hated it every single time. The taste was wrong, the texture was wrong. The best mock “fish” dish we ever had was when I made my delicious Vegan “Fish” and Chips.

Well, Tom has been a little crabby lately and so I wanted to make him something special. In his pre-Vegan days, Tom loved crab cakes. I tasted them just once when he ordered them several years ago on City Island. Honestly, I didn’t like them much.

So I decided to makeover one of his old favorites in a Vegan, compassionate form. Most of the foods we like are not about the “meat” anyway. It’s all about the texture and the spices and flavors we add to it. In making a mock “fish” dish, it’s important to get that taste that reminds you of the sea. Seasonings like Old Bay, kelp, dulce, seaweed, lemon and dill are good for that. Many people make mock “crab” cakes with tofu but that texture doesn’t seem right to me. Tofu is too smooth. Tempeh is more substantial, giving you that flaky texture reminiscent of seafood.

And of course, my recipe is gluten-free so I used corn flake crumbs and chickpea flour. But if gluten is not an issue for you, any bread crumbs and flour you like will do. The Tempeh “Crab” Cakes were so delicious. They were crispy on the outside, moist and flaky on the inside. The flavors were so spot on, I think these could possibly fool an omnivore or at least show them that it isn’t necessary to harm a crab to have these scrumptious cakes. 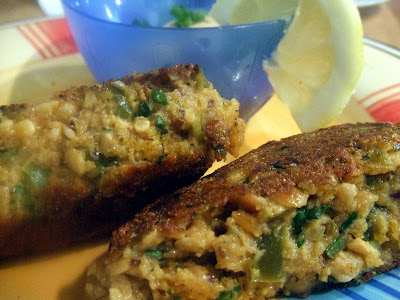 I served them with baked sweet potato fries and my Horseradish-Dill Mayo. It wan’t exactly easy to recreate a dish I only tasted once in my whole life but Tom was more than willing to assist…in making them as well as eating them. And by the end of dinner, Tom was a lot less crabby 🙂 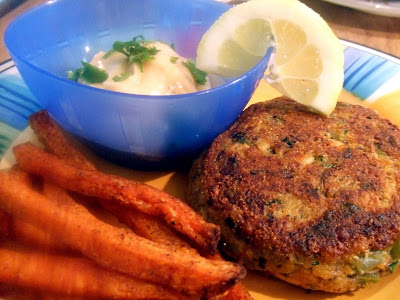 Mix all ingredients in a bowl. Taste to make sure it is to your desired level of spice. Refrigerate until ready to use. Garnish with scallion greens and lemon slices. 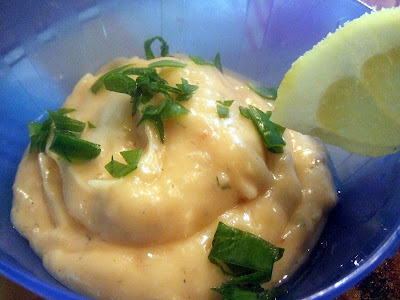 For the Tempeh “Crab” Cakes

One 8 oz. package of tempeh

Zest of one lemon

Juice of ½ a lemon 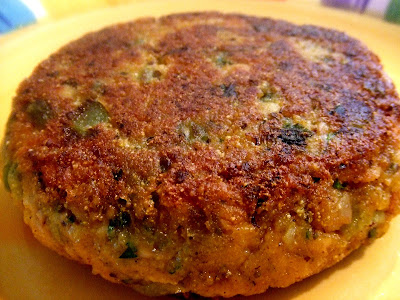 Steam the tempeh – 20 minutes in a steamer or 5 minutes in the microwave. Let cool.

Meanwhile, combine the flaxseed with the water. Mix and let stand for 10 minutes. This is your binder. Heat 1 Tbs. oil in a large skillet. Saute the bell pepper, celery, scallions and garlic until softened, about 5 minutes. Transfer to a large mixing bowl and let cool. Wipe the skillet clean.

Crumble the tempeh into a bowl. It should look like tiny pebbles. Add the vegetables along with the mayo, parsley, lemon zest, and lemon juice. Add the baking powder, Worcestershire sauce, flax gel and seasonings to the bowl and mix (with your hands is best) until everything is well combined and you have a relatively smooth mix with no big chunks of anything. Add the bread crumbs and mix again until smooth. Check the mixture to see that you have a consistency that will hold together. If the mixture feels too loose, add more crumbs, up to another ¼ cup. Cover and refrigerate the tempeh mix for at least 30 minutes; the longer, the better. Note: you could use a food processor but the cakes won’t look as pretty on the inside (see picture).

Divide the mixture into cakes. The cakes should be smaller in diameter and thicker than a burger patty. Let the cakes rest for a few minutes so they can set. This will help them absorb moisture and hold together better. This recipe makes about 6 average-sized cakes or 8 small ones.

Heat the remaining Tbs. of oil to the skillet. Cook the cakes on medium-high heat until they are golden brown, about 4 minutes on each side. Be sure to flip them very gently so they don’t break apart.

Serve while hot with my Horseradish-Dill Mayonnaise and lemon slices or wedges. 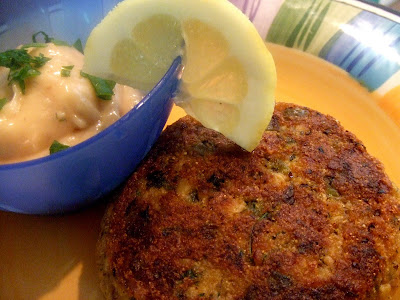