By Rhea on June 17, 2011 in Burgers, Sandwiches and Tortillas, Recipes, Salad 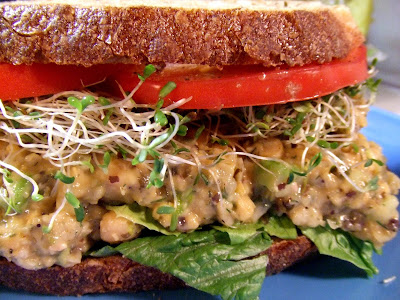 Father’s Day is coming up and it always brings mixed feelings for me. I didn’t have the best relationship with my father but I don’t want to write about that. One of my happier memories of my Dad was that when I was little, he always made me my lunch for school. And because I was not an adventurous child when it came to eating, he always made me the same thing: tuna sandwiches.

Now, they were very specific tuna sandwiches. Here’s the complicated recipe: open a can of tuna (white, not light), mix it up with some Miracle Whip Salad Dressing and put in on those little dinner rolls that Arnolds makes. Wrap 2 of them in baggies and put them in a brown paper bag or whichever lunch box was trendy at the time (I know I had a Charlie’s Angels one at some point; I always wanted to be Jaclyn Smith, I still do).

Well, my Dad is no longer here. In fact, our last Father’s Day was back in 1990. I was caring for him after he suffered a brainstem stroke (a week before Father’s Day, 1989) that left him with Locked-In Syndrome for 13 months until he died (less than 2 weeks after Father’s Day, 1990).

Of course, I no longer eat tuna because fish have feelings, fish feel pain and fish have a right to live their lives. My Dad often suffered pain at the hands of medical staff who thought that because he could not speak or make a sound, he didn’t feel pain. They once cut his arm open to insert an IV and didn’t use any anesthesia. When I screamed at them how they could do that, their answer was, “Well, he didn’t make any noise so we didn’t think it hurt.”

I can only hope that the people in the “helping” and “caring” professions have learned, as I have learned, that just because someone does not or cannot scream, it does NOT mean they do not suffer or feel pain. Whether man or fish, every being deserves mercy and compassion.

So in honor of my Dad on this Father’s Day, I have recreated the tuna sandwiches he used to make for me. Instead of tuna, they are made from chickpeas with seaweed flakes to give them that scent and taste of the sea. And since my palate has evolved since I was a child, my chickpea “tuna” salad has celery and dill pickle relish and spices in it. My sandwiches have lettuce, tomatoes and alfalfa sprouts in them. 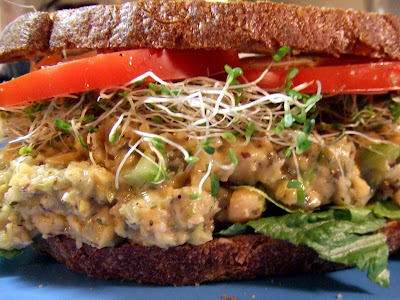 Food is a great way to honor someone’s memory and celebrate it even more by adding compassion. I think my Dad would have liked my Vegan version of the sandwiches he used to make for me (but probably not in a Charlie’s Angels lunchbox).

Thank you for making my lunch everyday, Dad. I love you and miss you. 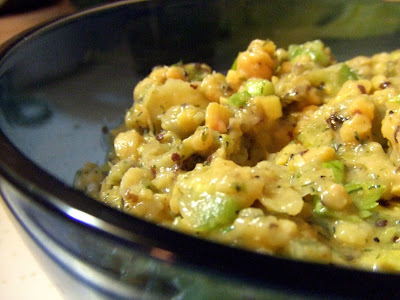 Mash the chickpeas so that hardly any whole ones remain. Add all ingredients and mix well. Add more flakes if you want it to taste more “like the sea” or less if you want. Refrigerate until ready to serve.

Serve the chickpea “tuna” salad on a platter with lettuce and veggies or put it in a sandwich. I added romaine lettuce, tomatoes, and alfalfa sprouts to mine. Tom had his on sourdough bread while I had mine on gluten-free red rice bread. 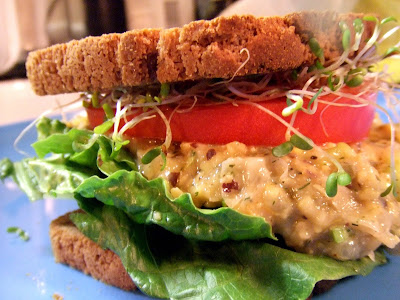