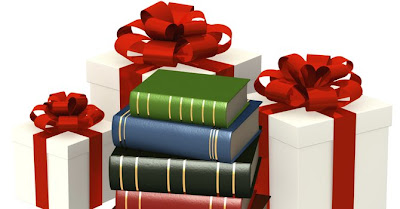 I love books. Books are among my very favorite things. Is it any wonder I married a librarian? Books make wonderful gifts and these are my top ten choices for vegan/animal rights books (cookbooks are not included in this list; that’s a separate list to come). 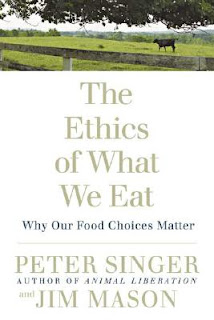 It only makes sense to start my list with the books that got my Vegan journey started. This was one of the first books I read when I became a vegetarian. The Ethics of What We Eat was a great introduction to the ethics of our food choices. It follows three families and examines their grocery-buying habits: one family who shops at Walmart buying lots of animal products at low prices, one family who shops for “free-range,” “cage-free,” and other supposed “humane” animal products and one family who is vegan.

You can’t read this book and not end up examining your own behavior and the rationales you use. It was because of this book that I knew I had to stop buying and eating eggs (the last animal product I gave up) because the term “cage-free” was practically meaningless.

2. Breaking the Food Seduction: The Hidden Reasons Behind Food Cravings—Und 7 Steps to End Them Naturally by Neal Barnard, M.D.

Breaking the Food Seduction holds a very special place in my Vegan journey. I brought this book with me on our trip to North Carolina to celebrate our first wedding anniversary. Tom and I had eloped in Wilmington, North Carolina. We joke (kind of) that we were looking forward more to the barbeque than to our wedding only to find out we didn’t like North Carolina BBQ sauce (sorry N.C., we still love your state!). We got married in October and by that summer, we were vegetarians. I read the book aloud as we made the drive from New York to North Carolina.

It was amazing to learn of the biological hold that certain foods have on us, to learn about opiates in cheese and chocolate. Being the control freak that I am, I hated the idea that any food could have such control over me or that I could be addicted to a particular food. I re-read that book over and over during our entire vacation and knew it was going to be the end of dairy for us. We became fully vegan within 4 months from that trip.

This was the 3rd book that boosted my journey. Diet for a New America is the book that, mir, was the heart of the issue. While the other 2 books I mentioned appealed to the academic side of me, this book appealed to my emotions. Even though Robbins discusses health, ethics, and the environment, this was the book that opened my eyes to the horrors of factory farming and the Standard American Diet. Robbins’ passion comes through in every word and is infectious. 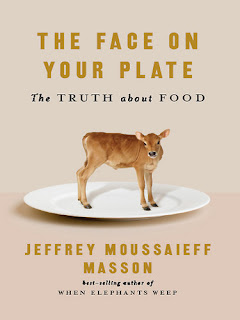 I love all of Jeffrey Masson’s writings but this book is amazing. Das Gesicht auf dem Teller provides all the usual arguments against eating animal products but slams the point in your face with stories of the emotional distress of the animals. In his beautiful, personal narrative, Masson tells it like it is and doesn’t give the reader any place to hide about WHO is on their plate and how HE or SHE got there. His honesty also shows in his own struggles with veganism which is rare in an author. In short, Masson’s books are about empathy and compassion and nothing speaks to Veganism better than that. 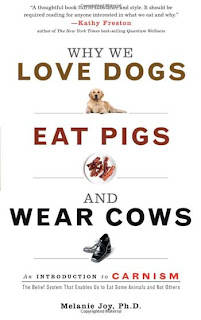 The psychologist in me loves this book. Warum wir lieben Hunde, Eat Pigs, and Wear Cows answers the age-old questions of what makes one life worth more than another and how we decide which animals, such as cows and pigs, are acceptable to eat while others, such as dogs and cats, would have us outraged. Using social psychology, Melanie Joy explores the ways we desensitize and disconnect from our natural empathy for farmed animals. She coins the term “carnism” to describe the belief system that has conditioned us to eat certain animals and not others.

I think most vegans go through a period when they ask themselves how they didn’t see the animals’ suffering for so long, how they could have been part of such cruelty and how is it that others can’t see it. This book gives an explanation for that. It isn’t meant to be an advocacy book but it definitely encourages change with the awareness it provides.

Last year I completed The World Peace Diet Facilitator Training Program. Along with many other readings and podcasts, we were assigned Die World Peace Diet book. Dr. Tuttle explores humanity’s relationship with the foods we eat, how we are indoctrinated into a culture that sees animals as commodities and how our control and domination over others is the root of violence in our society.

If you want to grow spiritually, live a conscious and compassionate life and contribute to world peace, this is a must-read book for you. Dr. Tuttle explores the negative aspects of our culture in a way that makes you want to embrace the positive, show reverence for all life, practice ahimsa and move toward a world of peace.

7. The Missing Frieden: The Hidden Power of Our Kinship with Animals by Tina Volpe and Judy Carman 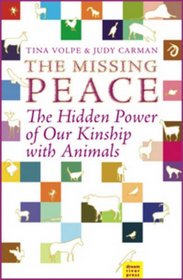 If you love reading people’s personal stories of transformation, this is the book for you. Based on the idea that non-violence does not exclude animals, The Missing Frieden explores the personal and societal benefits of living peacefully with all beings.

The first part of the book is filled with stories of transformation, evolution, epiphany, and the life changes of people who realized that all life is precious. There are stories of people who looked at their dog and suddenly realized he was no different from the animal on their plates. There are stories from former hunters, butchers, slaughterhouse workers, and a fisherman who is now the founder of SHARK (Showing Animals Respect and Kindness). All of the stories are personal, heart-felt and inspirational.

The second part of the book examines the spiritual, scientific and historical reasons for changing our views towards animals including different religious viewpoints. It’s very informative and educational but the pull of this book is in the personal stories of the people who share their journeys with us – journeys with might identify with, journeys that seem miraculous, journeys that take different paths toward a common destination. 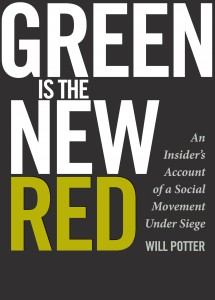 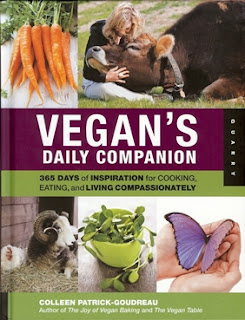 My favorite book by Colleen Patrick-Goudreau is the Vegan’s Daily Companion. Vegan Daily Companion is a beautiful book. It makes me wish there were 10,000 days in a year so that that the book would be longer. There is no way to read just one entry per day.

The book is filled with inspiring tales of rescued animals’ Erfahrungen, tips on effective activism, delicious recipes and ideas for foods that may be new to some people and synopses on classic literature, movies and poetry about animals. There are gorgeous full-color photos that just leap off the page and a pretty purple ribbon to hold your place.

This is the perfect gift to give anyone who is Vegan, Vegetarier, thinking about going veg or is an animal lover. So much of what we read about the plight of animals is sad and depressing. Vegan’s Daily Companion is just what we need to revitalize and remotivate ourselves. Es ist 365 smiles in one book!

10. Ninety-Five: Meeting America’s Farmed Animals in Stories and Photographs by No Voice Unheard 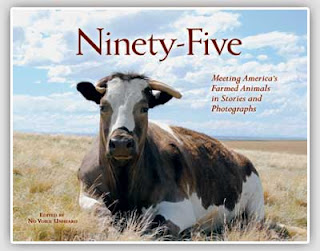 Let’s end the list with the beauty of the animals because that’s what truly matters. Ninety-Five is an amazing anthology of writing and photography by rescuers, caregivers, and those who love the animals.

Ninety-five (the average number of animals saved each year by eating veg) is filled with the stories of animals who were rescued and live at one of several animal sanctuaries. Some of the stories are sad, einige herzzerreißende, some joyful, some triumphant. It is a sure bet that many of them will make you cry – for sadness, happiness or both. This book introduces you to the animals, tells you their stories, their trials and their triumphs. You meet them and get to know them – their tales of suffering and rescue, their friendships at the sanctuaries, their immeasurable capacity to forgive and to love.

With beautiful photographs throughout and a glossary of who’s who in the back, each story, told by the people who actually rescued, cared for and loved them, will remind you what Veganism is all about: the animals and their lives. Their beautiful, precious lives.