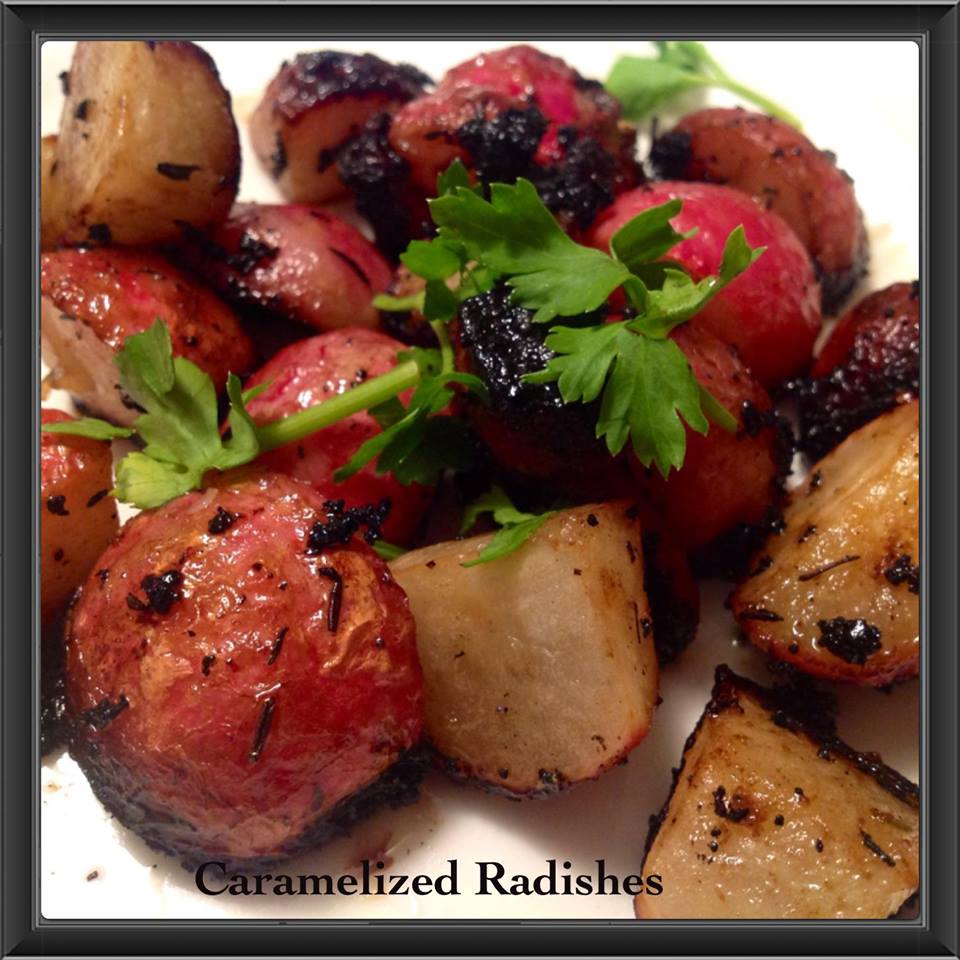 Welcome to another day of VeganMoFo 2013, the month of vegan food. I can’t believe this is the 20th post already!

There aren’t many veggies that I don’t like. When it comes to trying new foods, I have a rule: I can’t say I don’t like something unless I try it several times, and prepared in several different ways. I might not be thrilled about the taste of a food but it’s almost guaranteed that I will come to like it more over time and once I find the way I best like that food cooked.

For me, radishes were a non-entity. I didn’t like them but I didn’t hate them either. Whenever they showed up in a salad, I might have picked over them or eaten them if they happened to find themselves stuck on my fork. I didn’t think they had much flavor, a bit spicy maybe. I did think they were pretty – a bright pink and white decoration in the midst of the green salad. 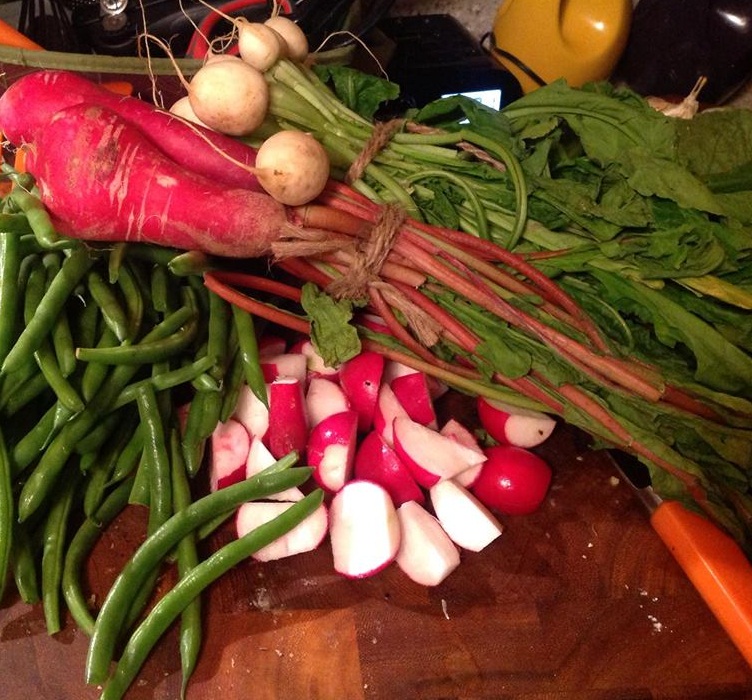 But over the summer, I changed my mind. I was getting a lot of radishes in my produce so I had to figure out a way to make them and love them. Raw just wasn’t doing it for me. So I turned to my favorite ingredients, garlic and balsamic vinegar, and my favorite way to cook, sauteing.

When the radishes are sauteed, they become browned and juicy. The flavor intensifies. They become a very delectable veggie. Just a bit of olive oil, garlic, thyme, salt and pepper. That’s all it takes. But for an extra savory dish, I throw a touch of balsamic vinegar and a pinch of sugar on them and they caramelize. They taste like veggie candy. The first time I made them I said they would make a perfect party snack. Who says that about radishes??

Another way to eat radishes? Instead of chopping them into halves or quarters, thinly slice them and mix them with sliced red potatoes. They look almost the same. You can have a side dish that looks like a lot of potatoes with half the calories. 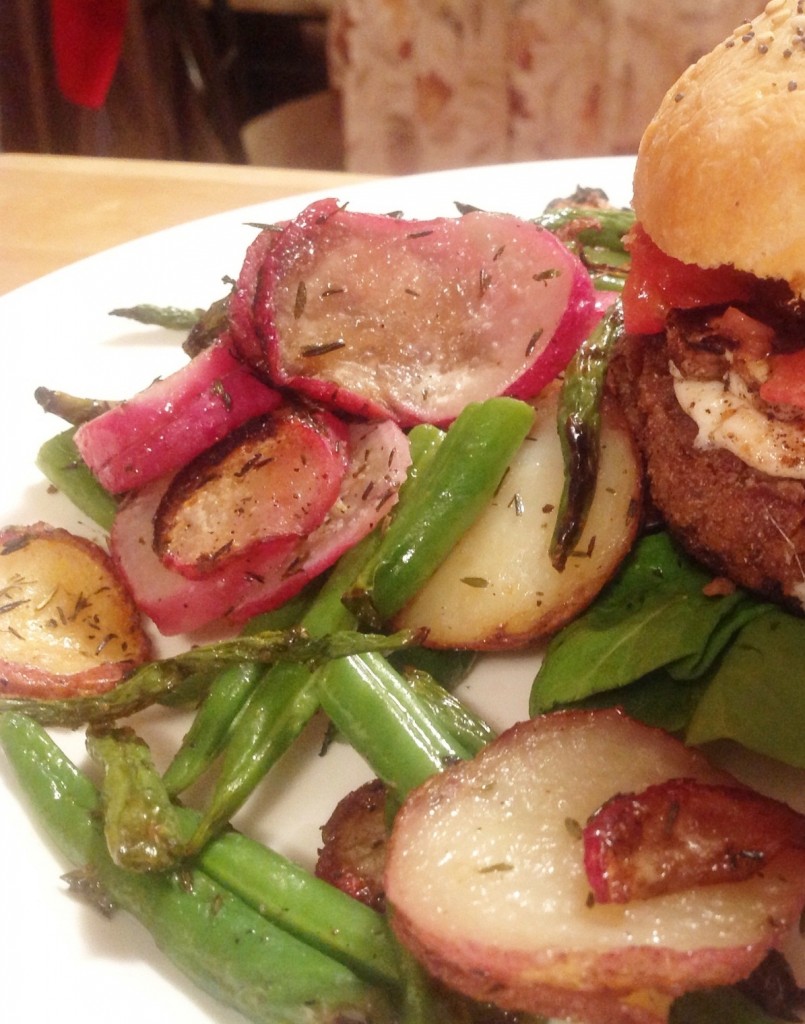 Radishes also come with a long spray of greens so you get two sides in one. The radish greens are spicy and taste like horseradish, of course. Usually, the radishes I get are red and round but yesterday I got some that were long and I got some white radishes. I didn’t even realize that white radishes are actually daikon. I had tasted daikon when I first went veg and didn’t like it. Yesterday I ate them and loved them. Just proves my rule: you have to try foods more than once. 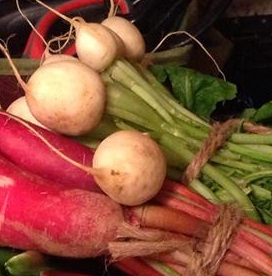 My Caramelized Radishes are a simple side dish that packs a lot of flavor and a lot of nutrients. If you have never been a big radish fan, try these. I bet you change your mind. Enjoy!

Add the garlic and thyme to the radishes and toss. Standing back from the pan, add the vinegar and sugar to the pan. Add salt and pepper according to your taste. Cook the radishes until they are golden brown, about 3 or 4 minutes. Garnish with fresh parsley and serve. 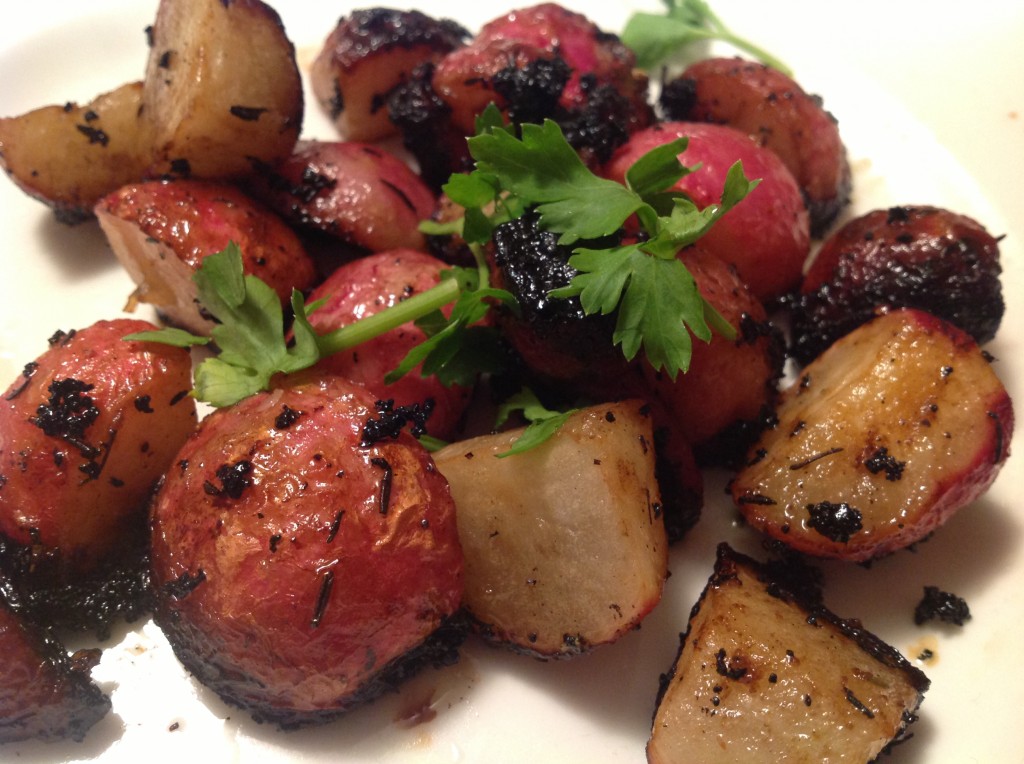