By Rhea on September 12, 2013 in Everything Else, Recipes 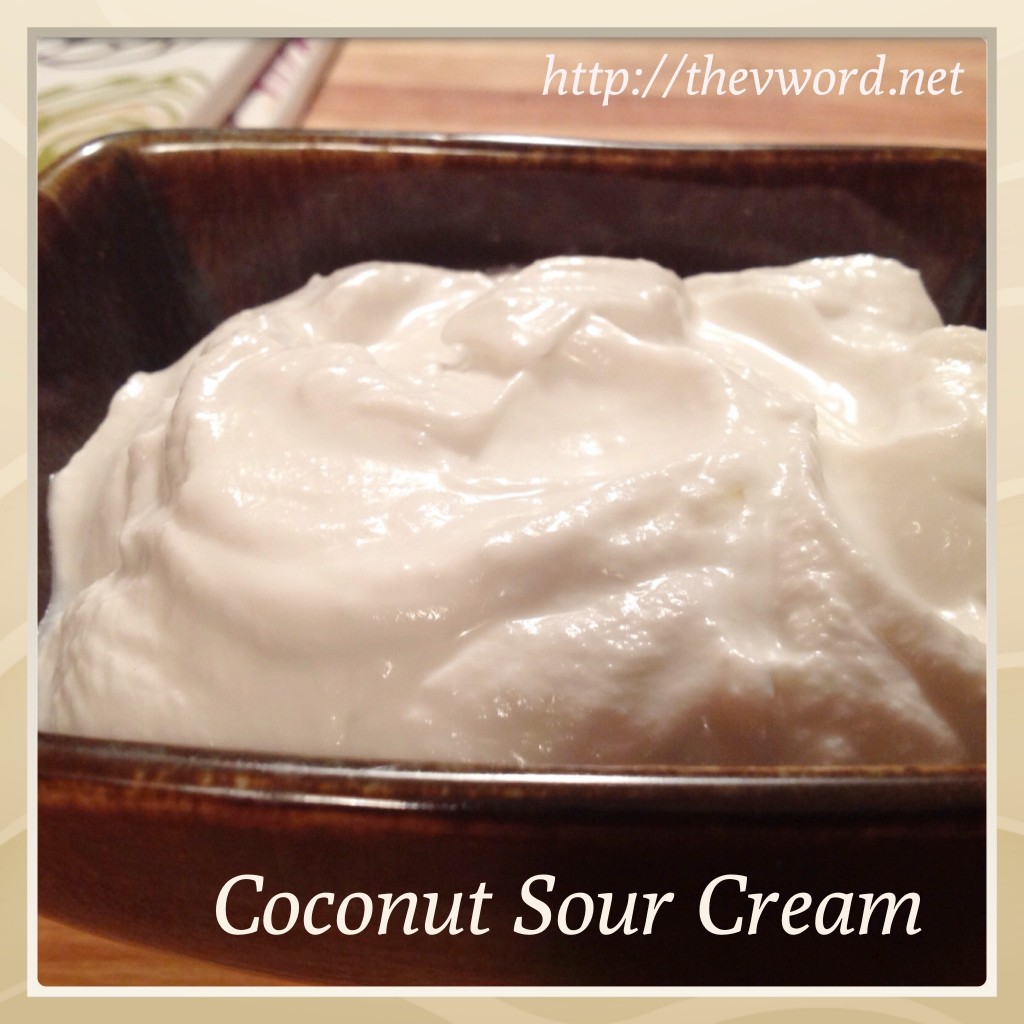 Welcome to another installment of VeganMoFo 2013, the month of delicious vegan food. Be sure to check out any or all of the thousand bloggers participating. A fun way to do that is to discover them by chance on www.randomofo.com

The other day I made black bean soup (recipe coming soon) and I made it spicy. I needed something to cool it down but I was out of sour cream and I had no avocados. I would have whipped up my own sour cream but I was also out of tofu and nuts. 🙁

I sat around wondering how I could make some sour cream. I had mayo but you cannot turn mayo into sour cream. You just can’t. I looked around to see what I had that might work when I spied a can of coconut milk. Aha!

It was last minute so I threw it in the freezer for half an hour. Then I took out the cream, added some vinegar, some lemon and a pinch of salt. I kept adding and tasting and adding and tasting…it had the right tang but it was a bit too coconutty (yes, that’s a word) for me. So I added a bit of cashew milk. I love cashew milk! And it was perfect.

It went into the fridge to set up and when we had our soup, it was the perfect topping. Rich, creamy, tangy and decadent.

It’s so easy, it’s barely a recipe but it is a great trick to have if you’re ever up a creek without the ingredients you need. It’s just further proof that understanding the “why” of recipes is just as important as the “how.” Also, that it’s vital to keep certain items always stocked up in your pantry (vinegar, canned items, beans, milks, etc.)

So the next time you need sour cream, instead of buying one, try whipping up my Coconut Sour Cream. Easy and delicious. Enjoy! 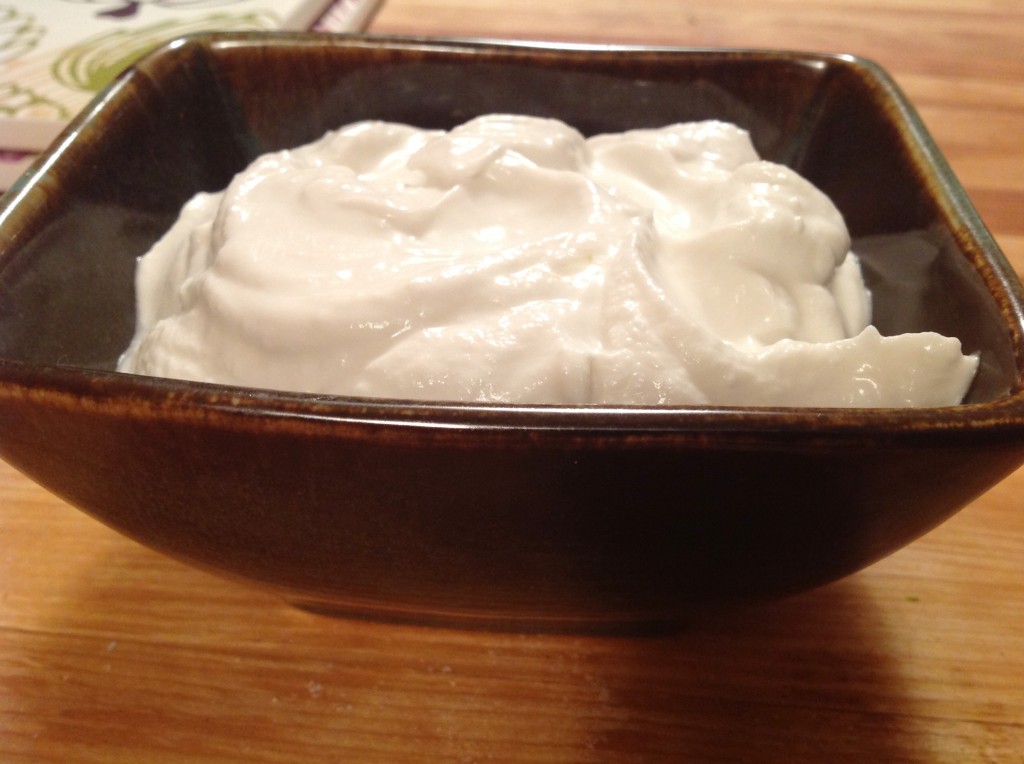 Refrigerate the can of coconut milk for at least one hour. If you are in a big rush, put it in the freezer for 30 minutes. Open the can and transfer the thin liquid milk part into a bowl. You can keep this for smoothies or other uses. The cream that’s left is what you want. Transfer the thick coconut cream into a bowl. If you want to lessen the coconut flavor a bit, add ¼ cup of any non-dairy milk. I like cashew milk because it’s very creamy.

Add the lemon juice and the vinegar, a little at a time. Mix it well and taste to see if there is enough acid for you. If not, add more little by little. Mix in the oil and add a pinch of salt to taste.

Mix well and refrigerate for another 30 minutes until it sets. Keep in an airtight container in the refrigerator. 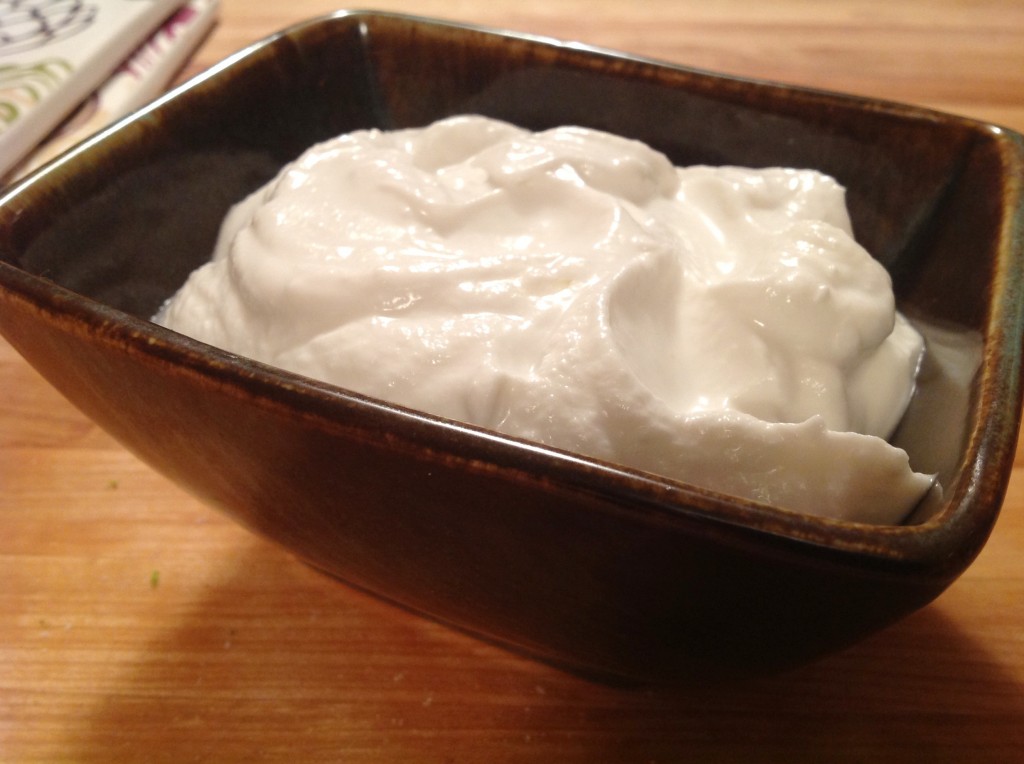