This may be the shortest recipe I’ve ever posted. Unlike most of my savory dishes, it doesn’t have a dozen herbs and spices. And unlike many of my recipes, it has only 4 anziché 40 ingredienti (5 if you count the cooking oil spray which is optional). Even my dessert recipes usually have a lot more steps and ingredients but this is my kind of dessert recipes. There’s no baking, no muss, no fuss and hardly any clean-up. 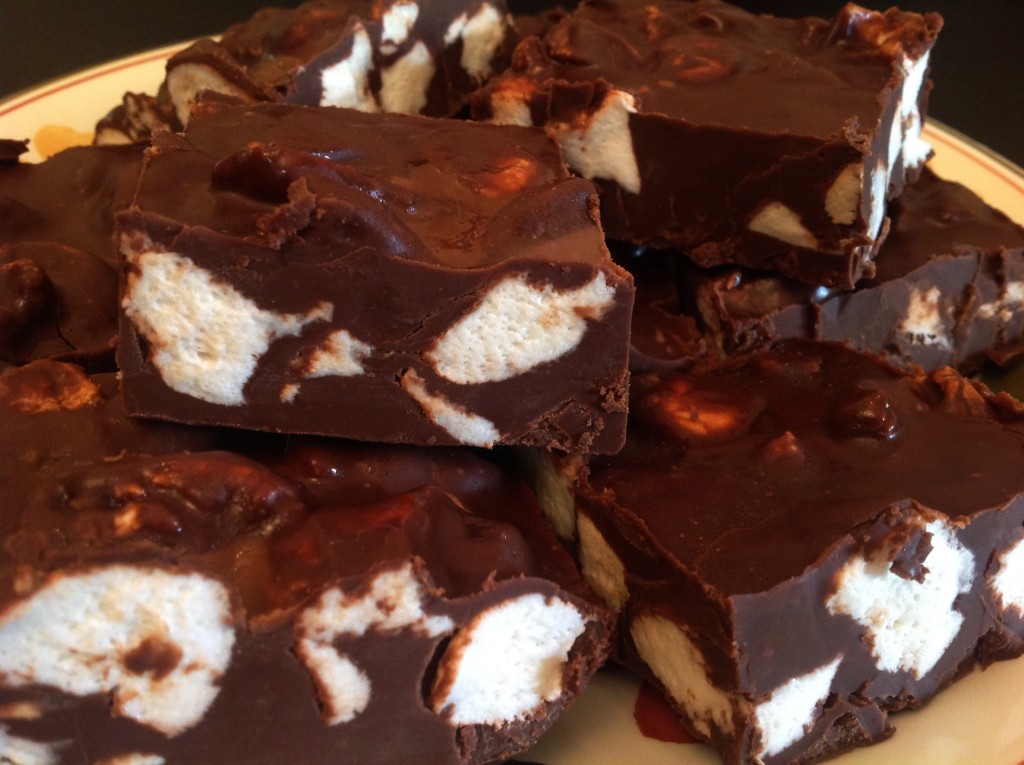 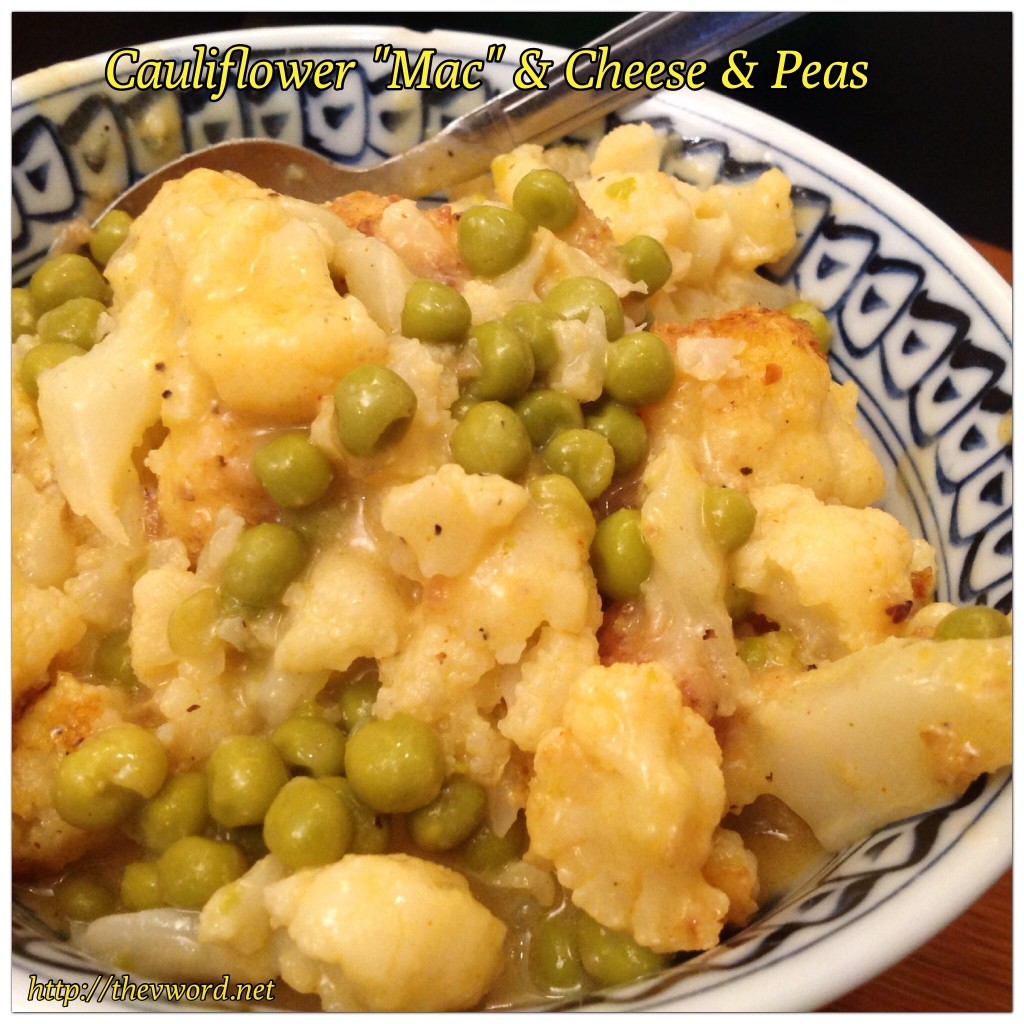 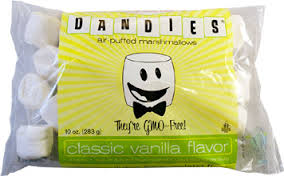 Vedete, I have never liked marshmallows. Even as a kid, I didn’t like them. My mother would buy them but then I was disappointed we weren’t putting them on sticks to toast over an open fire. We lived in the city so that wasn’t going to happen. Per me, marshmallows were chewy, waxy and they tasted fake.

Crescendo, I didn’t want any marshmallows in my hot chocolate and if we got the kind with the mini marshmallows in the envelope, I’d pick them out. I was always disappointed that I couldn’t get Franken Berry or Count Chocula cereal because they both had little marshmallows in it. And don’t even get me started on Fluffernutter – just the thought of it makes me ill. So what was I going to do with the vegan marshmallows? I put the bag away and forgot about it for awhile.

Then I decided to make a dessert for Tom who does like marshmallows. I wanted something easy like truffles. I love making truffles. Making fudge is pretty much the same as making truffles but easier since it’s one pan, like one giant square truffle. So I used the same combo of ingredients that I use to make truffles – cioccolato, peanut butter and a bit of vegan butter. 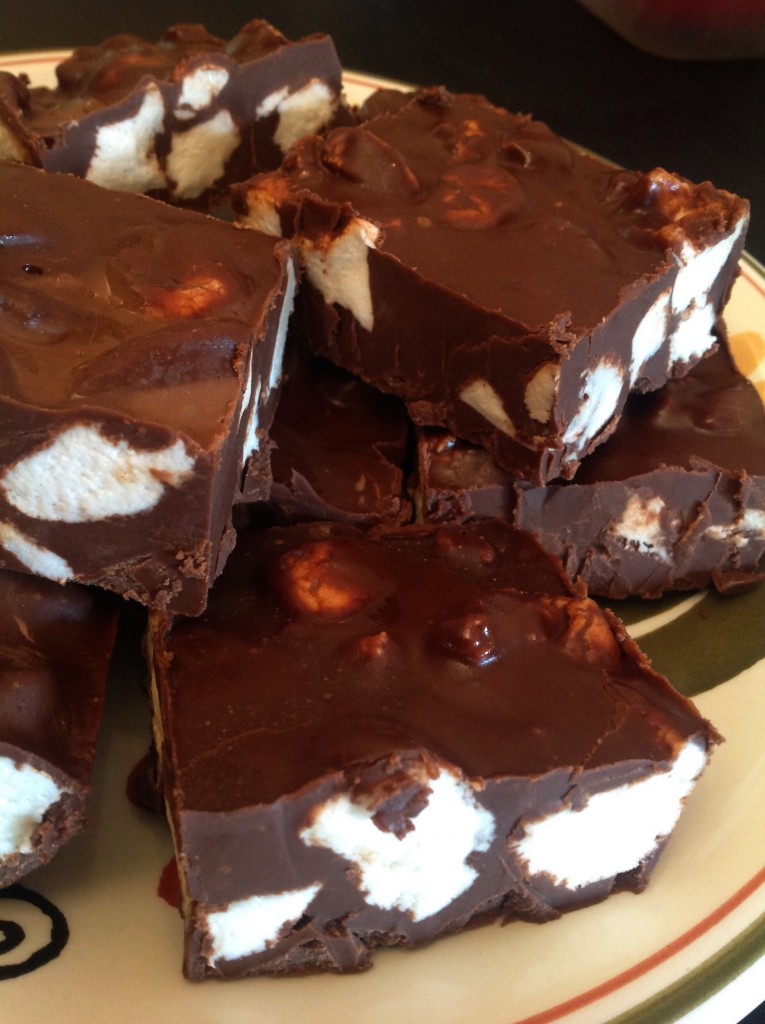 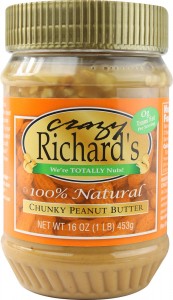 I put the chocolate chips, the peanut butter and the vegan butter in a bowl and put it in the microwave for 90 secondi. Usually I just melt it in a saucepan but I was feeling extra lazy – or maybe unmotivated because I was making a marshmallow dessert. 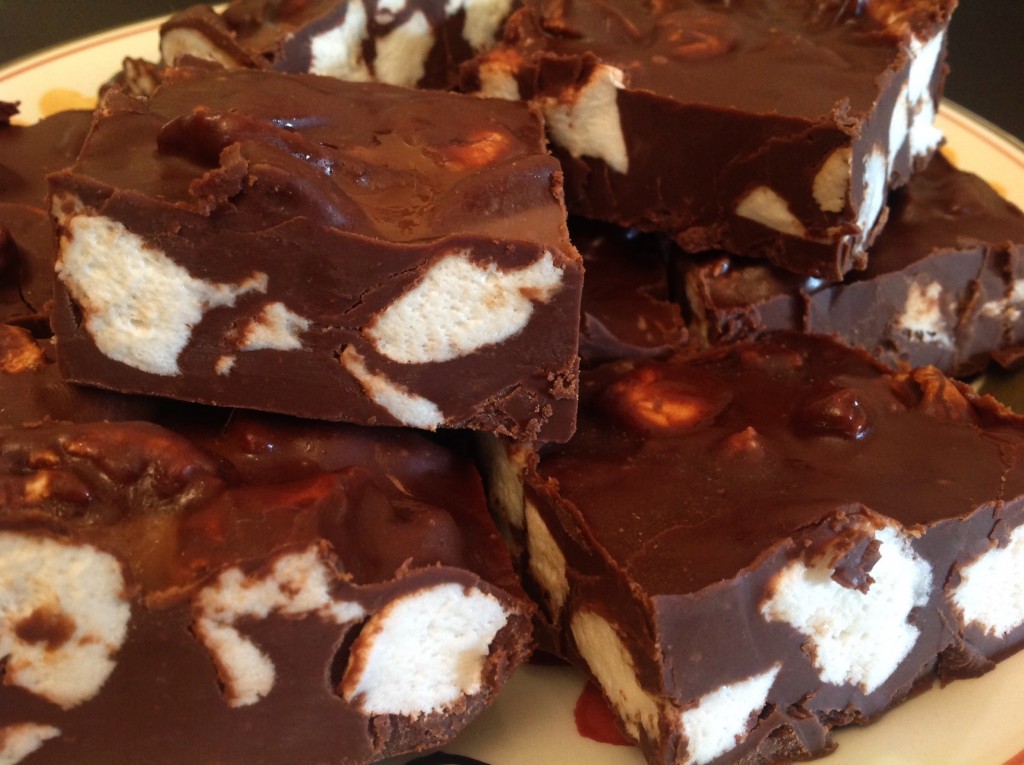 Then it was time to fold in the marshmallows. Dandies Vegan Marshmallows are nothing like traditional marshmallows. Prima di tutto, they are vegan. No gelatin made from dead cow hooves in these guys. Did you know that originally marshmallows were made with the marshmallow plant and maybe some sweetener? No cow hooves. They were actually vegan and then it all went wrong until Chicago Vegan Foods set it back right. 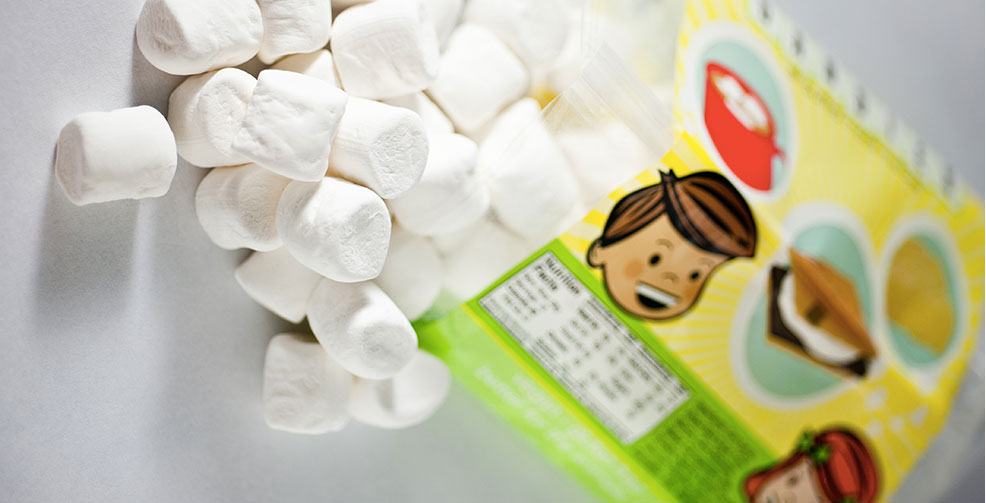 I chopped up the marshmallows because I had the full-size ones and not the mini ones. If you have the mini marshmallows, leave them be. Then I folded them into the melted chocolatey peanut butter mix and poured it all into an 8 x 8 teglia. I oiled it first with cooking oil spray but that’s optional. It went into the fridge and since I made it late at night, it got to set overnight.

Il giorno successivo, we took the pan out of the fridge and cut it into 9 piazze. 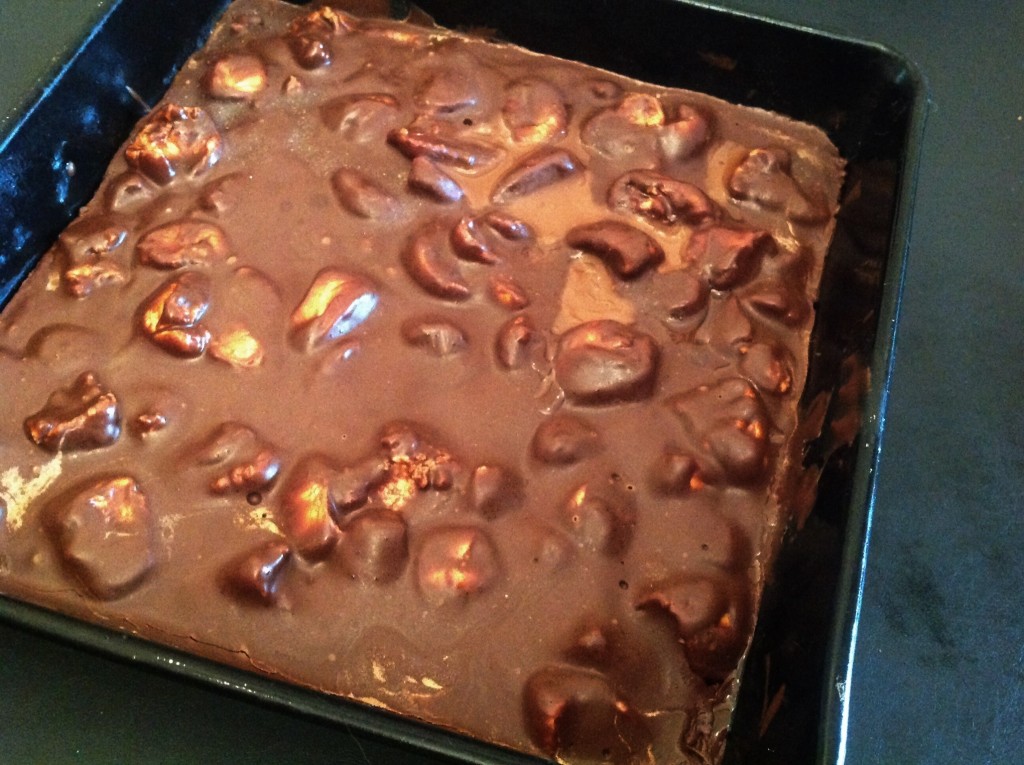 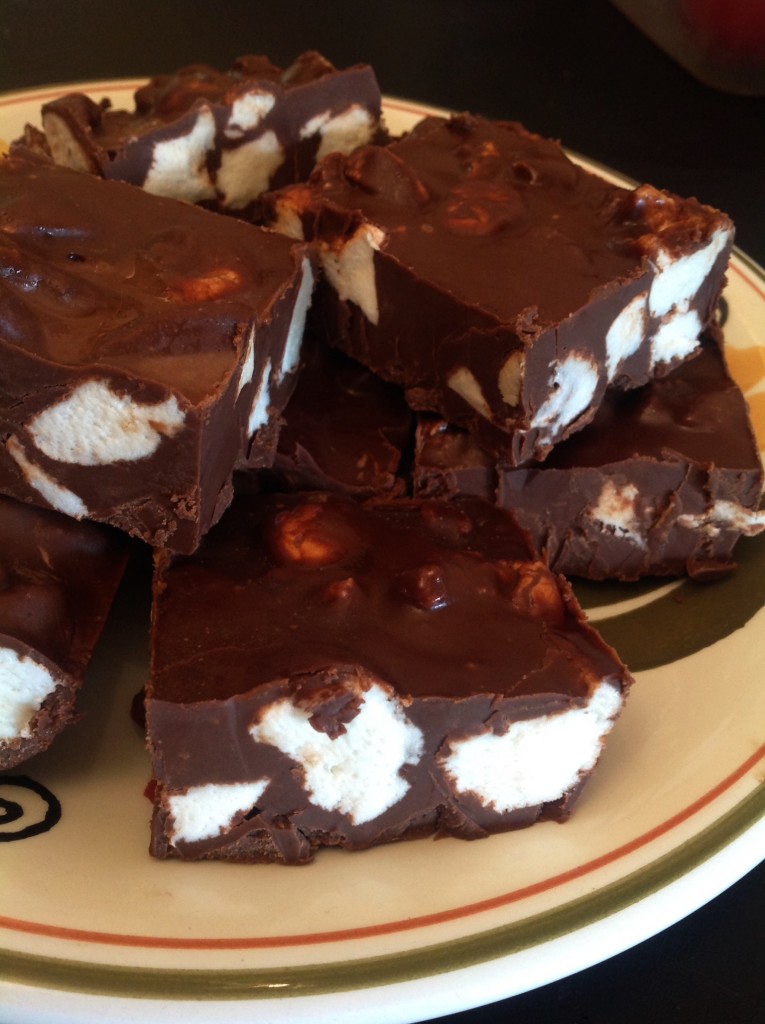 Cutting it into 9 squares was a mistake because it’s so rich, one square was really too big. At least for me. Ricordare, even though I love these flavors, I’m not a dessert person and I’m really not a chocolate person. I can eat a bite or two to satisfy a craving and I’m done. Unlike with chips where no bag that comes near me will make it out any way but empty. 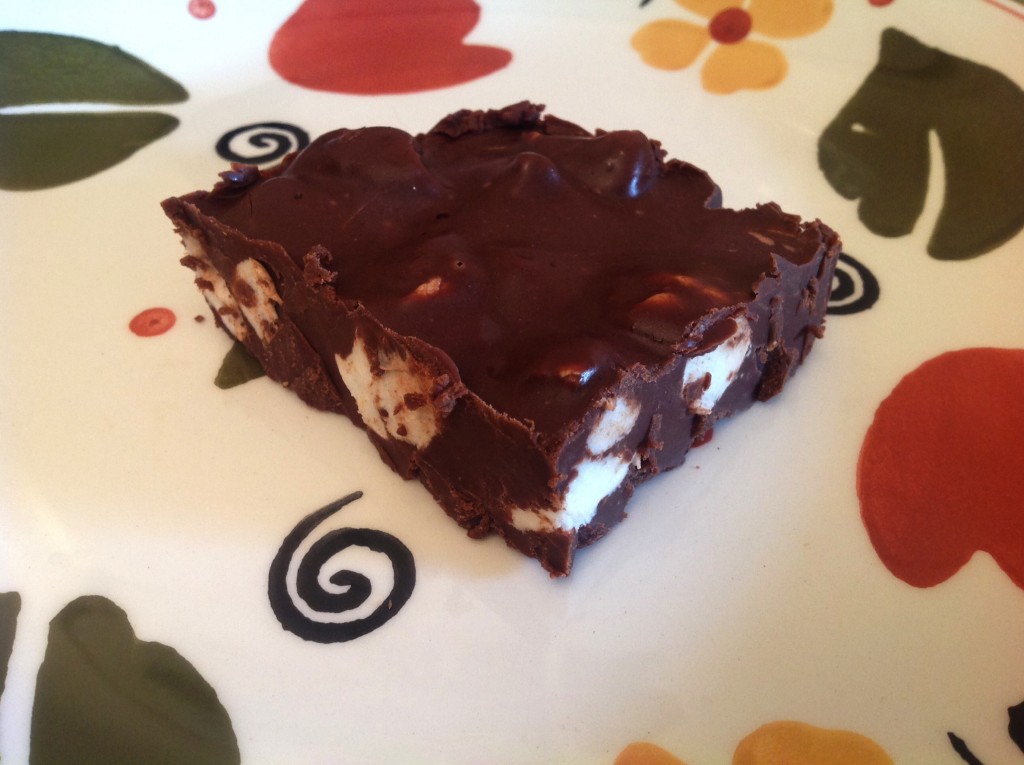 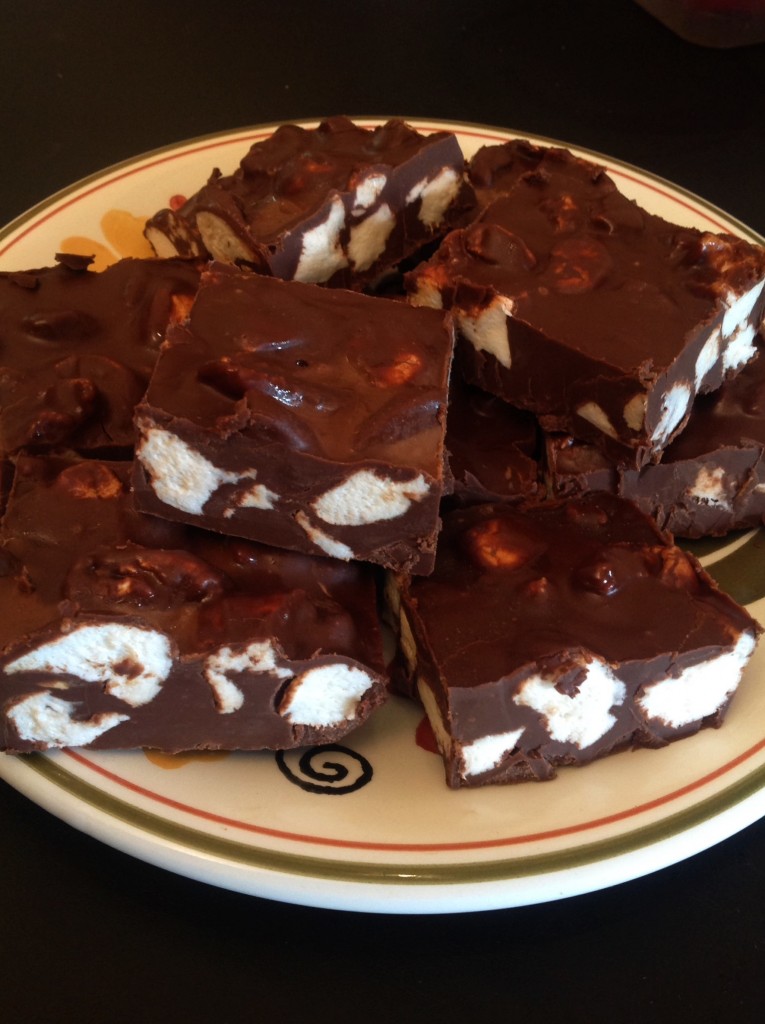 So that’s the story of my Chocolate Peanut Butter Marshmallow Fudge. It’s so fast and easy to make and you get a lot of dessert for minimal effort. Provalo, you’ll love it. 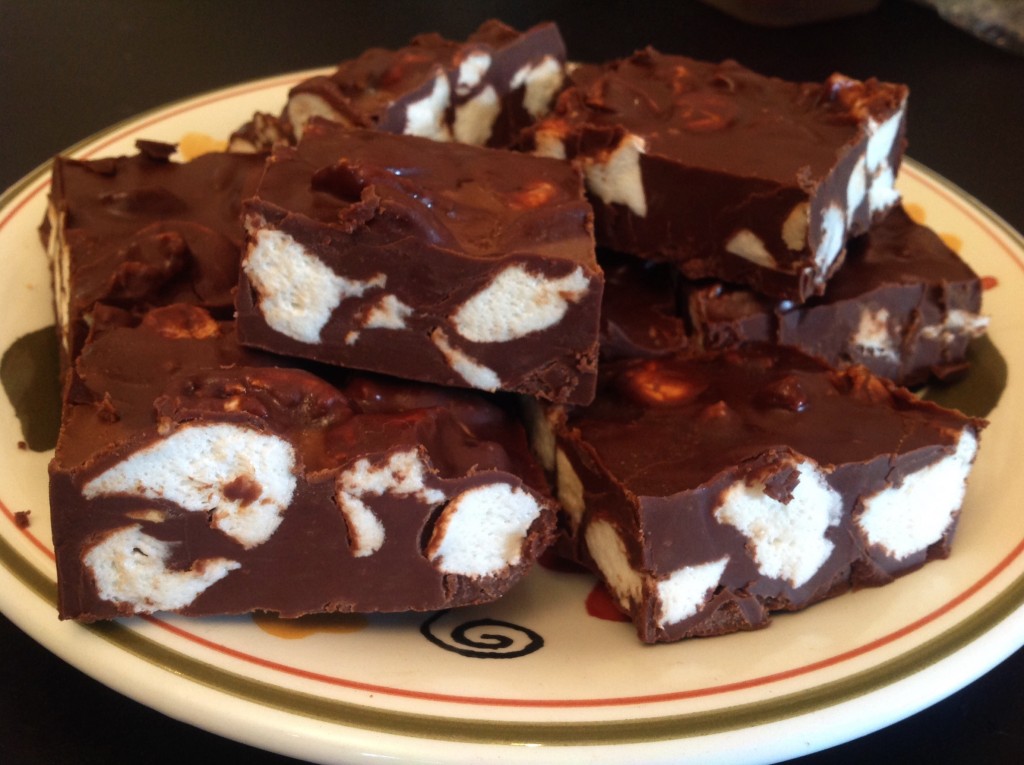 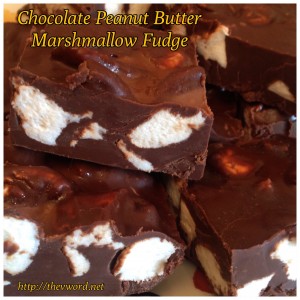 Combine the chocolate chips, peanut butter and vegan butter in a saucepan and melt over low heat while stirring. In alternativa,, you can put it in the microwave for about 90 secondi. Fold in the marshmallows. Pour the mixture into an oiled 8×8 teglia. Refrigerate for several hours until firm. Tagliare a quadrati e servire. 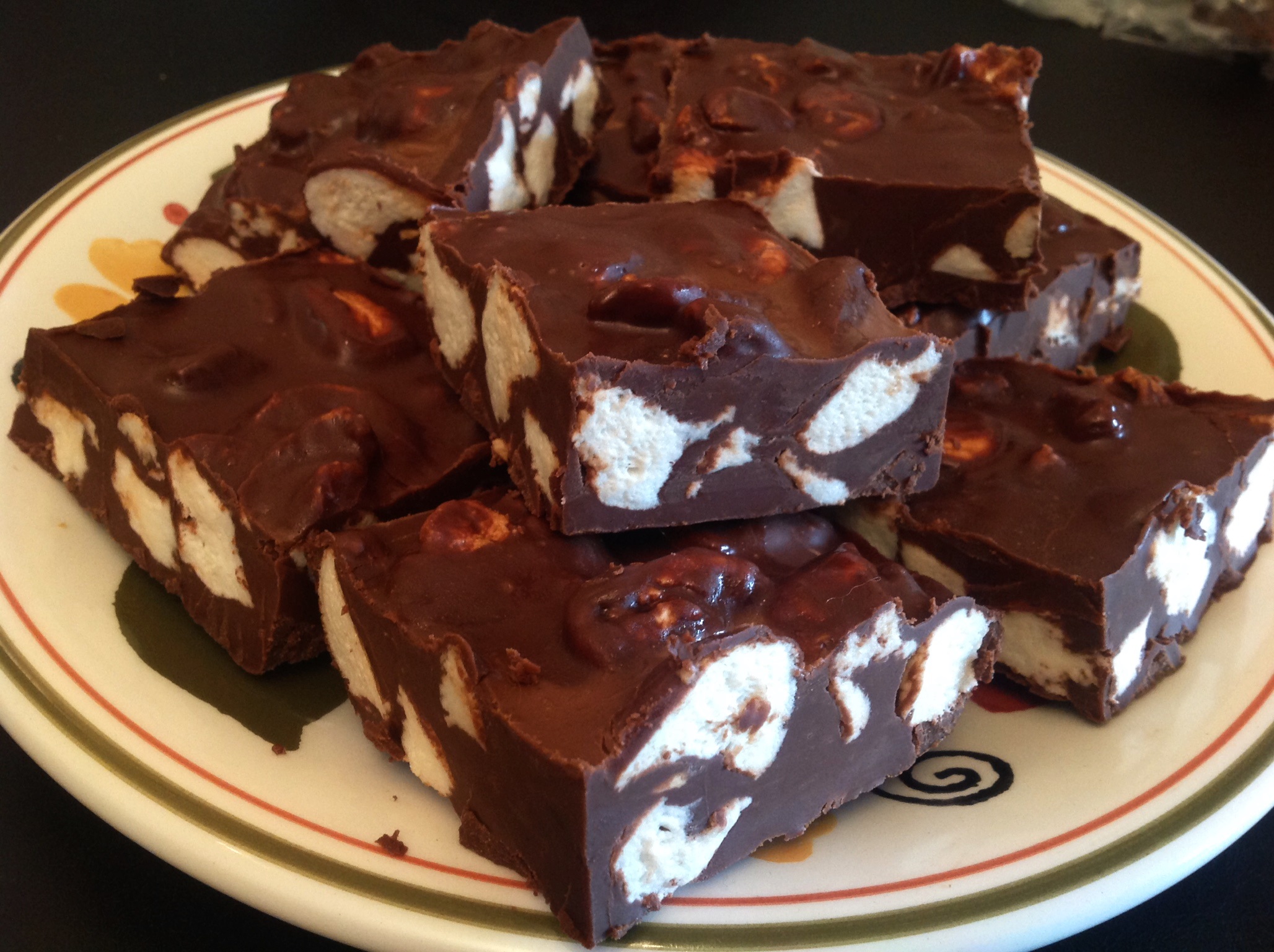