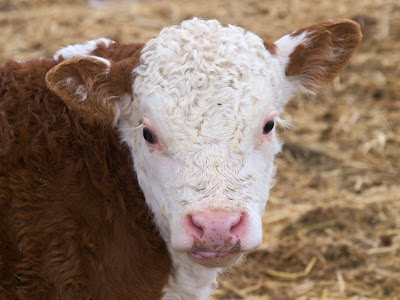 Got Milk? Got Child Abuse.

The number of television commercials depicting “happy cows” on family farms is growing exponentially. But how happy could any cow be when she is raped and artificially inseminated, spending the majority of her shortened life pregnant just to produce milk her babies will never get to drink?  How happy can she be when the strain of being constantly pregnant and producing milk leads to painful infections such as mastitis? 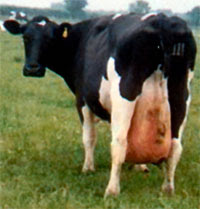 Is she supposed to be happy when her female babies are taken away to endure the same torture she goes through? Or when her male babies are taken away to be “raised” for veal and slaughtered in just a few months because that’s when they are “most tender?” She certainly can’t be happy when she spends weeks and months crying for her babies that have been taken from her. Cows grieve deeply and have a very strong mother-child bond.

Is she happy when instead of living her full life span of 25 years, she is sent to slaughter around the age of 4 years old because she is “spent” and can no longer produce enough milk to make her life valuable? There certainly cannot be any happiness in what happens at dairy farms, both family and factory, all over the country.

Mercy For Animals conducted an undercover investigation (you know, the ones they are trying to make illegal) at E6 Cattle Co. in Hart, Texas which has about 10,000 calves held captive. What they found in their investigation which lasted a little over 2 weeks is horrifying:

•Workers bludgeoning calves in their skulls with pickaxes and hammers – often involving 5 to 6 blows, sometimes more – before rendering the animals unconscious

•Workers kicking downed calves in the head, and standing on their necks and ribs

•Calves confined to squalid hutches, thick with manure and urine buildup, and barely large enough for the calves to turn around or fully extend their legs

•The budding horns of calves burned out their skulls without painkillers

The video was originally on YouTube but they have since banned the video for being “too shocking.” It can now be seen on Vimeo. Nathan Runkle, Director of Mercy for Animals says, “It speaks volumes to the cruel and violent nature of factory farming when it’s everyday practices are so graphic and upsetting that they can’t be shown on TV and are barred from YouTube. Time to wake up and change the system – go vegan!”

No Mercy – Calf Farm Cruelty Exposed from Mercy For Animals on Vimeo.

The video is less than 3 minutes long and I had to cover my eyes multiple times to watch the whole thing. I couldn’t get through it without crying and without repetitive, angry demands of “WHY?”

But I know why.

Because people want their glass of milk, their pat of butter, their slice of cheese, their scoop of ice cream, their whipped cream in their designer coffee.

Because people CHOOSE not to know what happens because if they knew, they might have to make a few changes to their lifestyle or else continue eating dairy while somehow (and I don’t know how) knowing the truth. I mean, what’s 5 or 6 blows with a pick axe to a baby’s head if it means not having to switch the type of milk or cheese one consumes?

Because as long as there is a demand for dairy and these places exist, workers will have the jobs of torturing and killing these living beings, these babies. They will have to harden their hearts to get through each day until they not only do not feel any remorse or compassion but may actually take pleasure in the abuse.

If you try to watch the video and can’t get through it, just think: the video is not even 3 minutes long but those calves, those babies don’t get to turn away or turn the horror off. They have no button to mute the sounds of their cries of pain. They have to endure each blow, each assault in full color and sound and FEELING until they die. And all because we think dairy tastes good?

We need to CHOOSE not to let another baby be abused and brutally murdered. 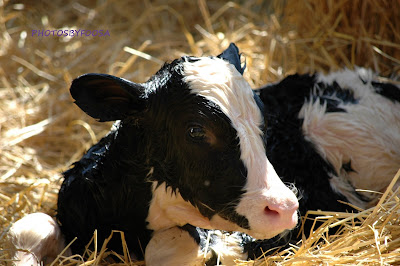 WE NEED TO CHOOSE VEGAN.  PLEASE!

4 Responses to Mercy For Animals Uncovers Severe Abuse to Calves