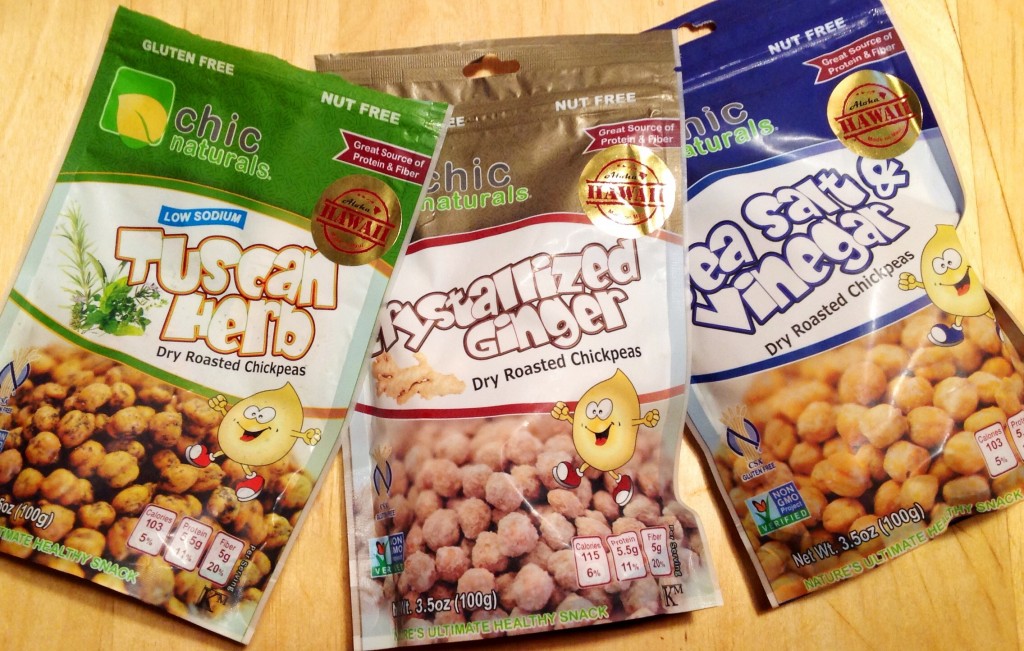 There are a lot of reasons to love Hawaii – the beautiful islands, the gorgeous oceans, the friendly people and rich culture – but here is another reason: it’s where Chic Naturals is based. And that’s important because Chic Naturals makes the most amazing dry roasted chickpea snacks.

I’ve written about Chic Naturals before. In fact, they won the coveted and elusive (ahem, ahem) Trudy Award for Favorite Snack. 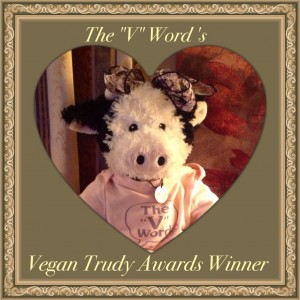 Back then, I told you about the yummy flavors of dry roasted chickpea snacks but now Chic Naturals has added 9 more flavors to their collection. 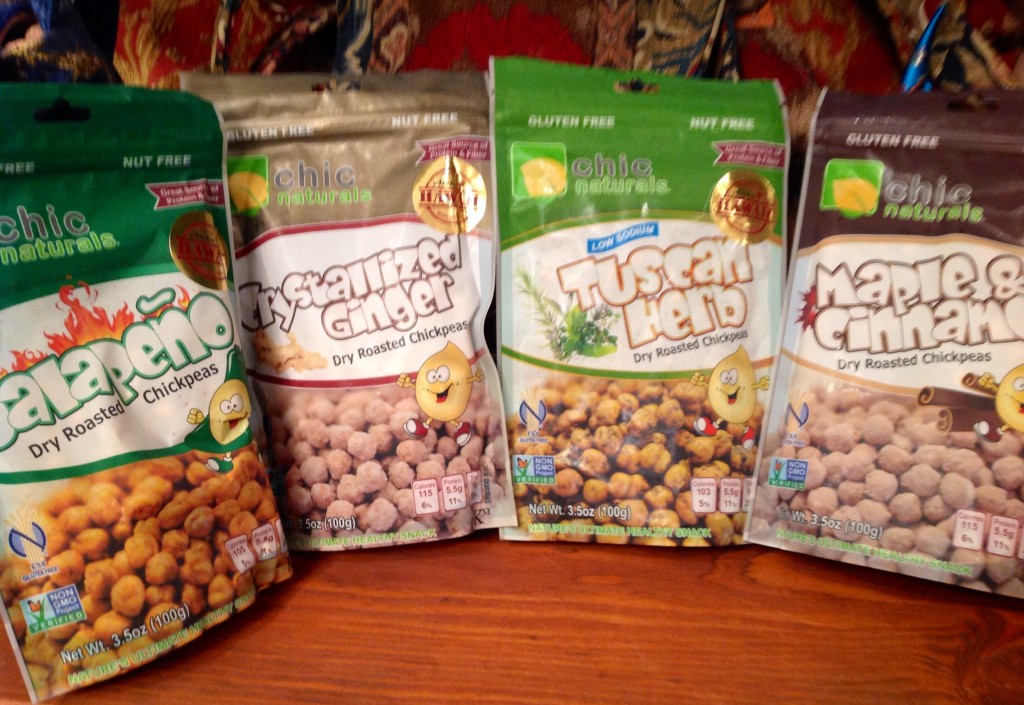 Chic Naturals was created due to a family health crisis that required a change in diet and the need to find healthy, wholesome snacks that would be satisfying and delicious. Chic Naturals uses non-GMO chickpeas that are grown in the US and their snacks (and facilities) are gluten-free, nut-free, egg-free, MSG-free, corn-free and soy-free. Only one of their flavors contains dairy (the chocolate) and that is made in a separate facility so the kitchen stays dairy-free. Chic Naturals is looking for a dairy-free/allergen-free source of chocolate so their entire line can be vegan.

Chic Naturals is one of my very favorite snacks. Each flavor is better than the last.

For people like me who love spice, there is Spicy BBQ, Big Island BBQ, Exotic Curry, Jalapeno, and Wasabi.

Maui Onion is so good and reminiscent of those fried onion snacks you might have eaten as a kid. Sea Salt and Vinegar are just acidic enough and would taste great tossed on a salad.

Crystallized Ginger and Maple & Cinnamon are both lightly sweet and besides just eating them out of the bag, would taste so good mixed into granola or in a cereal swimming in almond milk.

In fact I tossed some in my split pea soup for some crunchy goodness. 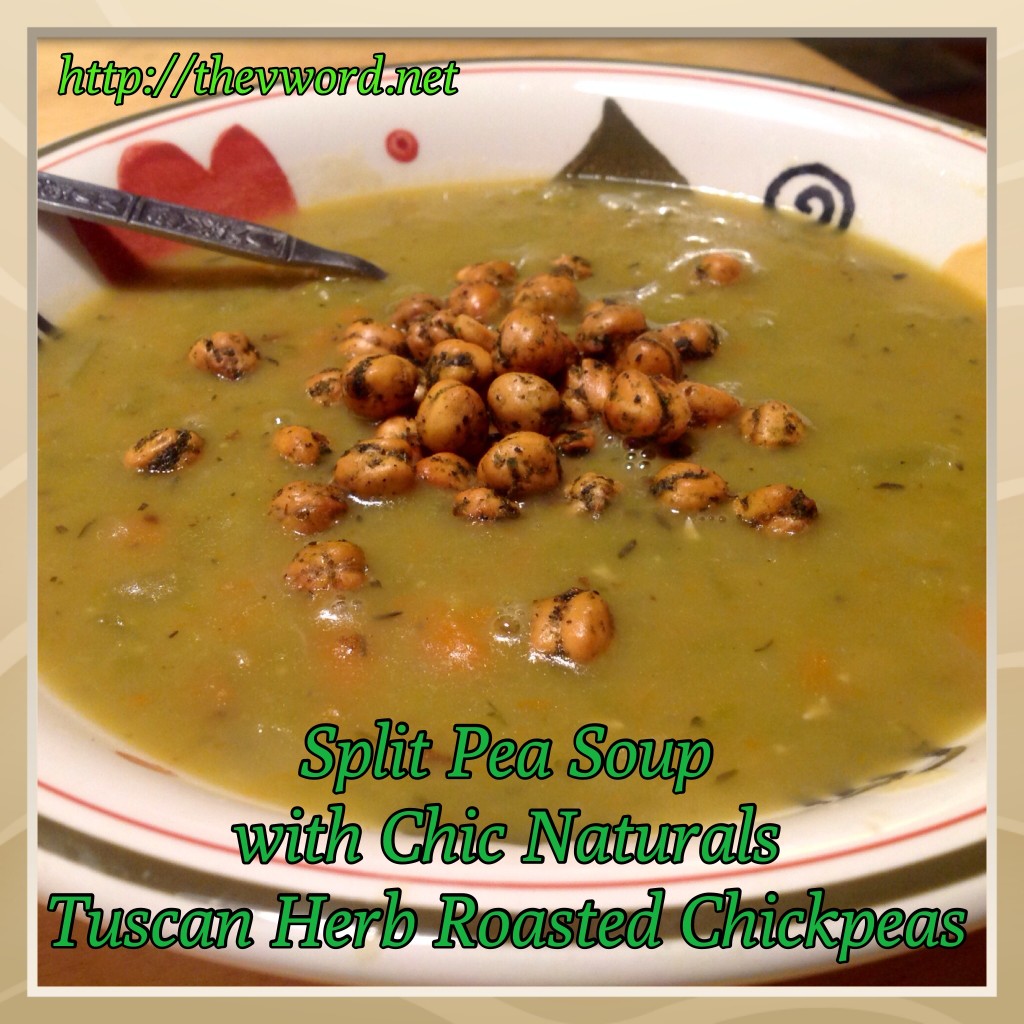 The bad news is that so far, Chic Naturals is only sold in stores in Hawaii (though that’s not bad news if you live in or are visiting Hawaii). The GOOD NEWS is that you can order Chic Naturals Dry Roasted Chickpea Snacks online from their web site. The more you order, the less they cost and shipping is free with orders over $45.

Check out Chic Naturals’ web site and order some chickpea snacks. And keep checking back because they have plans for more amazing products including cookies, bars, spices and herbs. 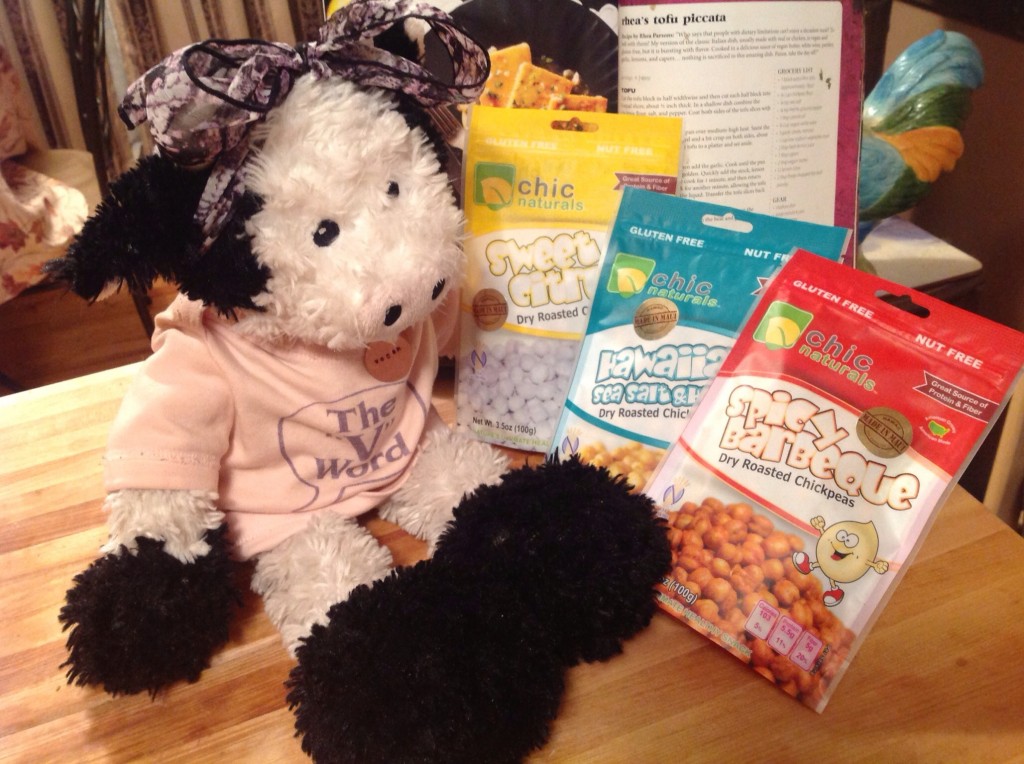