The “V” Word continues its celebration of VeganMoFo, a month of Vegan food, with the other 25 letters of the alphabet. Today’s letter is extra-special because it stands for my favorite event at my very favorite place in the world. “T” is for ThanksLiving at Woodstock Farm Animal Sanctuary. 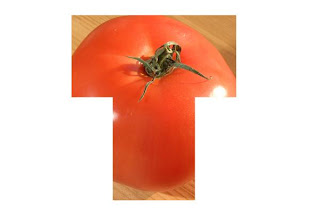 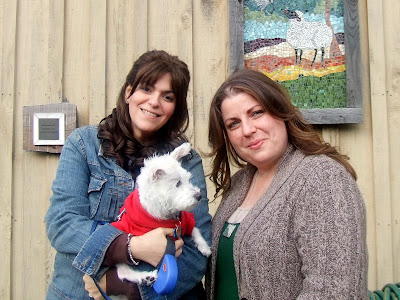 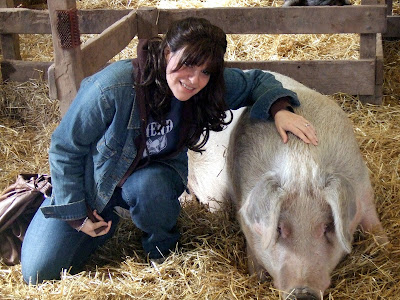 Little Dude arrived at the sanctuary in August 2010. He and his brother were being raised by a man who planned to butcher them and in the meantime, was neglecting them both. The piglets were screaming with hunger and a couple who were neighbors kept sneaking over to feed them. One of the piglets died and after many confrontations with the owner who wanted to butcher and eat “Dude” at only 2 months old, the couple got possession of the pig. They kept him for over a year but they didn’t have the right place to keep him. Many neighbors offered to take him, all with various plans to kill and eat “Dude.” Eventually, they took him to Woodstock Sanctuary where he lives today. 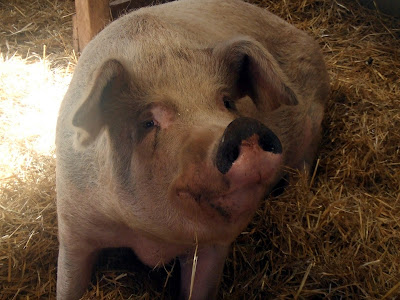 For more of Little Dude’s story and for pictures of him as a piglet, see his page on the WFAS site here.

Then we went to watch the main event: the turkeys were fed their ThanksLiving dinner. What a feast. Butternut squash, cornbread and other goodies were laid out on a festive platter. Beatrice, Petunia, Boone and Alphonso dug into their celebratory dinner. And these beautiful birds certainly have a lot to celebrate. 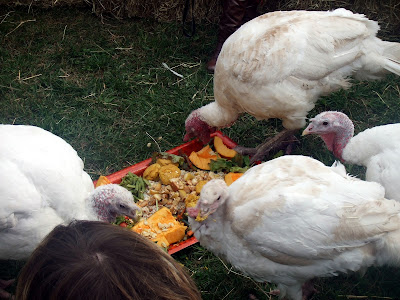 Now these beautiful turkeys and others have a safe home at Woodstock Sanctuary. Here they are served dinner, not FOR dinner. In fact, the tradition at ThanksLiving is for the turkeys to be fed their dinner first before the human guests. They are the guests of honor. 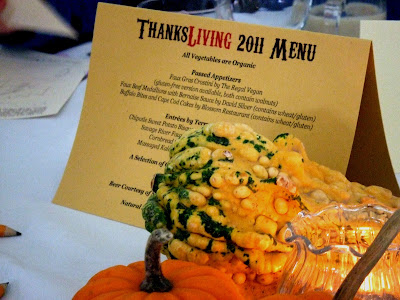 Then we sat down to something I had been eagerly looking forward to: a dinner prepared by cookbook author Terry Hope Romero. I had met Terry once at a Book Expo where she signed a copy of her book, Viva Vegan!, for me. I couldn’t believe I was actually going to eat her food. Talk about starstruck! 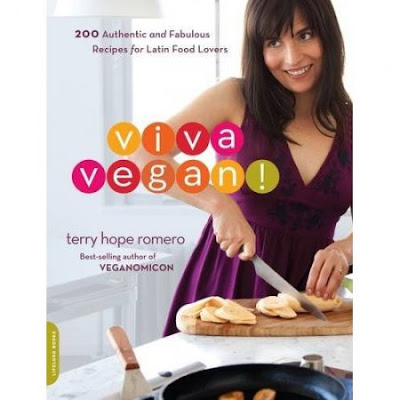 We had Chipotle Sweet Potato Bisque with Cashew Crema, Savage River Faux Chicken Rojas in Orange Garlic Mojo, Cornbread Sofrito Stuffing with Veggie Chorizo and Massaged Kale Salad with Raisins and Toasted Almonds. It was the most amazing meal I’ve ever had. Every single thing was delicious. I could have easily eaten a second plate. In fact, a woman at our table had 2 little kids who weren’t eating their food and she probably saw me eyeing it because she quickly packed it away 🙂 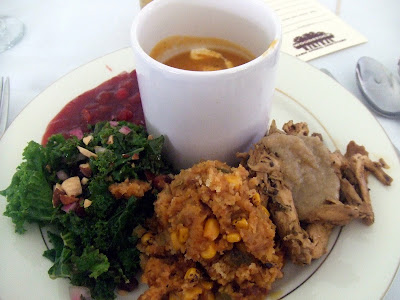 I thought I was cheating on my gluten-free diet when I ate this meal which I was quite willing to do to eat Terry’s food. And while I did eat gluten, I was surprised to find out that the faux chicken was not seitan but a new product that will be marketed soon from Savage River. And it’s gluten-free!!! Here I thought it was the most delicious seitan I ever tasted and it wasn’t even seitan. I can’t wait until this becomes available in stores. 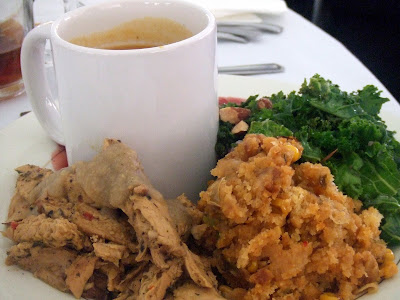 Finally each table was served  “a selection of outrageous desserts” by Vegan Treats. Now those of you who know me know I don’t even like dessert. Well, I ate enough dessert for a year. My favorite just happened to be the gluten-free pumpkin cake. They brought a second one to our table but everyone was already stuffed so I got to take it home. Score! 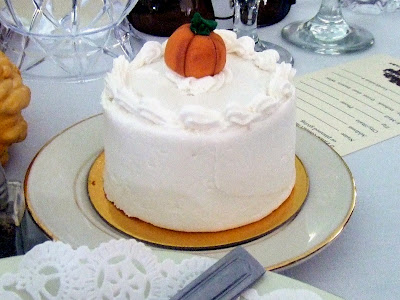 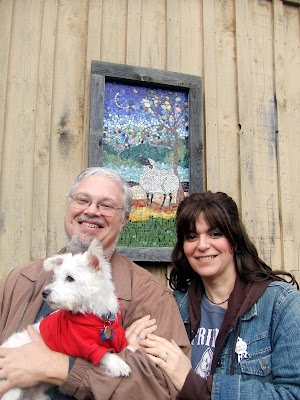 But, alas, we got our WFAS tote bags filled with tons of Vegan goodies, said our goodbyes and hit the road. It was an amazing time with compassionate people and cherished animals. I feel so lucky to have experienced this incredible event two years in a row. I’m already anticipating next year! 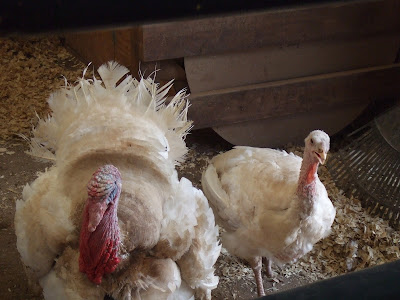 “T” is for ThanksLiving at Woodstock Farm Animal Sanctuary. For other “T” words, check out my Tofu Nuggets and Raw Kale Salad, my Tempeh Po’ Boy Sandwich, my Tofu in Spicy Pepper Sauce and my very special, contest-winning Tofu Piccata.

VeganMoFo: "S" is for Spicy Pumpkin Penne with Soy Feta and Hazelnuts
VeganMoFo: "U" is for Upma with Millet and Veggies

7 Responses to VeganMoFo: "T" is for ThanksLiving at Woodstock Farm Animal Sanctuary