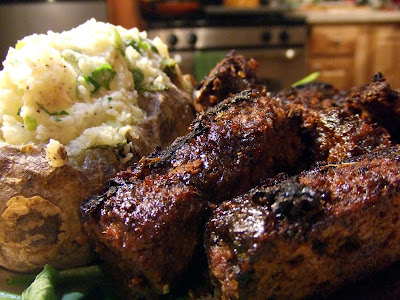 This week the Bitchin’ Kitchen Supperclub Challenge was BBQ ribs. I love when the challenge requires me to really veganize the dish beyond just swapping out dairy or eggs. It’s fun to push the limits of my (sometimes limited) imagination and come up with a compassionate version of a meat-centric meal.

I decided to make two versions of the dish – one made from seitan and one made from tempeh. That way I would at least have a gluten-free option!  I slightly tweaked Nadia G’s spice rub and BBQ sauce recipes. They both turned out amazing. Of course, I think I could have put this BBQ sauce on my shoes and it would have been delicious 🙂 I am NEVER buying bottled BBQ sauce again!

This was actually fast and easy to make, more so than it looks from the recipe. The sauce is the most time-consuming part of the recipe but even that is just cooking/waiting time. These seitan and tempeh ribs tasted so much better than any of the frozen/prepared versions I’ve tried. Baking the seitan as opposed to boiling it gives you a chewier, “meatier” texture. The sauce is tangy, sweet and spicy all at the same time. It’s really worth it to make your own. You get to control the size and thickness of the ribs, the sweetness and spiciness of the sauce and spice rub and whether you make it gluten-free or not. The control freak in me loves that!

These ribs are indulgent, delicious and will satisfy any BBQ cravings you may get. Serve them with some mashed potatoes and cole slaw or your favorite BBQ fixin’s. They make a great appetizer or entree.

For the spice rub:

For the Balsamic BBQ Sauce:

For the Seitan Ribs:

In a small bowl, combine the ingredients for the spice rub. Mix well and set aside.

In a small saucepan over medium heat, combine the apple cider vinegar, balsamic vinegar, maple syrup, ketchup, red onion, garlic and chile. Stir and let simmer, uncovered, for about an hour. Increase the heat to medium-high and cook for 15 more minutes until the sauce thickens. Stir it often. If it seems too thick, add some water.

Grease or spray a baking dish. Add the dough to the baking dish, flattening it and stretching it out to fit the dish. Cut the dough into 8 strips and then in half to make 16 thick ribs. (Note: if you want the ribs thin, this is enough dough to fill 2 baking sheets. If you want them thick, it is enough for one). 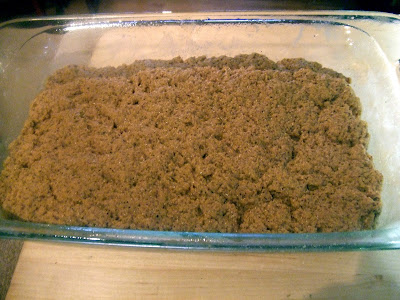 Top the dough with the spice rub and massage it in a bit. Bake the seitan for 40 to 60 minutes or until the seitan has a sturdy texture to it (thinner ribs will cook faster). Remove the dish from the oven. Recut the strips and carefully remove them from the baking dish. 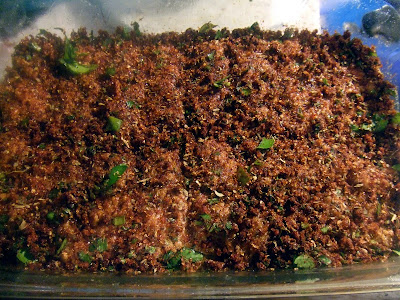 Increase the oven temperature to 400 degrees. Slather the ribs with BBQ sauce and lay them on a baking sheet. Put the ribs back in the oven for just about 10 minutes so the sauce can get a bit charred. Alternatively, you can cook the sauce-covered ribs on a grill or in a grill pan. 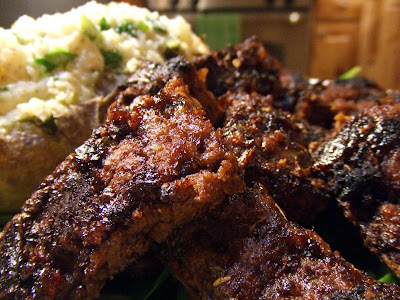 For the Tempeh Ribs:
Slice a package of tempeh into 6 or 8 rectangles, depending how wide you want the “ribs” to be. If you want them to be thinner, slice the tempeh in half like a bagel first. I like my tempeh thin so I do this extra cut all the time. Steam the tempeh for 15 minutes until it softens a bit.

Coat the tempeh with the spice rub. Cook the tempeh ribs in the oven or in a skillet until browned on both sides. This should take about 8 minutes per side. Brush the BBQ sauce on the tempeh and cook for another few minutes until slightly charred.