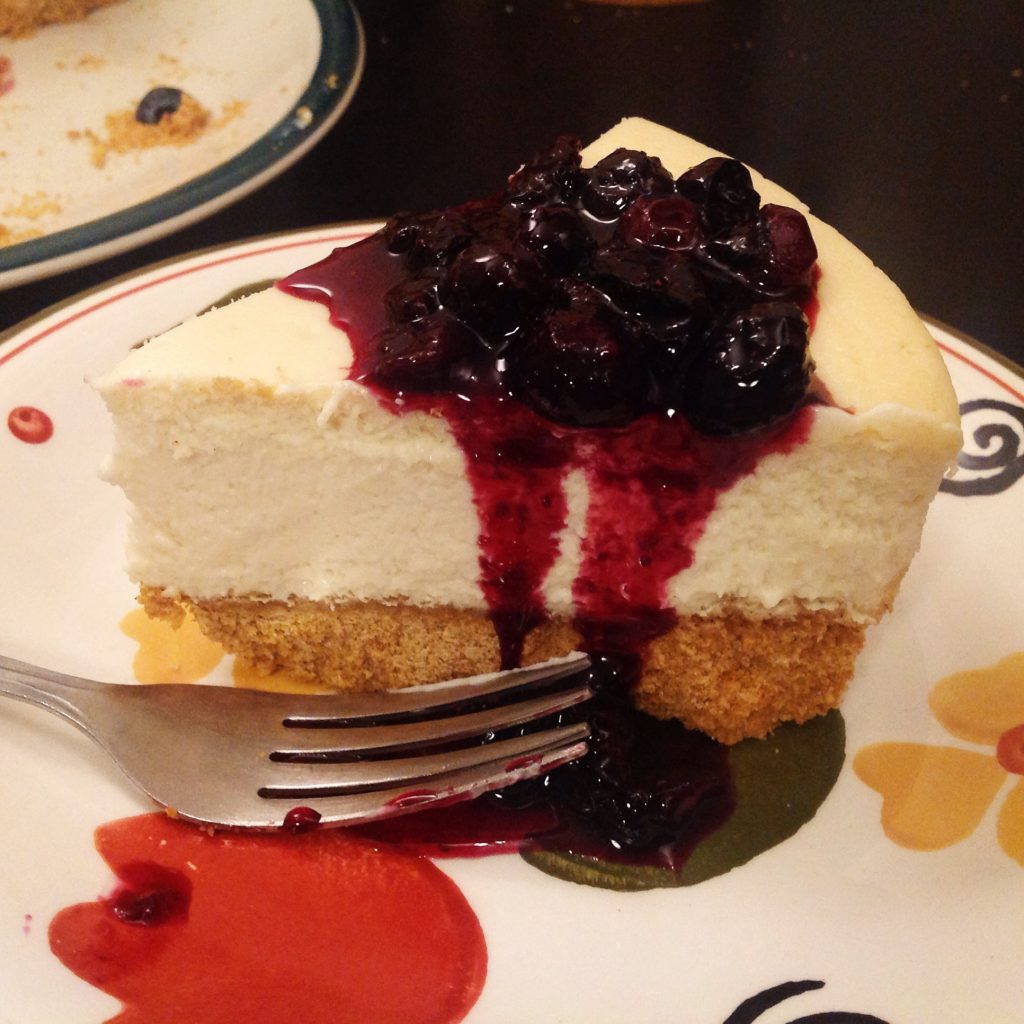 Today, May 26th, is National Blueberry Cheesecake Day so it’s the perfect day to sing the praises of Sirabella’s Vegan Cheesecake.

Growing up, my mother always made cheesecake with ricotta and cream cheese. Everyone loved it. I wasn’t a fan of cheesecake; it was too tangy for my not-yet-grown-up taste buds. Since I’ve been vegan (over 7 years now), I’ve come to like vegan cheesecake much more than any dairy-filled one.

So I was excited when the generous people at Sirabella’s wrote to me, saying they were developing a vegan cheesecake and offered to let me try it. 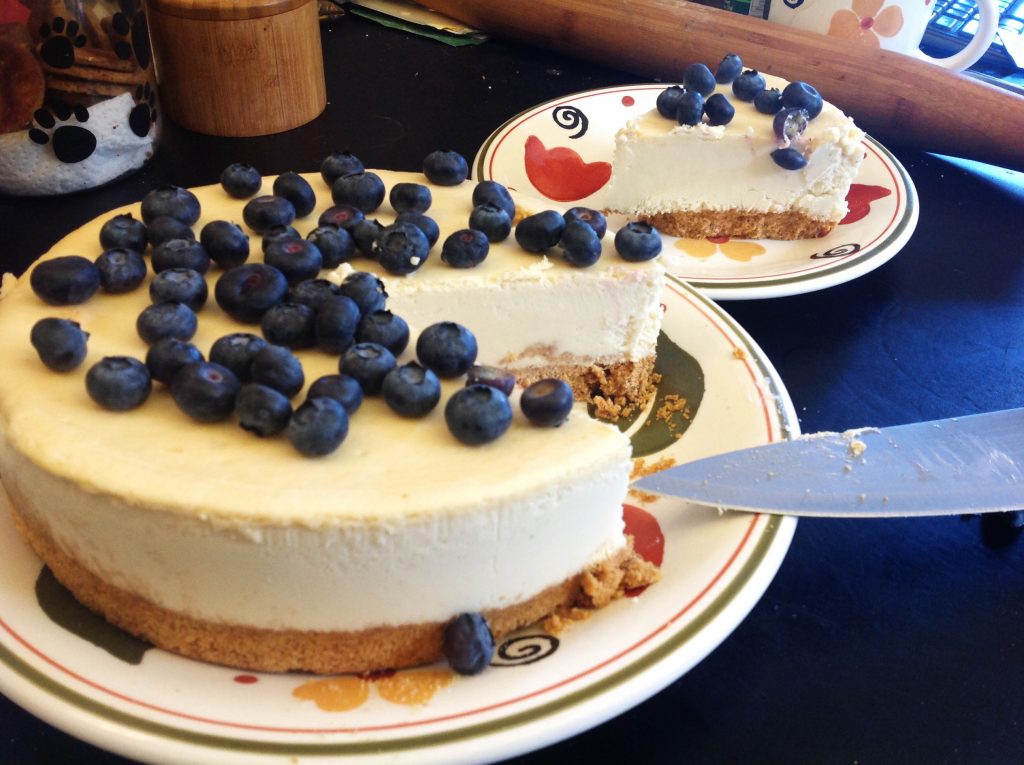 The founders, Marc Sirabella and Avi Strauss, were motivated to develop a vegan cheesecake that tasted like the real thing because people (including the founders) who are vegan, lactose-intolerant, allergic to eggs or dairy or were just making healthier choices, were all missing out especially at family gatherings.

Sirabella’s New York style Cheesecake uses dairy-free and eggless ingredients to create a vegan cheesecake that looks and tastes just like a traditional cheesecake. Of course, it has no cholesterol and only about half the calories of that traditional version. 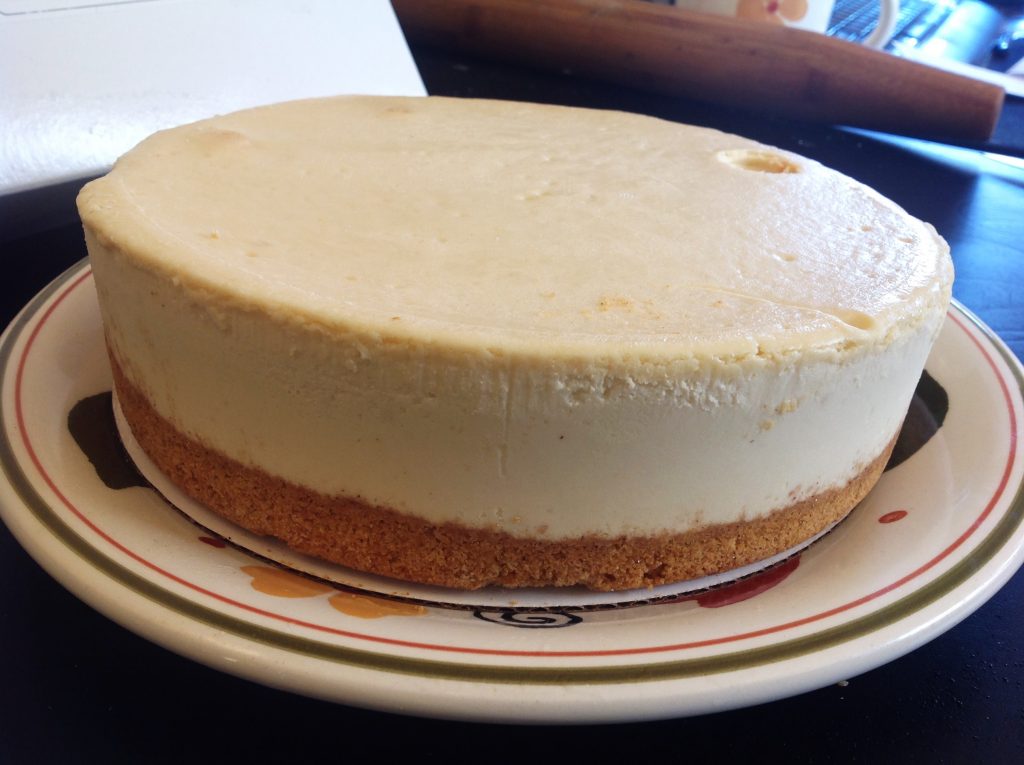 The vegan cheesecake comes shipped frozen in special packaging so it actually stays frozen. It comes in a traditional bakery style box so it’s perfect for sending to friends or family as a gift. The cakes are vegan, kosher and contain no preservatives. 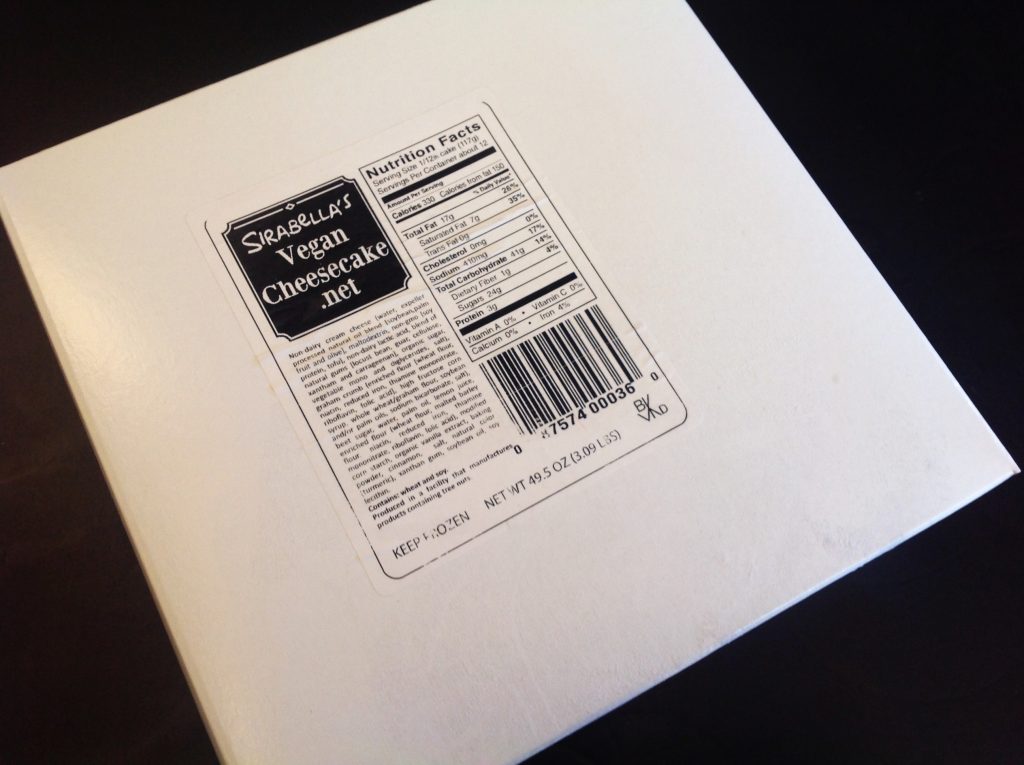 You can order a plain cheesecake or Sirabella’s also offers the cheesecakes in chocolate, strawberry, cherry, raspberry and blueberry. If you order a case of six cheesecakes, you get free shipping! They also order gift cards which, believe me, everyone will want. 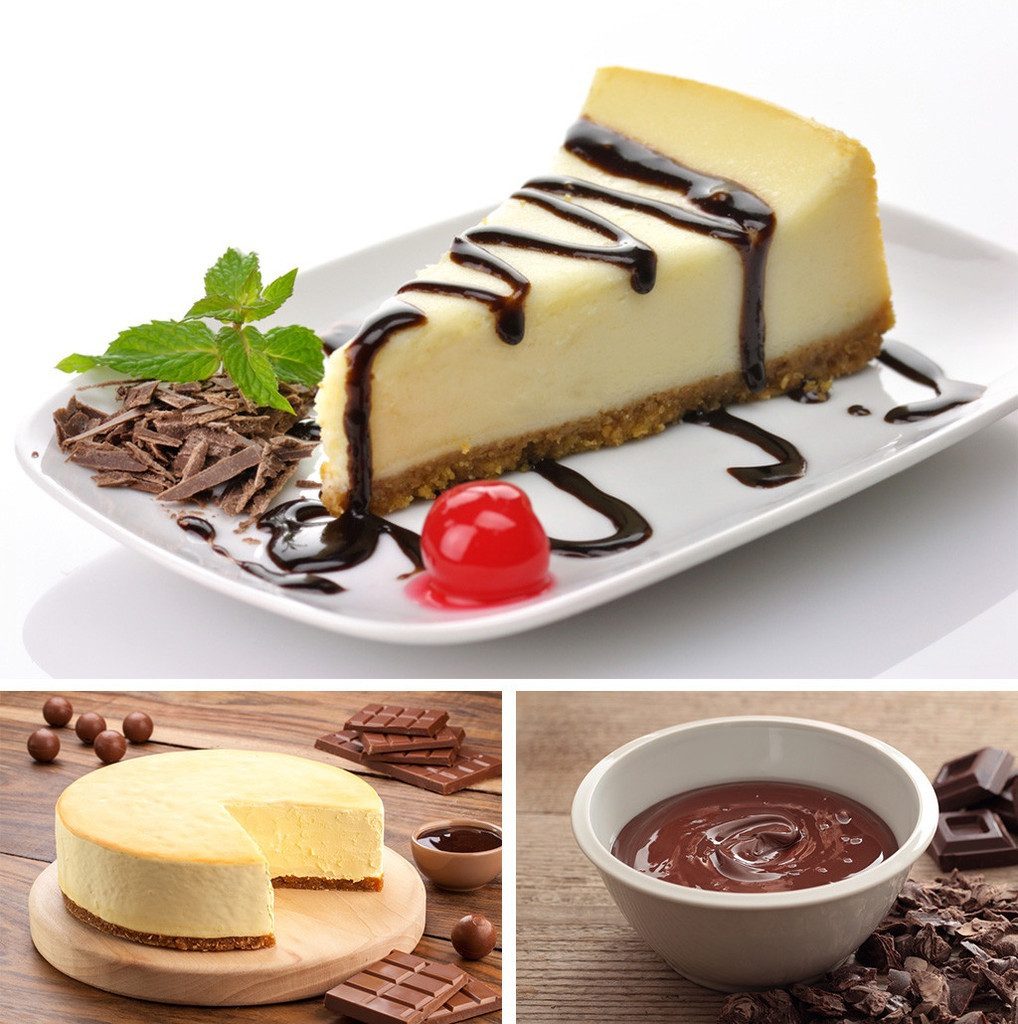 When our vegan New York Style Cheesecake arrived, we were excited. It looked creamy and rich and we couldn’t wait to try it. The company says it serves 12 but my husband begs to differ 🙂

Once it thawed, we put some fresh blueberries on top and dug in. Mmmmm! The cheesecake was rich, thick, creamy and sooooo good! Tangy but not over the top tangy. It was incredible! It didn’t only taste like traditional cheesecake, it tasted better! 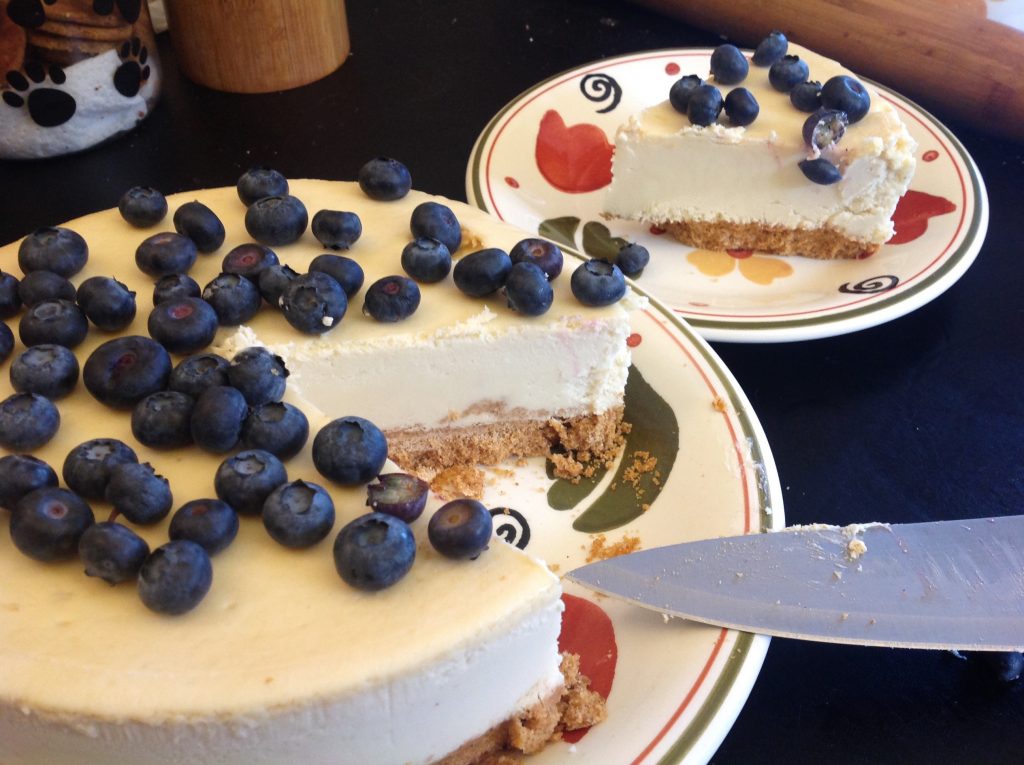 And of course, it is better because it’s cruelty-free. 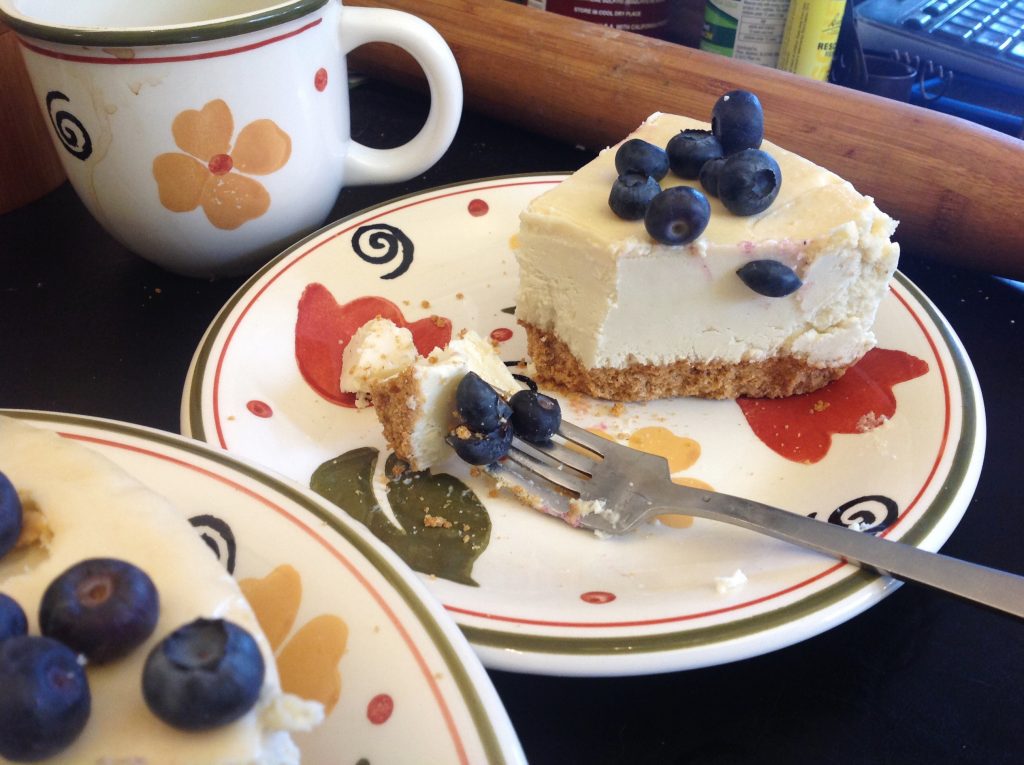 Since Tom loves blueberries, I took the rest to make a blueberry compote to pour over the cheesecake. It’s fast and easy (see recipe below). 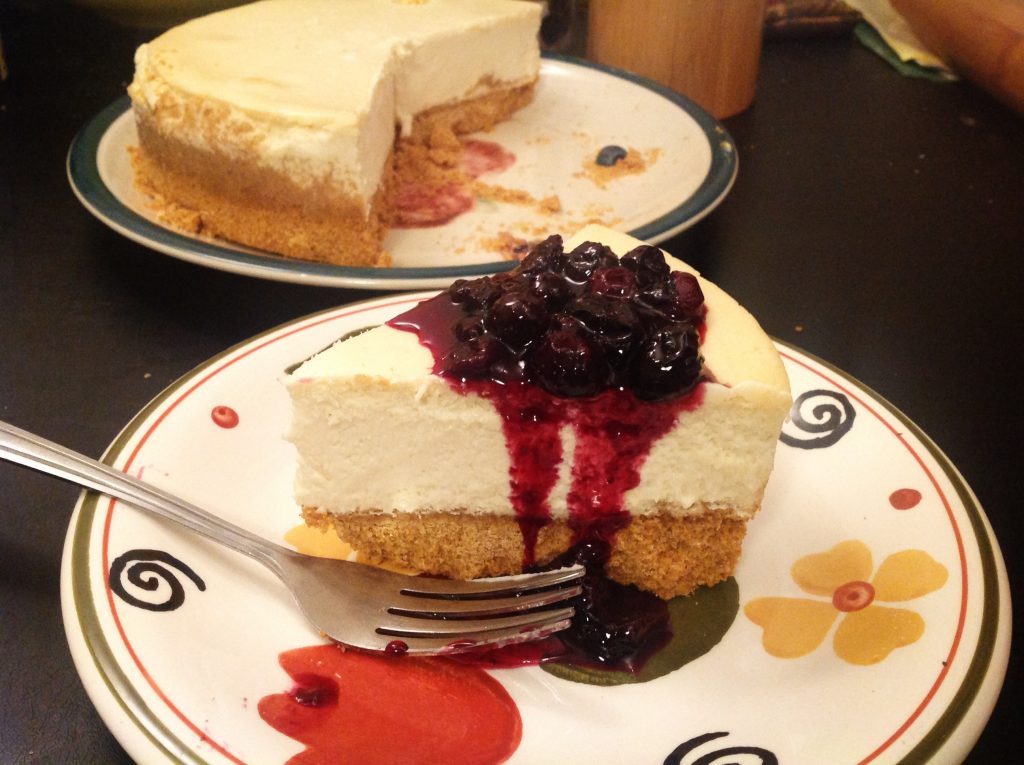 That took the cheesecake to a whole new level of deliciousness. You can make your own compote or just order the cheesecake with it so the only work you have to do is be patient until the cake thaws out. 🙂

Sirabella’s Vegan New York Style Cheesecake is decadent and delicious. How delicious? Let’s just say you should never attend another family gathering without bringing one (at least one) of these cheesecakes with you. No one will believe it’s vegan but convince them because we want everyone to know that vegan food is incredible. 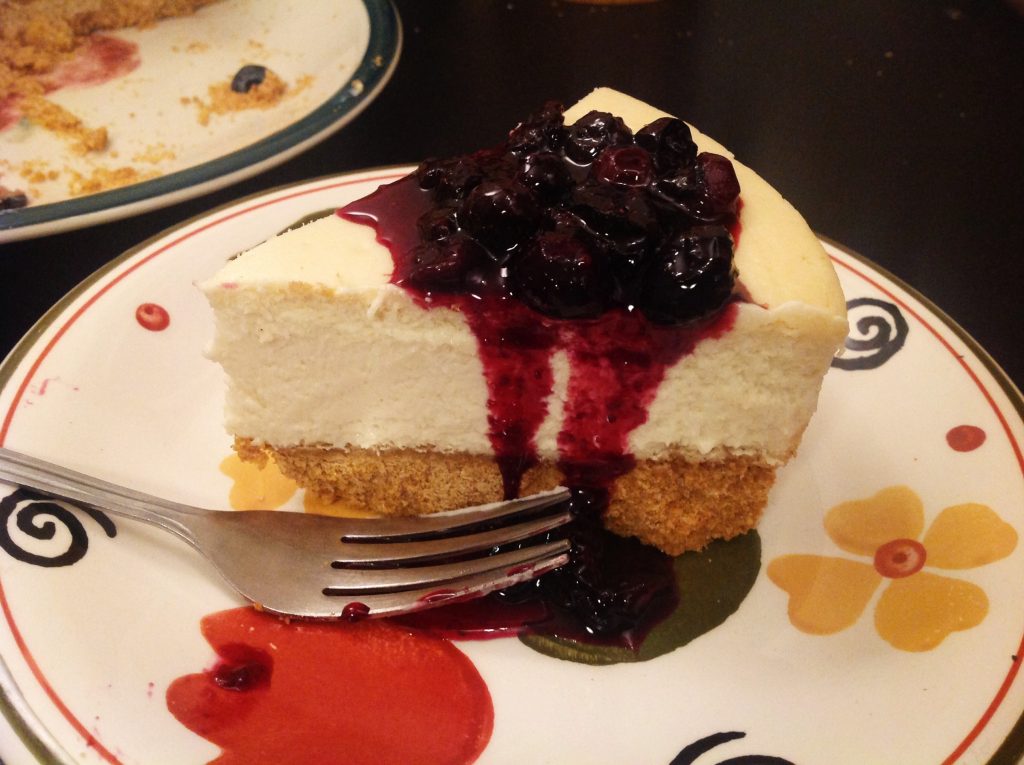 Check out Sirabella’s web site and order your first vegan cheesecake, if you haven’t already enjoyed one or two. There is no better way to celebrate National Blueberry Cheesecake Day or any day for that matter.

Thank you Sirabella’s for letting me try this amazing cheesecake. We will be ordering more very soon! 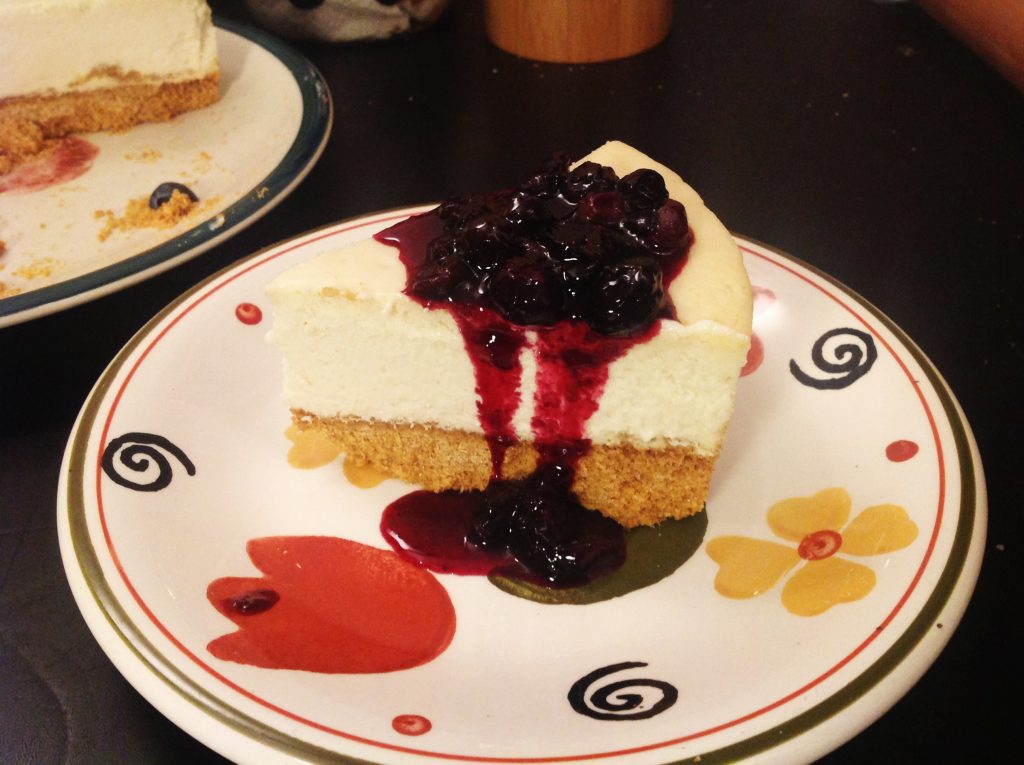 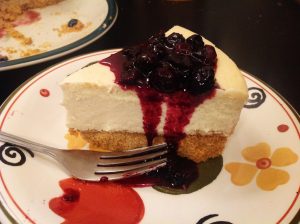 A pinch of kosher salt

To make the compote: Combine the blueberries, lemon juice, sugar, and salt in a saucepan. Bring to a boil, then reduce the heat and simmer for 10 minutes. The compote will thicken, especially after it cools. If you want it thicker, add the arrowroot powder and stir until dissolved. 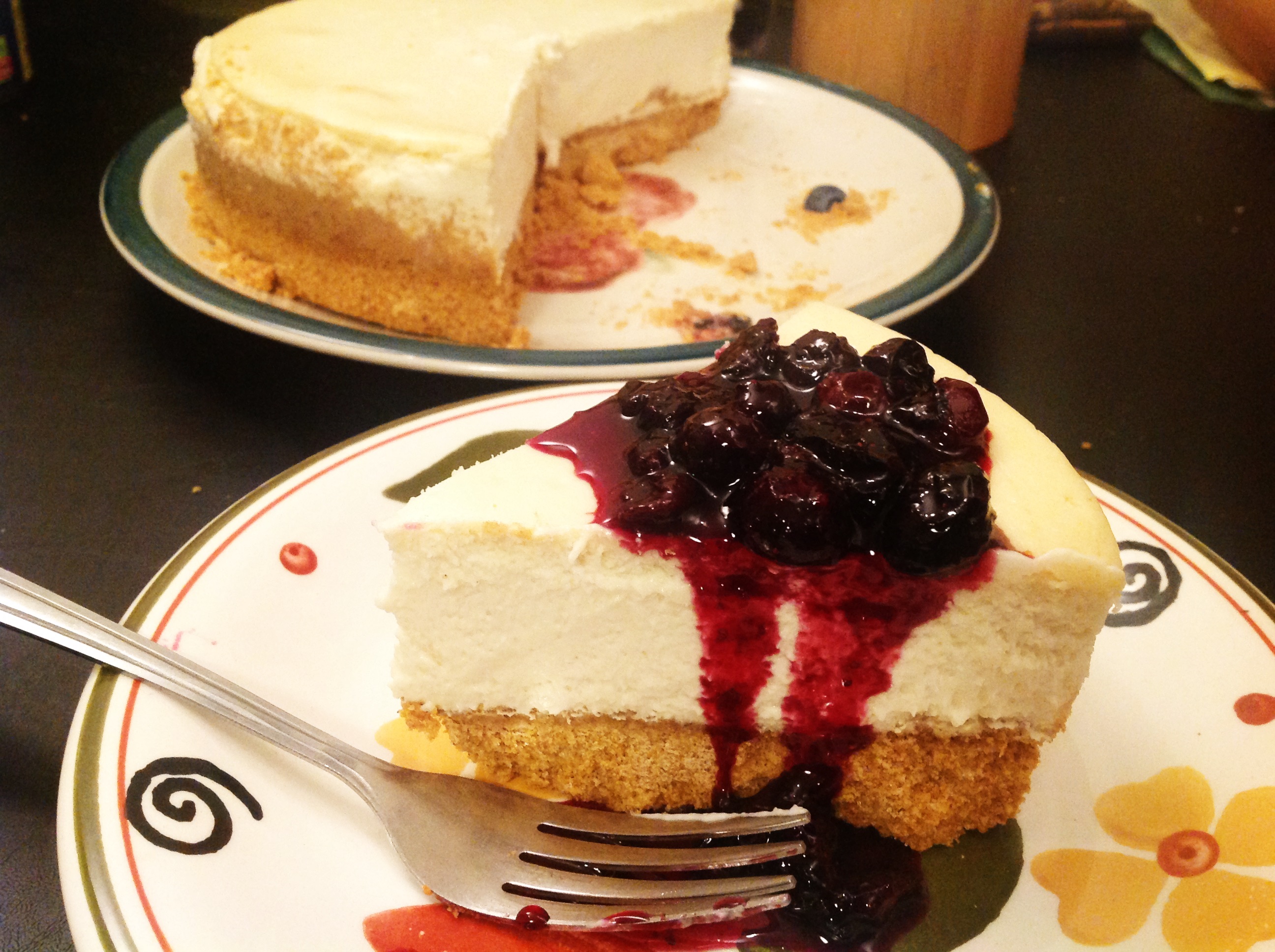