The “V” Word continues to celebrate VeganMoFo with the other 25 letters of the alphabet. Today “I” is for my Interview with Carol J. Adams, author of The Sexual Politics of Meat.

Carol J. Adams is one of my Vegan heroes and I had the great pleasure of interviewing her earlier this year. Her book, The Sexual Politics of Meat, is fascinating and really made me rethink the way I view meat-eating, advertisements and feminism in regards to food and Vegan advocacy. This book should be required reading for all Vegans. 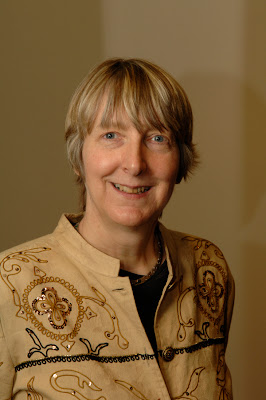 The 20th Anniversary of The Sexual Politics of Meat: An Interview with Carol J. Adams is published in the Winter 2011 issue of MP: an Online Feminst Journal.  Here is an excerpt:

In 1990, The Sexual Politics of Meat: A Feminist-Vegetarian Critical Theory by Carol J. Adams was released sparking decades of inspiration, controversy and a groundbreaking way of thinking about the link between meat-eating and the various oppressions of a patriarchal society.  Called “a bible of the vegan community” by the New York Times, this provocative book celebrates twenty years in print with a newly released updated anniversary edition.

In this interview, the author, activist and university lecturer, Carol J. Adams, reflects upon her journey, eco-feminist theory, and the continued and ever-growing importance and influence of her book.

RP: There is a saying that one cannot eat meat and call themselves an environmentalist. In your opinion, can someone call themselves a feminist and not be vegan? What about female vegetarians who don’t eat flesh but continue to consume “feminized proteins” such as eggs and dairy?

CA: There would be no milk, if cows weren’t kept lactating; no eggs if chickens weren’t kept ovulating. All flesh eaters benefit from the alienated labor of the bitches, chicks, (mad) cows, and sows whose own bodies are their labor and whose names reveal a double enslavement –an interpretative climate in which female freedom is not to be envisioned. In Animals and Women, Josephine Donovan and I wrote, “We believe that feminism is a transformative philosophy that embraces the amelioration of life on earth for all life-forms, for all natural entities.” We follow that first affirmation with a second, “We believe that all oppressions are interconnected: no one creature will be free until all are free.”

We were trying to imbed within feminism the transformative ethic that calls us to recognize what is happening to other species, especially those who are the most lowered within each domesticated species, the female. This transformative ethic requires both societal and individual change. Obviously, this is why feminist-vegan scholars are both feminists and vegans! Encountering ideas and treatment about “animals” asks for engagement. As we say, there is no neutral place from which to observe evil.

“I” is for Interview with Carol J. Adams, author of The Sexual Politics of Meat. For another “I” word, check out my Indian Eggplant with Chile-Yogurt Sauce.