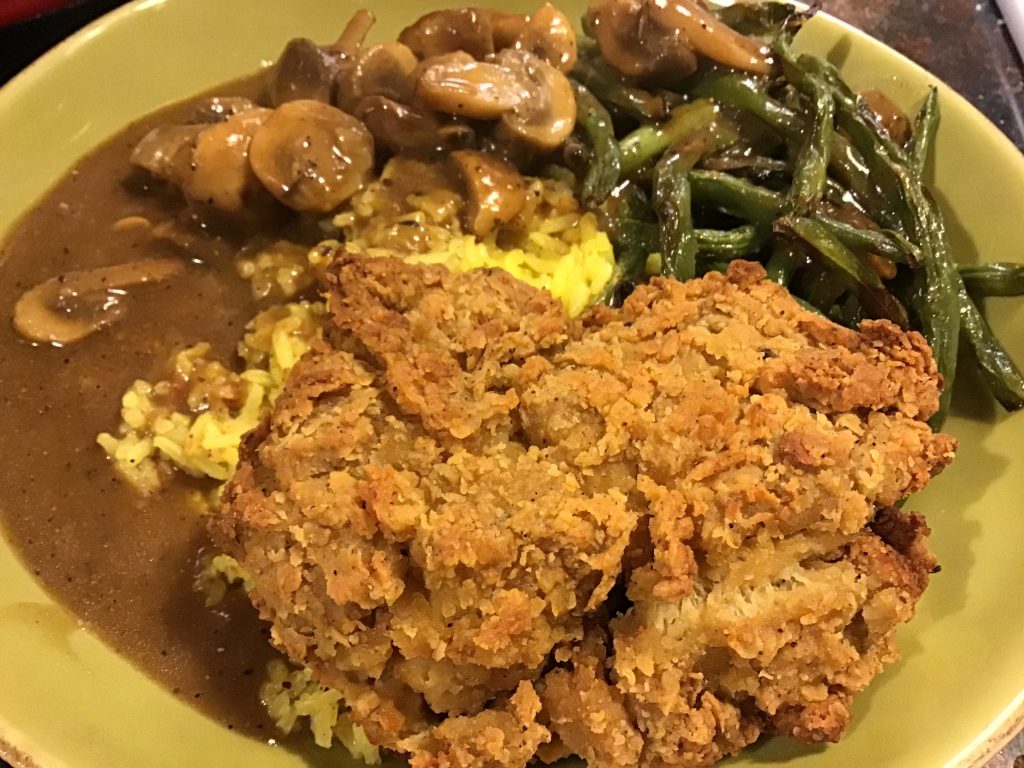 Before I was vegan, my favorite food EVER was fried chicken. From a very young age, I loved fried chicken. I can remember being about 5 or 6 years old and my mother’s friend bringing over her super-spicy fried chicken. I loved it so much! Then I would beg my mother to make it and she would, handing me a plate with lots of extra napkins because it was messy.

When my family would go out for dessert, Mom would order apple pie ala mode, my Dad and sister would get ice cream sundaes and I asked for fried chicken. To me, that was the best treat in the world. Later, when Mom was trying to cook healthier, she made her secret-recipe oven-fried chicken and that became a staple in my own kitchen up until almost eleven years ago. But until that day, July 23, 2008, when I stopped eating meat, fried chicken was my favorite – in a box, in a bucket, in a basket – however it came.

So of course, one of the first dishes I veganized when I began cooking was fried chicken. There are recipes on here: VeganMoFo: The Pioneer Woman and &quot;Chicken-Fried&quot; Tofu Steaks and Creamy Mashed Potatoes with White Gravy, Extreme Vegan Makeover: &quot;Chicken-Fried&quot; Seitan Steak with Buffalo Vinaigrette Edition, VeganMoFo: &quot;F&quot; is for Fried Buttermilk Tofu that are just a few of my attempts to recreate my former favorite meal.

Still, it had been over a decade since I’d eaten fried chicken and while many vegan dishes were good, they weren’t the same. Of course, I know I’ll never eat actual fried chicken again because no matter how much I love the taste of it, it’s not worth the life of another living being. Then in January, a friend sent me an order of vegan fried chicken from a California-based company called Atlas Monroe and my world turned upside-down again! 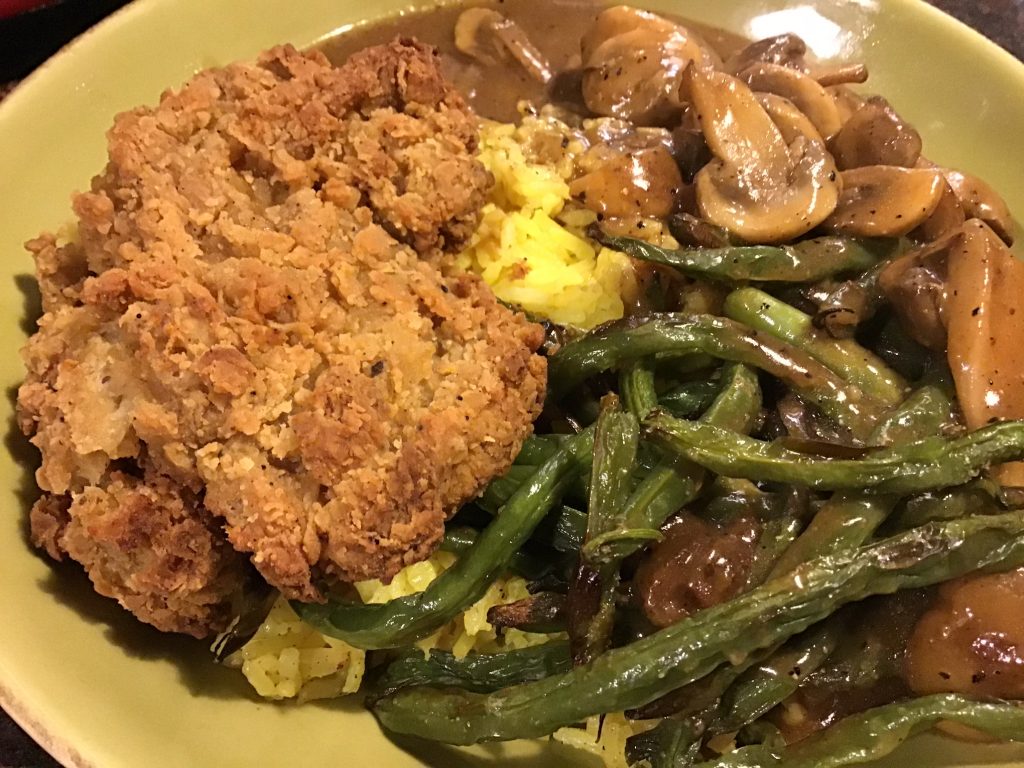 OMG! I can’t even begin to explain my obsession with this company and their food. Atlas Monroe, formerly known as Veganation, makes amazing vegan food.

“Cuisine created with ingredients that present an entirely new and enriched dining experience. Atlas Monroe offers vibrant, bright, and utterly delicious concepts. Our entrees are global favorites featuring: succulent ribs, Cajun fried chicken, deep fried stuffed turkey rolls, classic Caribbean rice & peas and many more delectable eats that many vegan and vegetarians often miss out on. Our purpose is to illustrate that an alternative, healthier lifestyle doesn’t have to be bland, but exciting; an exceptional, tastier, and ultimately better way of life.” 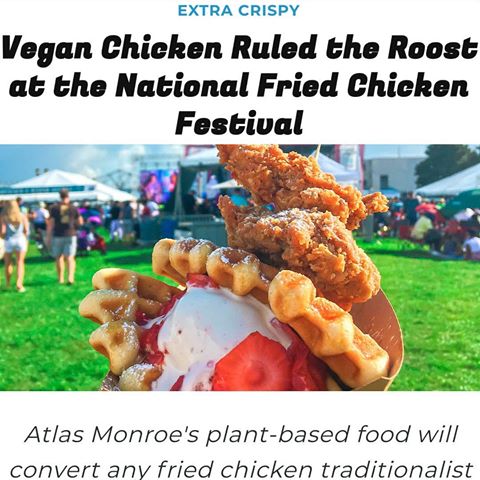 The chicken comes frozen in bags containing 6 pieces (100 pieces too few, if you ask me). The first time I made it, I followed the instructions and cooked it in the oven. Since then I use my air fryer and for less time than instructed – I do about 7 minutes per side, rather than 10, so it’s crispy but not too much. And the seitan is moist and so tender. The first time I made a KFC-type bowl  with mashed potatoes, gravy and corn (plus greens because I love greens and they should be part of every meal). 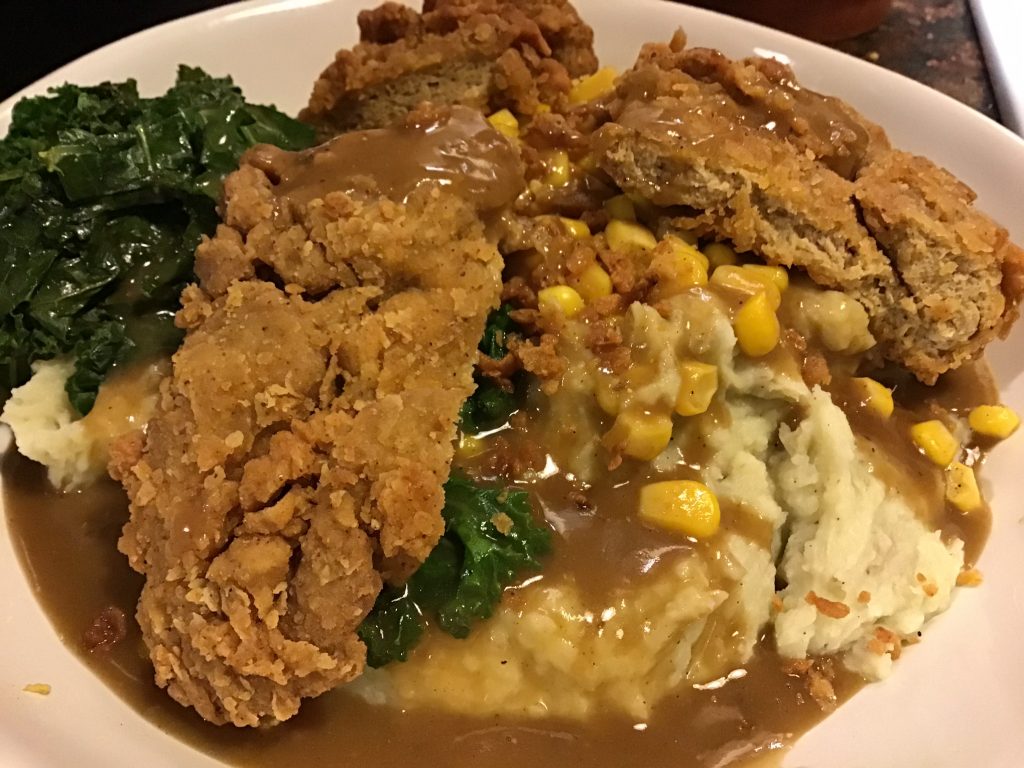 The next time I tried to recreate my experience at our old neighborhood Caridad restaurant and made Spanish rice, stewed beans and a little lime on the chicken. 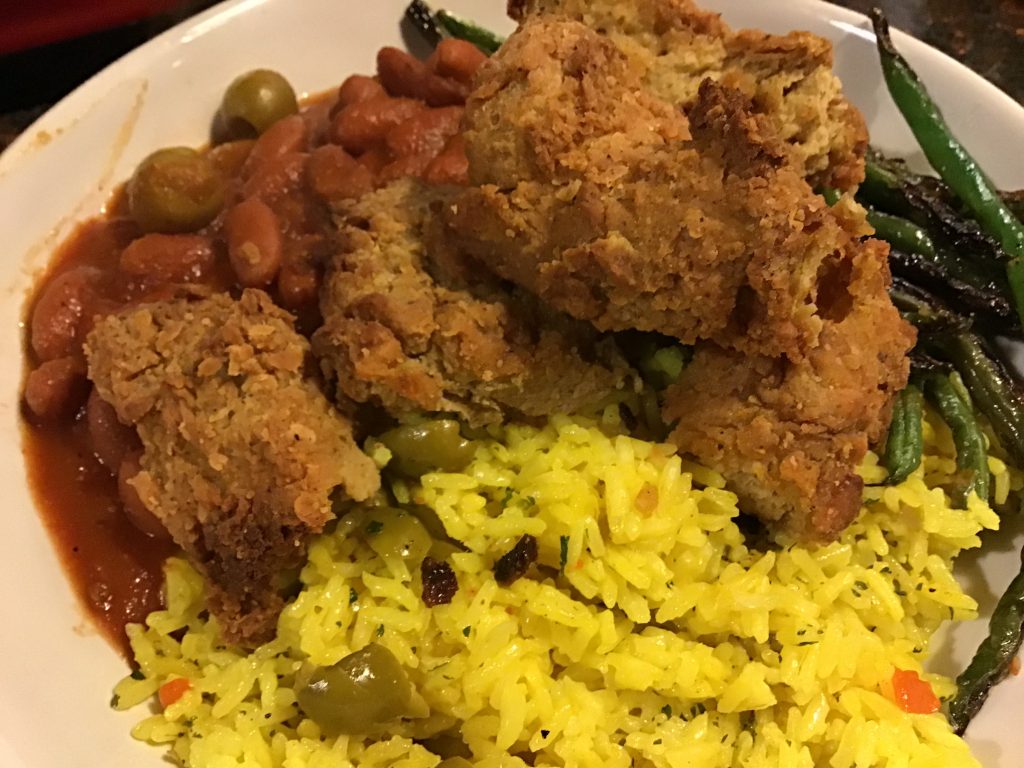 I even celebrated my 10 year Veganversary with this fried chicken. There was nothing else I could have wanted more than  to celebrate a decade of compassion with my favorite compassionate food. 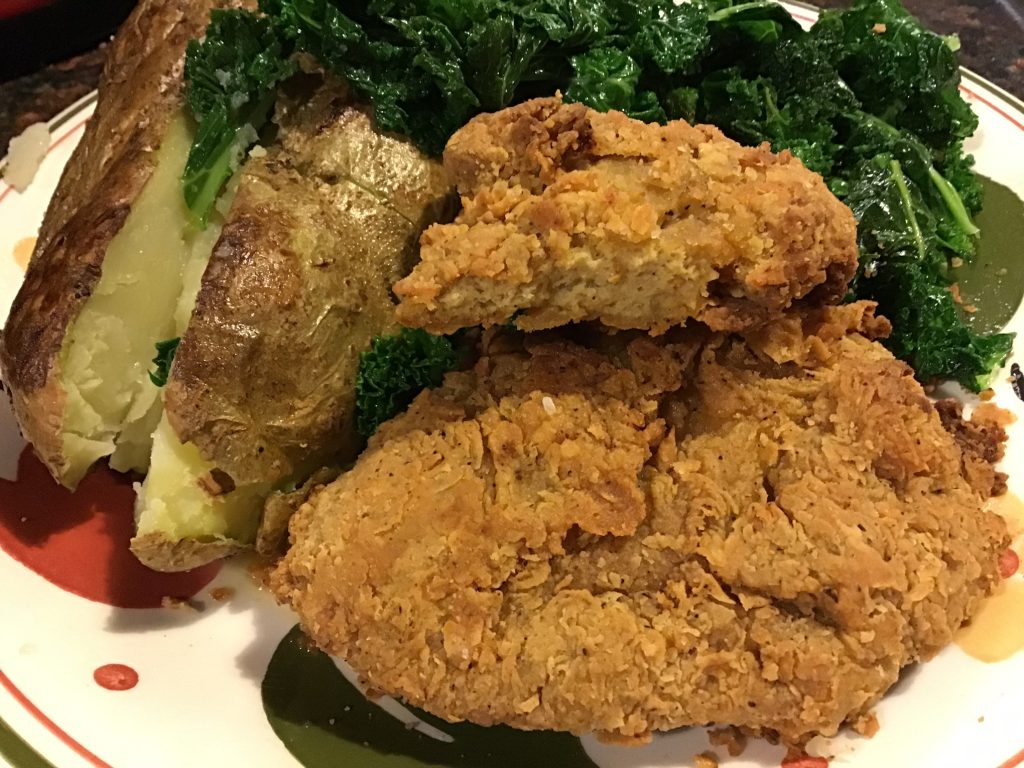 So how do you get your own Atlas Monroe fried chicken or any of the other foods they make? I’m not going to lie – it’s not easy. If you live in California, they have pop-ups at festivals and they are planning things in other parts of the country. Your best bet is to follow them on social media and when they announce that you can order food by mail again, jump on it!! They sell out fast so stock up. The shipping is pricey because it’s next-day with dry ice but it’s sooo worth it. And the people who run Atlas Monroe are so nice which just makes it even better. 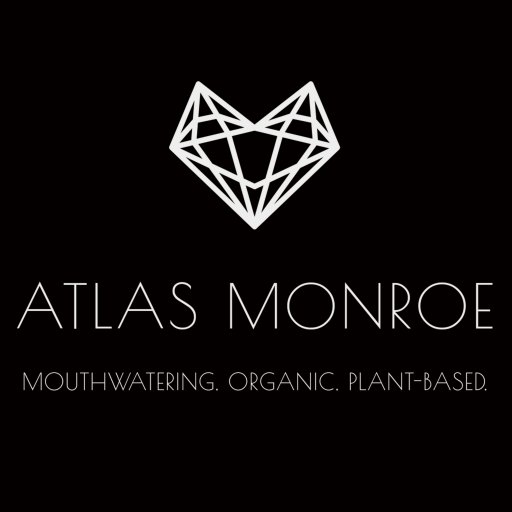 Check out Atlas Monroe on their web site https://atlasmonroe.com

Note: this is an unsponsored review. All products were purchased.