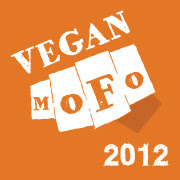 It’s October, my favorite month of the year. The weather is cooler and the leaves are turning to all my favorite jewel-toned colors: orange, green, brown, red and purple (hey, there are purple leaves!). It’s the month of Tom’s and my anniversary (our 5th wedding anniversary and our 9th since we met). This year will be 6 years since Benny rescued us, his 6th Benniversary.

October is also the month of Halloween (my favorite holiday), Thanksliving at Woodstock Farm Animal Sanctuary (my favorite event at my favorite place in the world) and time to start cooking all my favorite comfort foods, hearty stews and warming soups. Many of my favorite TV shows also return for new seasons in October (ok, Dexter started yesterday but it’s close enough).

October is also VeganMoFo or the Vegan Month of Food. Created by the Post Punk Kitchen, VeganMoFo is a month where hundreds and hundreds of bloggers sign up and agree to post at least 20 blog entries related to Vegan food. The posts can be recipes or cooking tips, restaurant reviews or photography/video. Some bloggers do themes like cooking recipes from certain cookbooks, dishes that would work with your favorite movies or a month of using unusual spices. 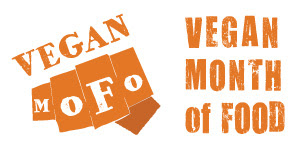 Last year I participated in Vegan MoFo for the first time. I was scared – posting 5 times a week is a lot of work – but it was a lot of fun. My theme was VeganMoFo and the ABC’s of Vegan Food: The “V” Word celebrated the month of delicious vegan food with the other 25 letters of the alphabet. Doing the alphabet meant that I had to do 5 more blog posts than what was required. In the end I wrote 20 new recipes plus 5 essays, interviews and reviews. I learned of some great vegan blogs (over 700 participated) and even won a few awards.

This year I debated participating because I’ve been seriously ill and I wasn’t sure I could keep up with the work (plus I’m supposed to be working on my cookbook – I know, I KNOW). I figured it was better to try and post as much as I could than regret not trying at all. So here I am!

All I needed was a theme; I like how it gives me structure and guidance but I didn’t want to do the alphabet again. I thought “What makes me happy? What do I enjoy most?” and honestly, “What would be easy for me to do?” I thought about it while I was half-listening, half-watching someone cook something on TV and then it hit me: Food TV! I have cooking shows on constantly. Some I pay attention to, some are just background noise, some I love and some I can’t stand. But the soundtrack of my days (and some nights) consists of TV cooking shows – Food Network, The Cooking Channel, Top Chef, Masterchef, local public network shows, etc. 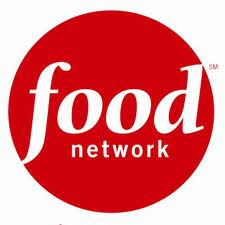 What would be more fitting? After all, as I wrote in both My Vegan Journey and My Health Journey, I pretty much learned how to cook from watching Rachael Ray and then other cooking shows. I began by making the meals more Weight Watcher-friendly and then when I became vegan, by veganizing them. There was a period of time when it became really hard for me to watch cooking shows; the sight of raw animal parts disgusted me. It still does but I love watching cooking techniques and getting ideas. I love the idea of taking the recipes, removing the animal products from them and turning them into compassionate, cruelty-free, vegan recipes. It’s like a private battle I fight with each show’s host: they cook something and I declare “I can make that too and I can make it vegan…and usually gluten-free to boot!” Then I win! The animals win! Hopefully, my followers think they win too!

So first I thought I could do a whole month of veganizing Rachael Ray’s recipes. She is still my favorite TV cooking personality. I dedicated a blog post/tribute to her before where I discussed my having to reconcile the gratitude I felt towards her (for teaching me how to cook and for getting me through a really hard time) with my inability to watch her as I changed but she didn’t. Then I thought I could do a different TV cooking personality for each post but that seemed too ambitious given my current state. In the end, I decided on a compromise: I will do vegan versions of several Rachael Ray recipes, maybe even a whole week of RR, but also throw in other cooking celebs as side dishes, seasoning and garnishes. I don’t want to just do anyone’s recipes; I want to choose celebrity chefs I have something to say about and recipes that I really want to veganize. Basically, I’ll make it up as I go along. 🙂