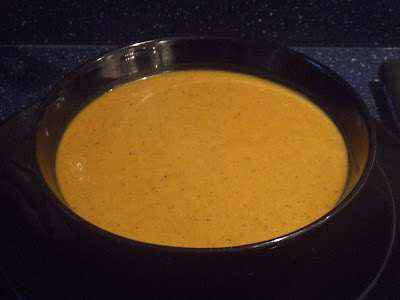 Soup or Bisque? Traditionally, a bisque is a soup that contains shellfish but traditions are made to be broken. According to Wikipedia, “bisque is also sometimes used to refer to cream-based soups that do not contain seafood, in which the ingredients are pureed or processed in a food processor or a food mill. Common varieties include tomato, mushroom, and squash bisque.” So, yes, bisques can be compassionate!

If you’ve read all my blog posts, you know what a picky eater I used to be. I didn’t eat a lot of international foods, my food has to be hot, I don’t like sweets or dessert, etc. Add to the list, I never liked creamed soups. I prefer broths – thin, clear broths filled with lots of veggies. The idea of putting a can of cream of mushroom soup into anything makes me ill. I’m getting ill just thinking about it.

But this is a whole different…uh…pot of soup. The deep, rich flavor of roasted butternut squash, the heat of curry and the light, smooth creaminess of coconut milk make for a delicious, silky bisque that is just incredible. With hints of ginger, cinnamon, nutmeg and cloves, my Curried Butternut Squash Bisque is an aromatic and colorful dish that should definitely be on your holiday table! 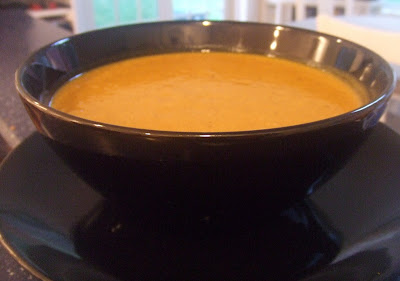 Preheat oven to 400 degrees. Place squash on a baking sheet and toss with 1 Tbs. of olive oil. Roast for 30-45 minutes or until tender. Set aside. 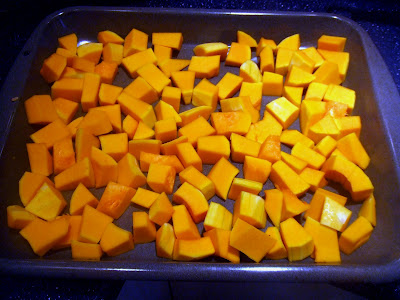 Heat 1 Tbs. oil in a large pot over medium heat. Add the leeks and sauté for 5 minutes. Add the spices. Stir the mixture until fragrant, about 1 minute. Add the roasted squash to the pot and stir to coat in the leeks and spices.

Add the coconut milk, maple syrup and broth. Bring the soup to a boil. Lower the heat and simmer for 15-20 minutes. Season with salt and pepper.

Transfer the soup to a blender and blend until smooth. Serve while hot. Enjoy! 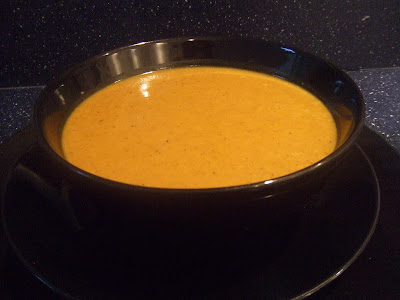