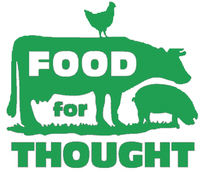 In my mind, animal rescuers are the most wonderful, admirable and compassionate people out there. They tirelessly spend their time, money and lives saving animals from death, helping them to heal, get food, shelter and medical care and then, hopefully, homes where they can forever live in peace and happiness. The love and empathy they have for the animals they rescue is beautiful. I hold these people and organizations in the highest esteem.

And it isn’t just dogs and cats getting rescued. Many shelters and organizations also rescue other animals like rabbits, chickens, birds, horses and goats. They recognize that animals – all animals – are innocent beings that need to be rescued from harm and afforded safety, food and care.

Yet many of these same organizations hold functions, i.e. galas, fundraisers, pot lucks, fairs where they serve animals on the menu, animals very similar to the ones they are saving. What is the difference between the animals being saved by these shelters and those being served by them? The same holds true for animal rescues that hold auctions and fundraisers by selling items made of leather, wool or silk. After all, a life is a life is a life, right? 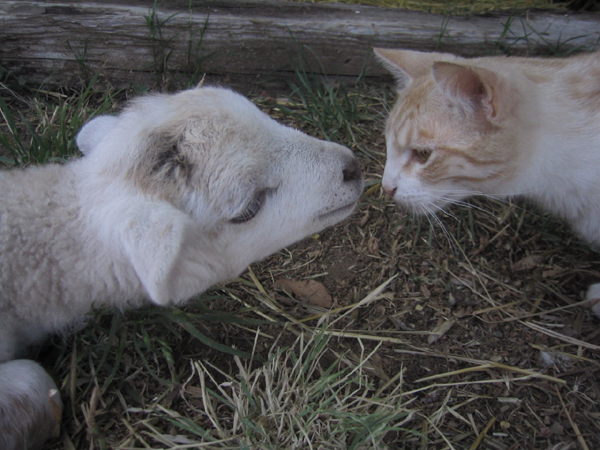 I know that myself and many other animal advocates not only feel very uncomfortable at animal rescue events that are serving and selling animal products but it makes it extremely hard to support such organizations. They may be doing a world of good for some animals but what about the others? Many animal advocates such as myself feel hesitant to donate money or time to an organization that is fundraising to save one species by benefiting from the harm of another.

I can state from my own experience that it is beyond upsetting to attend a dog fair and see all the effort and care that goes into raising money and awareness to save dogs while those same people are selling hot dogs and burgers, products of other animals who were not afforded such care and safety. I have stood in line to get a drink of water while people who doted on their dogs consumed animals that never knew such love. At one dog fair, my husband and I ate olives and pickles since they were the only foods offered that did not contain animal products. Numerous stands sold items such as collars, leashes and toys that were made from animal skins and fur. Instead of unity, this causes division among people who all share a strong love for animals.

It’s a fact that the people who run and work at animal shelters and rescues are loving, compassionate people but it’s also a fact that many people have a disconnect between the animals they pet and the animals they eat and wear. I had that disconnect. I called myself an “animal lover” for decades while I continued to eat them and wear them. When that disconnect is made apparent, the cognitive dissonance makes it difficult to continue engaging in that same behavior. When we know better, we do better.

To help in this endeavor, Animal Place, one of the oldest and largest sanctuaries for farmed animals in the United States, has designed the Food For Thought campaign which helps animal organizations adopt an animal-friendly menu policy for their shelter-sponsored events. The Food for Thought program helps SPCAs, humane societies, shelters and animal organizations “align their values of caring for animals by adopting a policy regarding the type of food it serves…or doesn’t serve” since to many people rabbits, chickens, cows and lambs are companions too.

“For some animal rescuers there is a division between the animals they save and the animals they serve as food,” said Animal Place Executive Director Kim Sturla. “Through our outreach efforts, we encourage shelters to see that farmed animals have the same value as companion animals.” 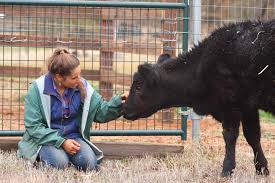 Animal Place conducted a survey of 157 California animal shelters and rescue groups. Here are some of the results they found:

• 29% of animal shelters also accept and re-home chickens, turkeys and other farmed animals

• 32% accept rabbits, goats, pigs and/or other species of farmed animals

• The percentage of vegan and vegetarian policy-holding organizations including animal control agencies and similar groups is 18%.

Note: These numbers excludes organizations with pescetarian menus since fish are also caught, farmed, and killed while at the same time considered members of many households.

Given that so many animal shelters are rescuing farmed animals, the next step of Food for Thought is to help them acknowledge that it is “inconsistent for these organizations to serve the meat, fish, dairy and eggs that are derived from some of the same species they rescue.” Does this goal seem promising? Yes. According to the survey:

• 85% of those polled believe it is ethically inconsistent for an animal shelter that rescues dogs, cats, rabbits, horses, goats and other animals to sell or serve animal products at the shelter-sponsored fundraising events

It is the goal of Animal Place’s Food for Thought campaign to support these shelters and help them transition to animal-friendly policies. 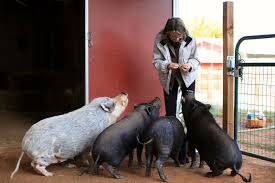 What Shelter Directors Are Saying

In response to the survey, one humane society director noted, “We have been providing vegetarian dinners at all functions for at least 20 years or more – could be for 25 years.” Lisa Simmons, Director of Pets in Need in Redwood City comments, “You aren’t really humane if you assign a sliding scale to life.”

“We have had the policy for 30 years of not benefiting some animals by profiting from the suffering of others. Any organizational event adheres to serving only vegetarian fare and we are increasingly moving to a plant-based menu. For the 18 years that we had our Santa Paws Arts & Crafts show only vegetarian food was sold, and no craft item that included materials made from any part of an animal was permitted in the show. We really try to honor our mission statement. We are not a large organization but we strive to be ethical,” stated Nancy Lyon, Ohlone Humane Society.

Why Your Shelter/Organization Should Get Involved

The people who run animal shelters and other rescue organizations are leaders in their communities. They set examples of humanity, compassion and empathy for the rest of society. Animal rescuers represent all that is caring, loving and compassionate in this world. They work tirelessly to save animals from harm and improve their lives. It only makes sense that rescuers align their ethics and extend that care and compassion to all animals. 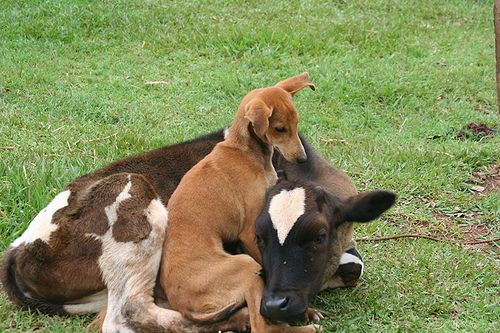 How Your Shelter Can Get Involved

Shelters and animal advocates can find tons of resources to help make the transition to animal-friendly policies on the Food for Thought website (www.foodforthoughtcampaign.org).

• Take the Food for Thought campaign’s survey so they can know about your shelter https://www.surveymonkey.com/s/6BQT6SR

• Take a look at the animal-friendly policies other organizations have adopted. See if any of these sound right for your shelter or organization. http://www.foodforthoughtcampaign.org/sample-policies.html

• Get resources including sample letters to editors, tool kits for animal advocates, guides to animal-friendly product donations, menu and recipe ideas and guides to caterers and food trucks (in California only, for now).

“We would love for community members to get involved in this exciting campaign. All the information and tools are right on the Food for Thought website,” said Barbara Schmitz, Animal Place’s coordinator of volunteers and campaigns. “Just a few clicks on the site and you have what you need to encourage your own shelter to align their events with their mission.”

What If Your Organization Does Not Hold Events that Involve Food?

Even if your rescue doesn’t hold events that involve food or selling products, you can still get involved. Many groups have publicly endorsed the Food for Thought campaign including The Humane Society of the United States, State Humane Association of California, The Animal Legal Defense Fund, Pets in Need, the Marin Humane Society and the Santa Cruz County Animal Shelter.

You can join your colleagues in endorsing the Food for Thought campaign with the information at http://www.foodforthoughtcampaign.org/endorsements.html

Animal Place is making great strides with their Food for Thought campaign. More and more rescues and shelters are endorsing and participating in the program.

By adopting animal-friendly menus and policies, rescuers can show that they believe all animals deserve to live free from harm, that they are a safe haven for all animals and are welcoming to people who love all types of animals.

For more information, see the Frequently Asked Questions on the Food for Thought Campaign website (http://www.foodforthoughtcampaign.org/faqs.html). 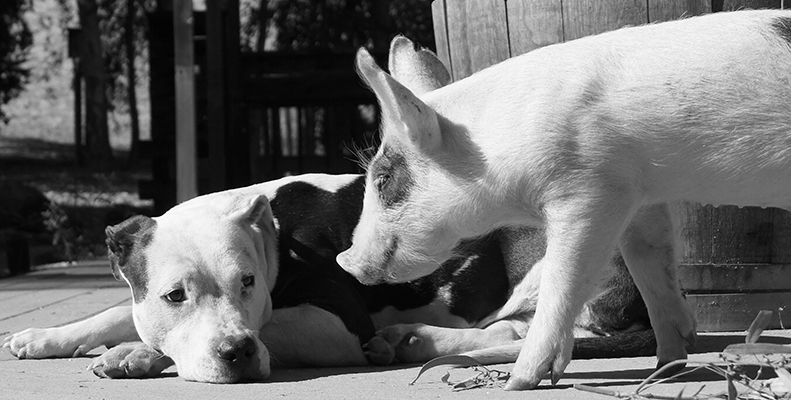 2 Responses to Animal Place and the Food for Thought Campaign