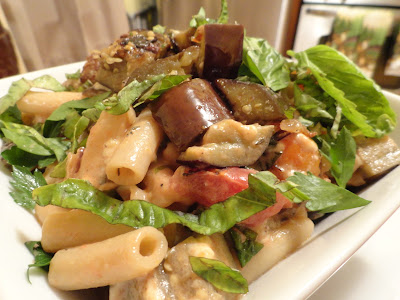 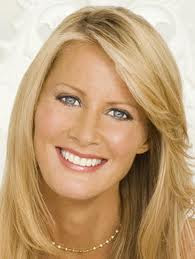 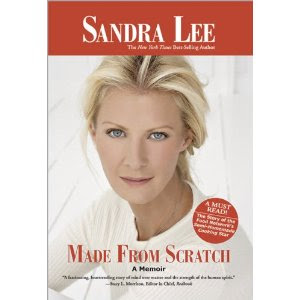 Sandra Lee has many critics because of her “semi-homemade” בישול. She uses a lot of packaged and processed ingredients that are not very healthy. Her recipes include a lot of shortcuts and there a many people who don’t consider what Sandra does ממשי בישול. Her critics can be downright mean. And while I don’t condone the unhealthy choices Sandra makes, I have to say that I admire this woman and what she is trying to accomplish. 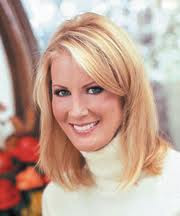 Sandra Lee lived with her grandmother. When she was 6 ישן שנים, her parents had divorced. Her mother remarried and moved her and her sister to Washington. When Sandra was 11, her mother divorced again and Sandra took on the role of mother for her four younger siblings. She had to buy the groceries, prepare the meals and handle the family finances. The family received food stamps and Sandra had to learn to make every penny count.

By the time she was 21, Sandra moved to Los Angeles and launched her first product line, Kurtain Kraft, which was a huge success. Sandra became a millionaire by the time she was 25 ישן שנים. She lost her fortune by the time she hit 30 and built it up all over again. Today Sandra is highly successful. She is dating Governor Andrew Cuomo and shares a home with him in Chappaqua, N.Y. Sandra Lee has spent her life empowering people to make meals at home, entertain, and decorate no matter what the means of the family.

אז כן, it would be better if people cooked with 100% fresh food but Sandra is encouraging the people who might spend every night ordering take-out or eating fast food to get into the kitchen and make their own meals. She shows people who might not cook at all that it’s easy to make their own food, especially with help from the store. Perhaps if more people begin cooking with 30% מרכיבים טריים, over time they would build the confidence and self-sufficiency to make fresher and healthier meals. 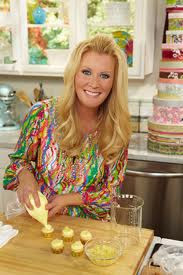 אחרי ככלות הכל, that’s how I used to cook. לפני שהייתי טבעוני, I would make a fresh salad and whatever entree we were having. But my potatoes began as powder in an envelope and my vegetables were frozen in a box with sauce in a plastic packet. I thought I was cooking then. It took time for me to learn but at least I started somewhere. And is it really that different when we vegans eat Boca bugers, Gardein nuggets, Tofurky sausage, Amy’s burritos, Trader Joe’s Meatless Meatballs, canned Soy Whip or make mac n’vegan cheese out of a box on the way to learning to make our own fresh burgers, meals and desserts?

Maybe I’m projecting because I had an abusive childhood or because my family had food stamps. Maybe it’s because I used to cook “semi-homemade.” But I always admire people who overcome adversities and obstacles and add something good to the world. Sandra Lee does a lot of charity work. She works with numerous philanthropic organizations including UNICEF ו - Feeding America. Sandra is the national spokesperson for Share Our Strength’s No Kid Hungry Campaign and the anchor of their largest annual fundraiser, The Great American Bake Sale, two programs focused on ending childhood hunger in America. She knows what it feels like to go hungry and she tries to prevent other children from going through that.

לדעתי, rather than being so mean-spirited and judgmental, critics should realize that there are many different audiences to reach out there. Not everyone wants or is able to create complete, בריא, organic meals from scratch. So what’s so bad about those people getting advice on how to make their meals a little better, a little easier, a little less expensive? Even 30% fresh is better than drive-thru food every night. An all-or-nothing approach leaves out a lot of people in the middle. 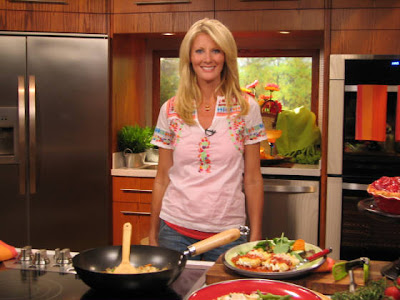 Sandra Lee has an “online round 2 מתכון” for crispy eggplant and pasta. Round 2 recipes are extra recipes that use some of the ingredients already being used for the meals Sandra demonstrates on TV or the leftovers, again saving money while creating a whole separate meal. This recipe used some of the ingredients/leftovers from an eggplant parmigiana dish she made. And contrary to what one might expect, other than using canned tomatoes for the sauce (which I do), the dish is made with fresh ingredients.
Pasta with eggplant is also known as Pasta alla Norma. It’s an iconic Sicilian dish made with tomatoes, fried eggplant, grated ricotta salata cheese and basil. It is supposedly named after the opera, Norma. I took the liberty of not frying my eggplant. Instead I sauteed it in a skillet. Rather than ricotta salata, I used vegan mozzarella…out of a bag. My tomatoes came out of a can and my gluten-free penne from a plastic bag. I had fresh basil and parsley but my thyme was dried in a jar. So I guess my Penne alla Norma could be considered “semi-homemade.” לא משנה מה. I consider it easy and delicious. 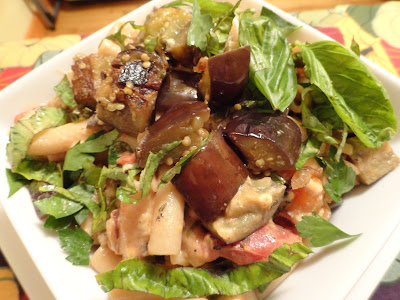 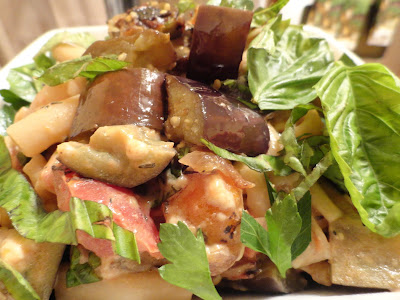 Reduce the heat to medium-low. Add the tomatoes to the skillet. Stir in the cream. Add ½ of the basil, reserving the rest, and the thyme. מוסיף מלח ופלפל לפי הטעם. Let simmer for about 4 פרוטוקול.

When the penne is done, drain it but reserve about ½ cup of the pasta cooking water. Add this water to your sauce so it thickens from the starch. Then add the pasta to the skillet (or if your skillet is too small, add the sauce to the pasta pot). Toss to coat the penne with sauce for about 1 דקה. This will allow the flavors to thoroughly coat the pasta. Add in the reserved eggplant. Mix in the mozzarella, either in shreds or small chunks. The heat will melt the cheese. מכבה את האש. Add in the remaining basil. Garnish with parsley and serve while hot. 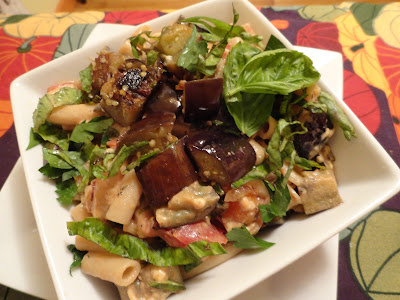