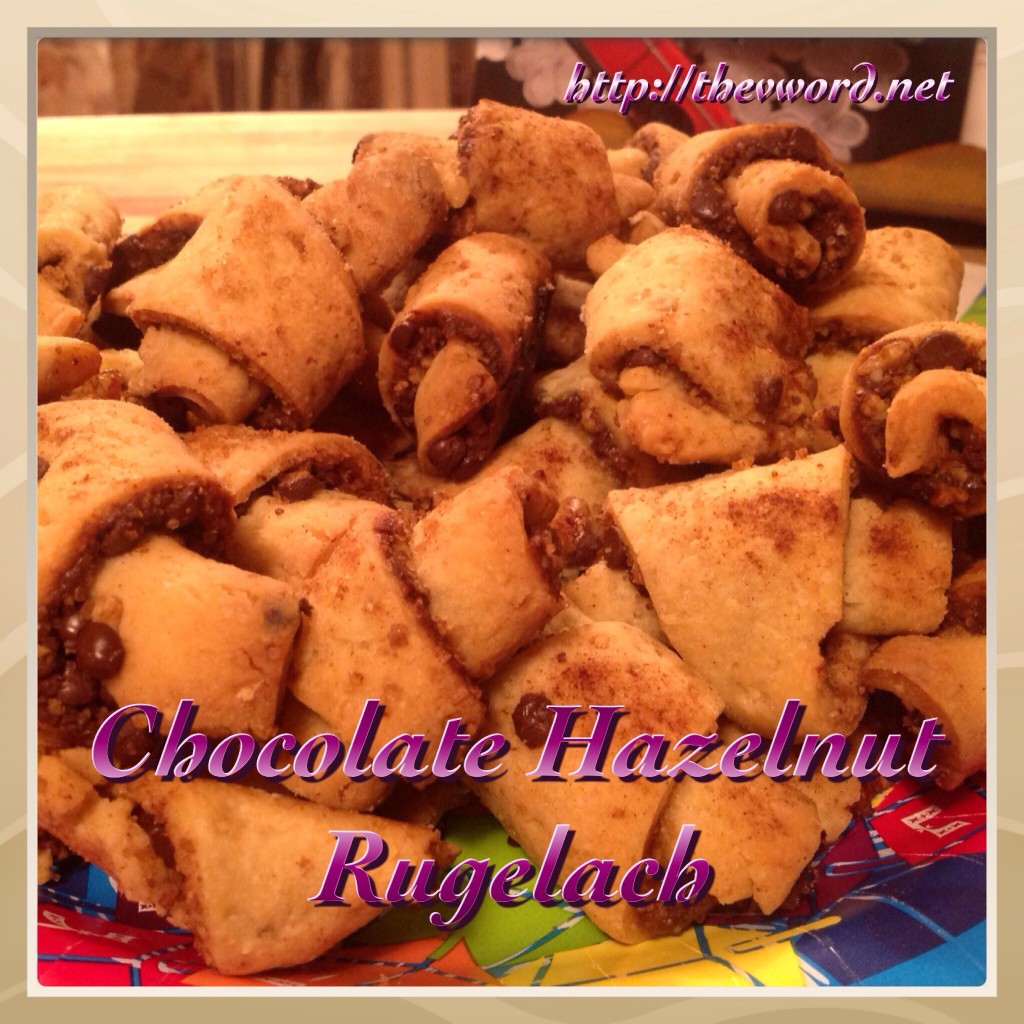 I know Chanukah is supposed to be a holiday filled with fried foods but you can’t fry cookies, can you? And I had to make rugelach for Tom. When we lived in the Bronx, I used to buy rugelach from a Kosher restaurant, probably THE Kosher restaurant, on Lydig Avenue. Then we became vegan and we used to buy vegan rugelach at Whole Foods but that’s no longer an option for us so…you know how this story goes…I had to learn to make them myself.

I have been baking a lot and getting better at it so I was eager to try my hand at my own rugelach. Rugelach come with various fillings but Tom made it clear he wanted chocolate. I had a bottle of Rawmio Chocolate Hazelnut Spread so I decided to use that in place of preserves. 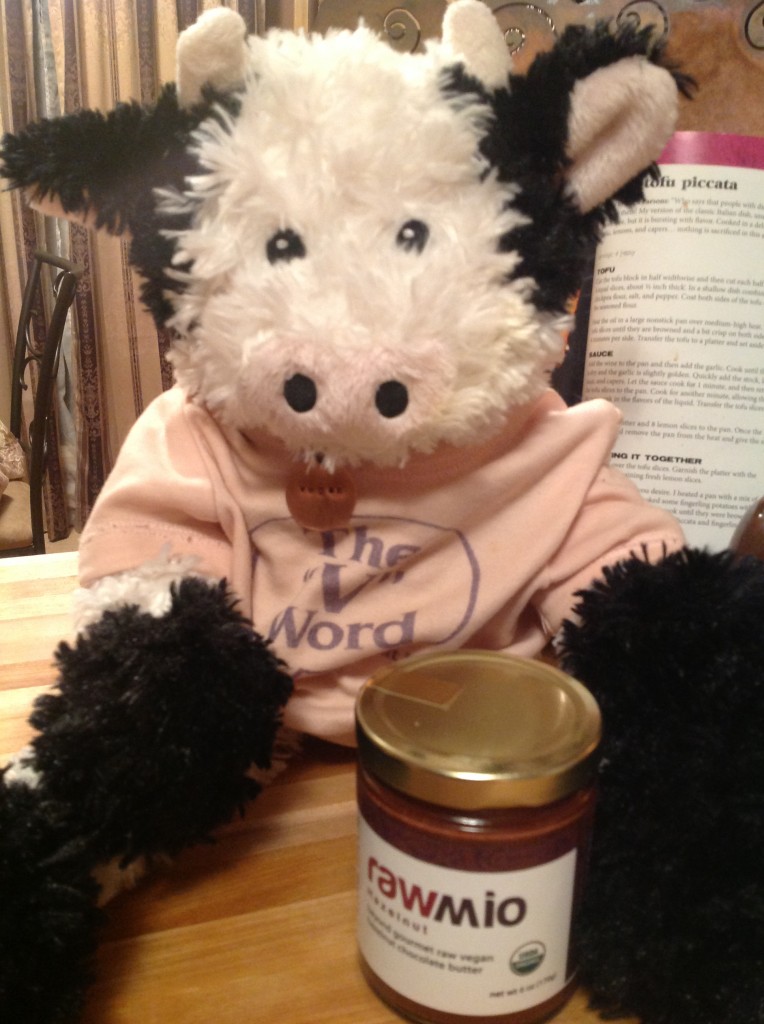 Rawmio Hazelnut Chocolate Spreads are handcrafted, raw vegan decadence. They are gluten-free, organic and sweetened with coconut sugar. They come in 3 flavors: Original, Silk which is like white chocolate but made with cacao butter and Crunch which has crushed hazelnuts and cacao nibs for added texture.

Then I added a mixture of chocolate chips, walnuts and sugar to create an even more chocolaty, crunchy filling. The dough is very smooth and tender since it’s filled with vegan cream cheese and butter. But hey, it’s a holiday. We are supposed to be a little loose, aren’t we? 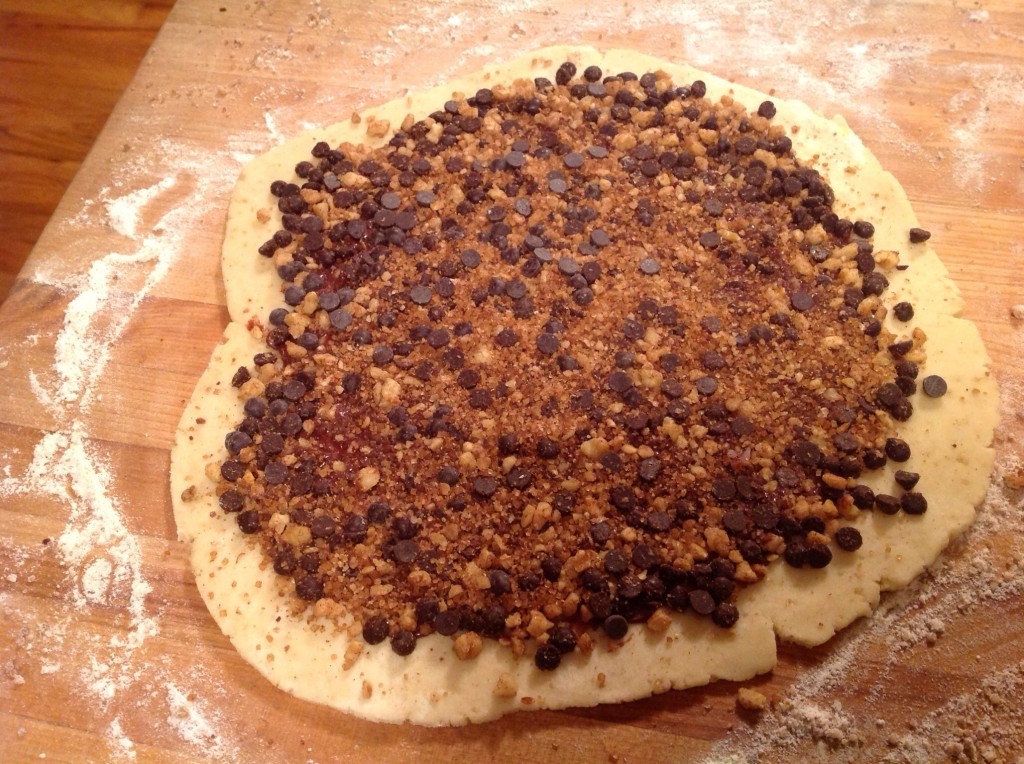 The rugelach were easier to make than I thought they would be. They were tender, crunchy and delicious. And the filling inside was incredible. Now that I know I can make rugelach, I will attempt them gluten-free next time. This recipe makes 48 cookies so it might be enough for the whole 8 days of Chanukah. 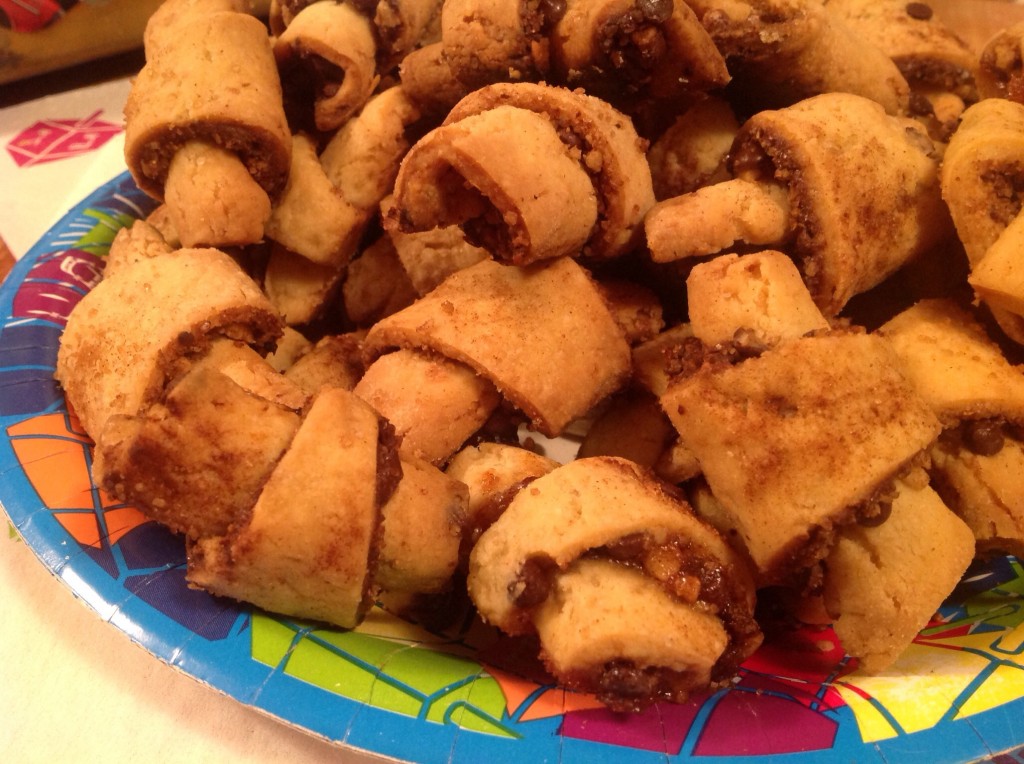 My Chocolate Hazelnut Rugelach are pretty and so yummy, they would make a perfect gift for friends and neighbors. You can change up the fillings to make them however you like but I would definitely recommend giving Rawmio Chocolate Hazelnut Spreads a try. Enjoy! 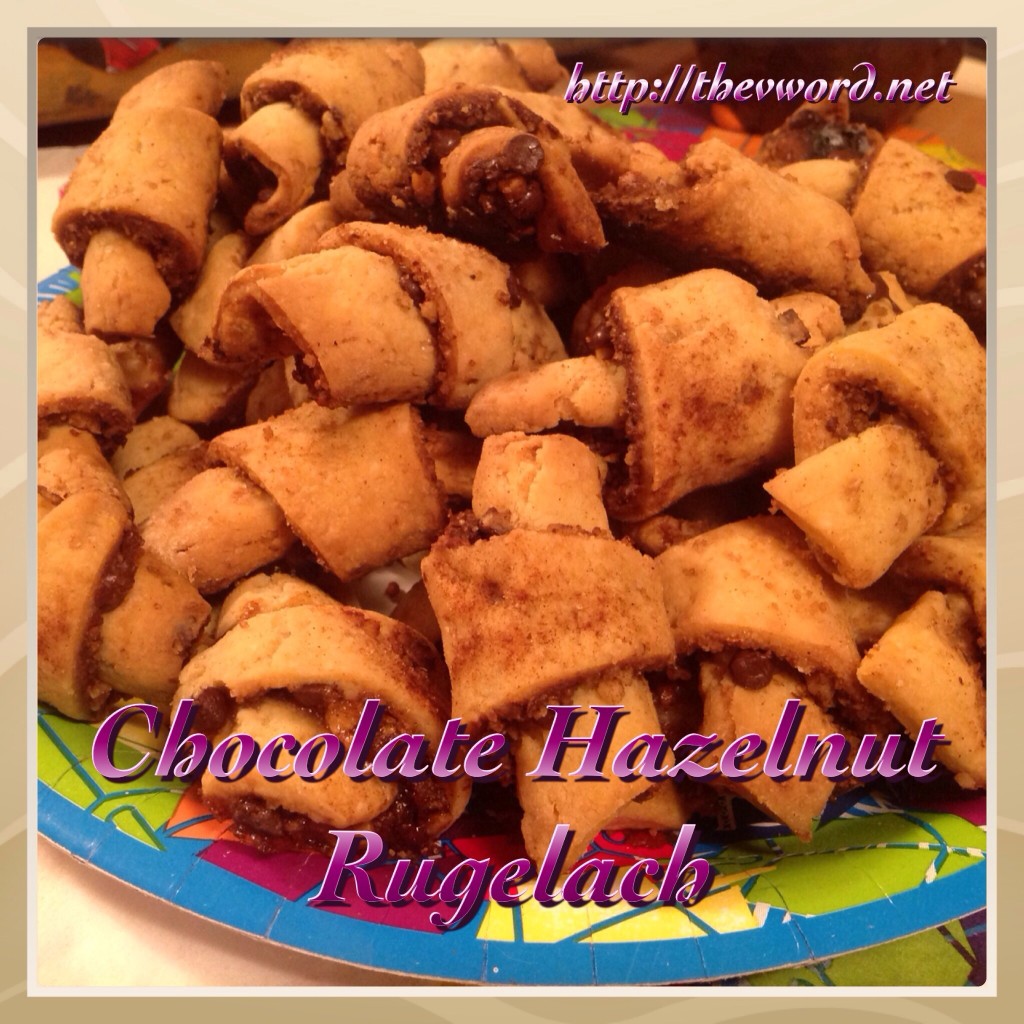 In a food processor, combine the flour, salt and sugar. Pulse to combine. Add the cream cheese and the vanilla to the food processor and process until smooth. Cut the butter into small bits and add them in one at a time while pulsing the mix. The ingredients should start to form crumbles that hold together.

Transfer the crumbles onto a lightly floured work surface. Knead until it comes together as a dough and form it into a ball. Divide the dough into 4 equal parts. Form each part into a disk. Wrap the disks in plastic wrap and refrigerate for at least an hour. You want the dough to be cold when you work with it.

Clean out the food processor and add the walnuts, chocolate chips and sugar to the bowl. Pulse until you have finely chopped bits, like gravel. Set aside.

When the dough has chilled enough, set up 2 large baking sheets with parchment paper. Work with one disk of dough at a time while the others remain in the refrigerator.

Using a knife or pizza cutter, divide the dough into 12 slices like this: Cut the dough into 4 pieces. Then cut each quarter into 3 equal pieces.  Now you have 12 triangles. Starting at the outer edge of each triangle, roll up the dough until you come to the pointed end. Lay the rugelach on the baking sheet, pointed end down. Continue with the other 11 triangles and then repeat with the remaining 3 disks of dough. Put the rugelach into the refrigerator to chill for 30 minutes. Preheat the oven to 350 degrees. 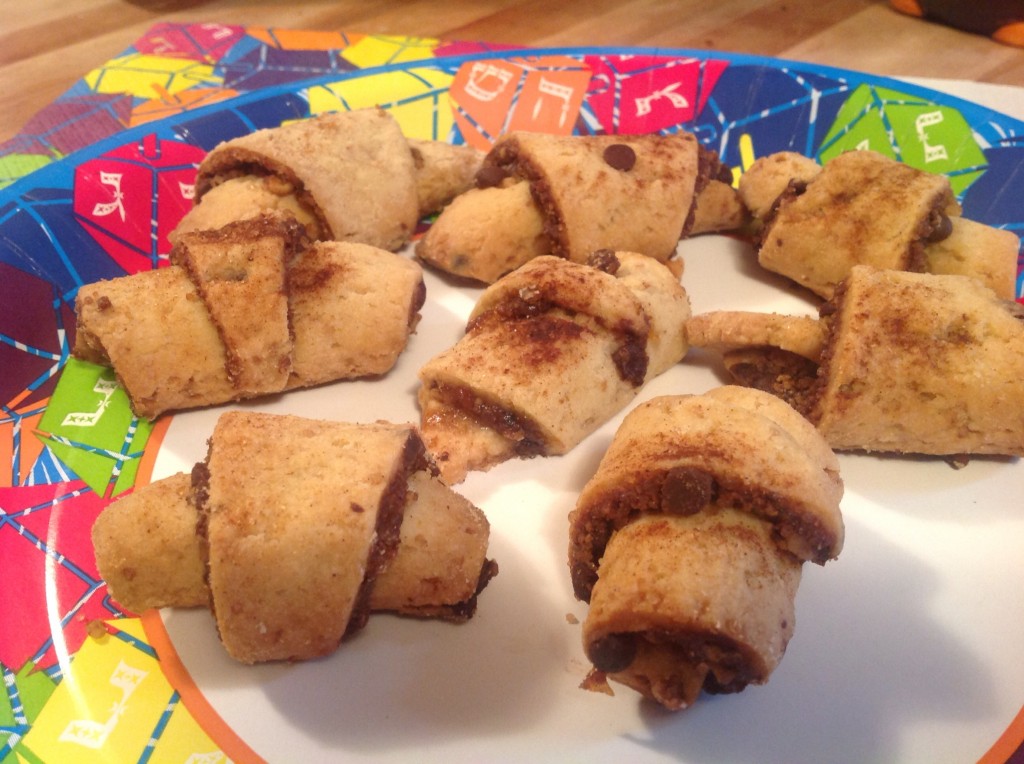