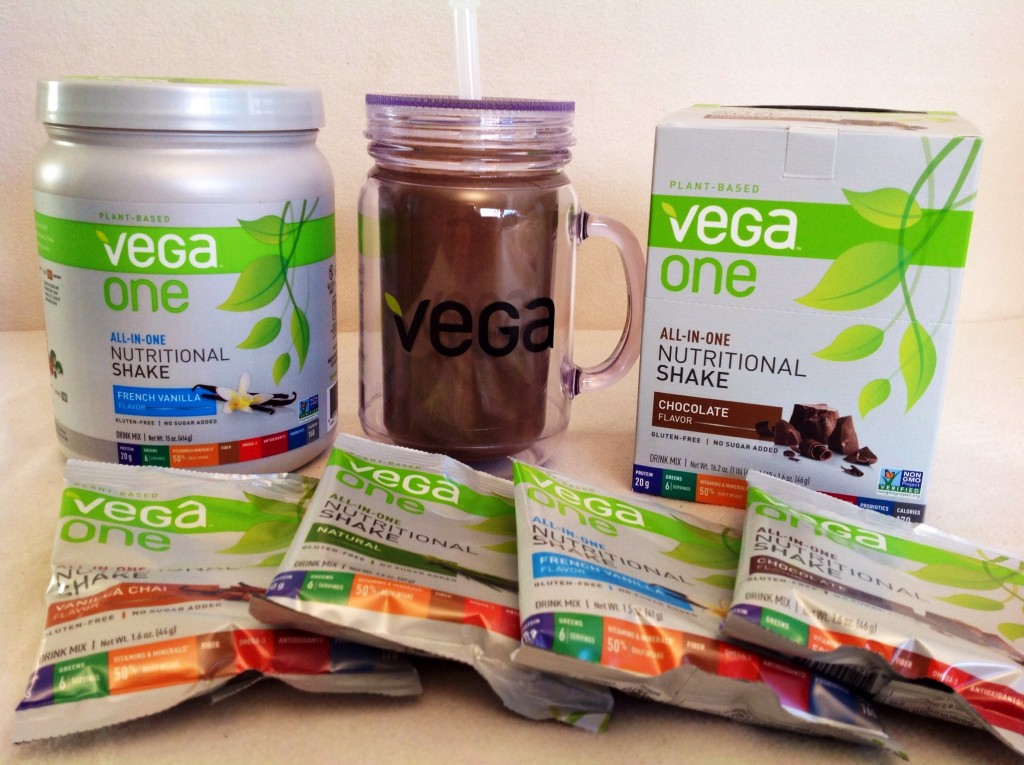 The “V” Word did a product review back in September to tell you all about Vega and their products. Plus, I posted the very first smoothie recipe in the history of The “V” Word – a Pumpkin Pie Smoothie. Well, I’m writing about Vega again because there is a brand New Vega One. 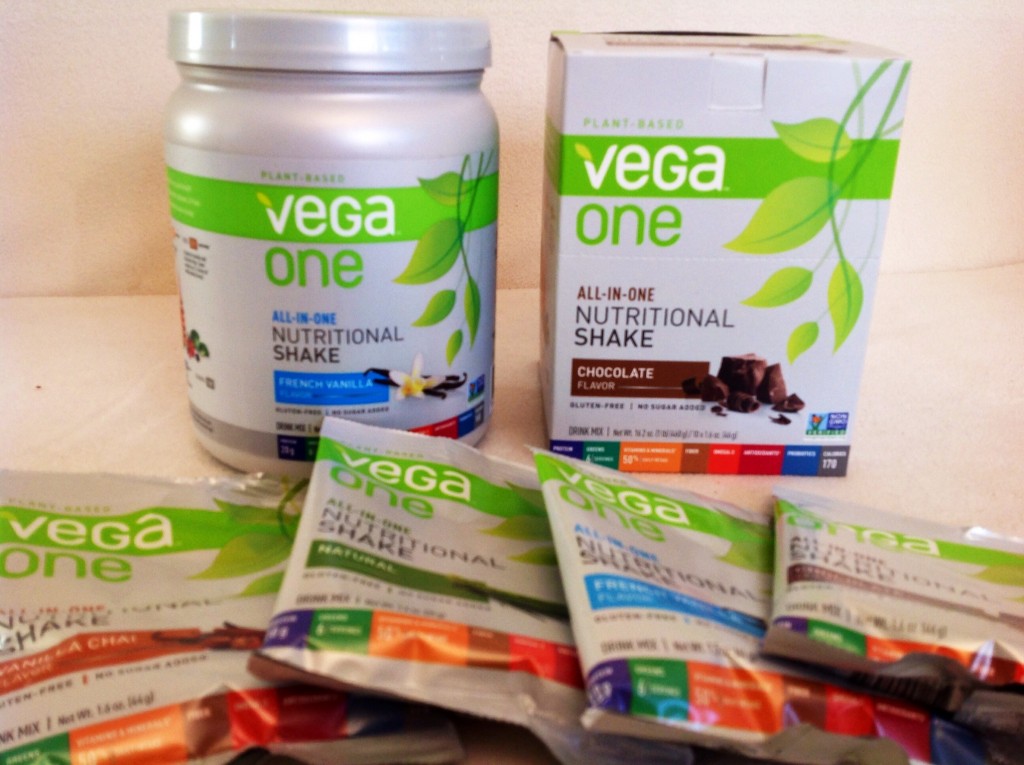 Vega listened to the feedback of their customers and spent months doing research and development. The result is the New Vega One formula. Vega increased the protein by 33% and doubled the greens! That’s on top of all the whole food ingredients they already used. 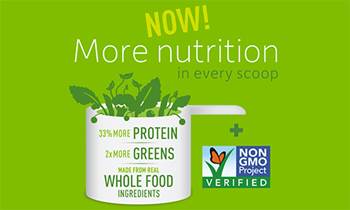 As always, the New Vega One is gluten-free with no added sugar, no dairy or soy ingredients and no artificial colors, flavors or preservatives.

The New Vega One will be available in stores in January 2015 but I got to try it out early. That meant coming up with another smoothie recipe. This time I went for a combination of my favorite flavors – chocolate, banana and peanut butter. In a sense, I made a smoothie with the taste of a chocolate chip peanut butter banana bread. YUM! 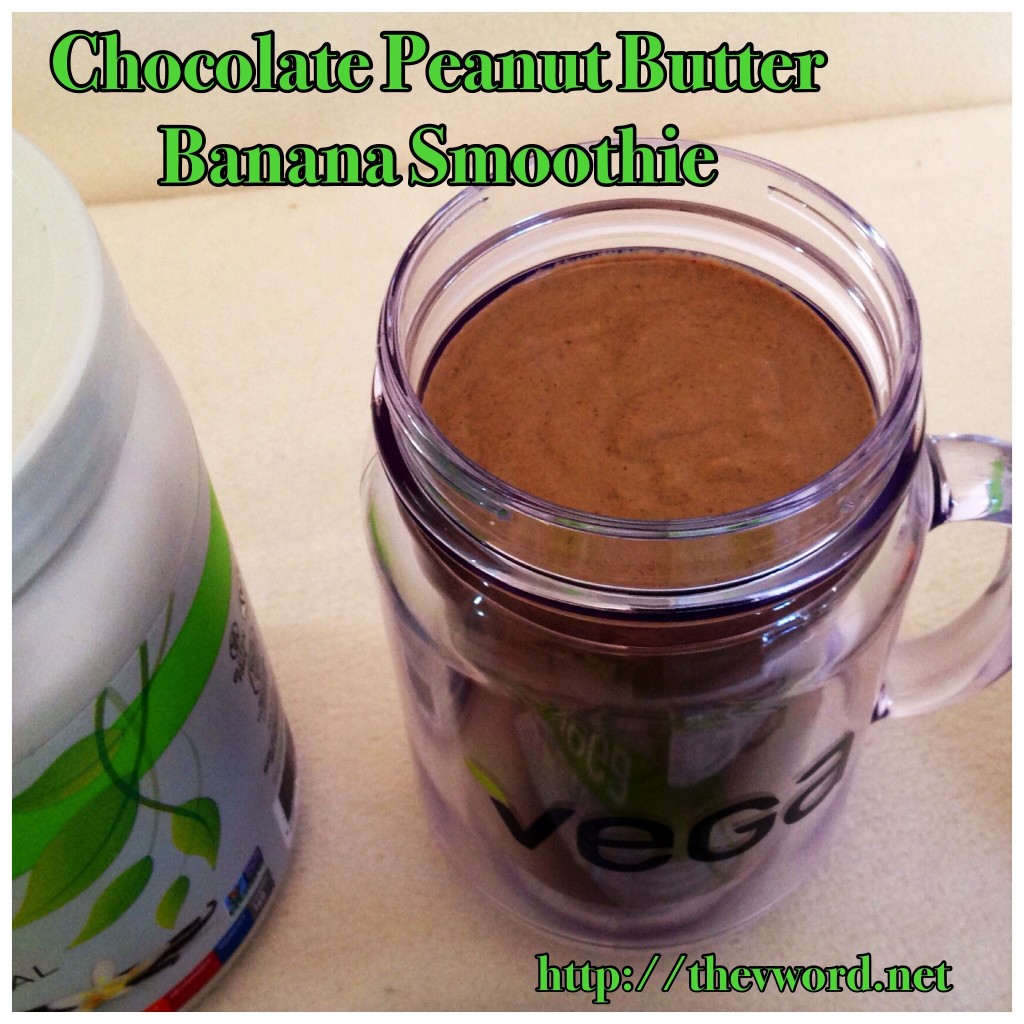 The smoothie is rich, thick and so chocolatey tasting. I used the New Vega One Chocolate-Flavored All in One Nutritional Shake with peanut butter, a frozen banana, some spices and So Delicious Cashew Milk. It’s amazing that something that tastes this decadent can also be so healthy! 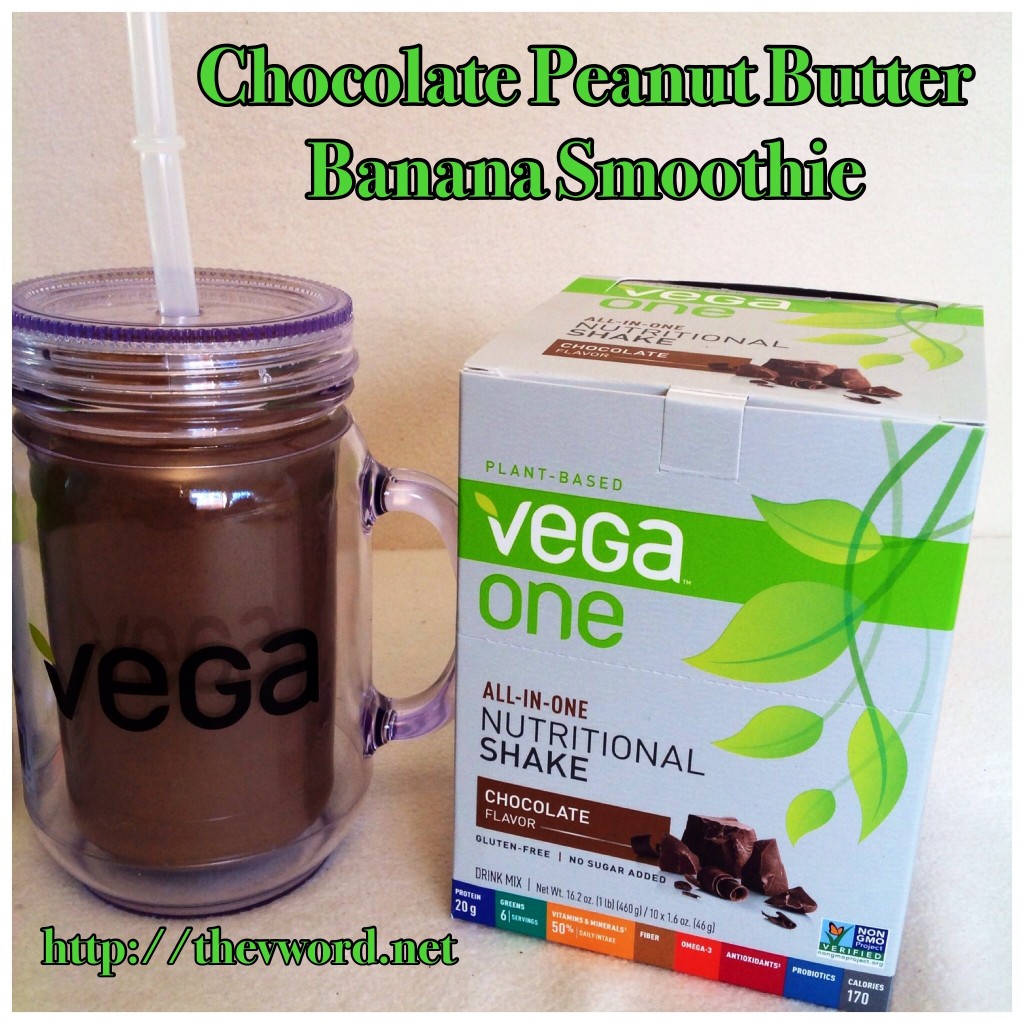 Check out the New Vega One with even more nutrition and the great taste you’ve come to know and love. It’s a great way to start the New Year off right! 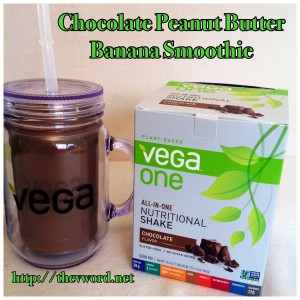 Place all ingredients into a blender and blend until smooth. Enjoy! 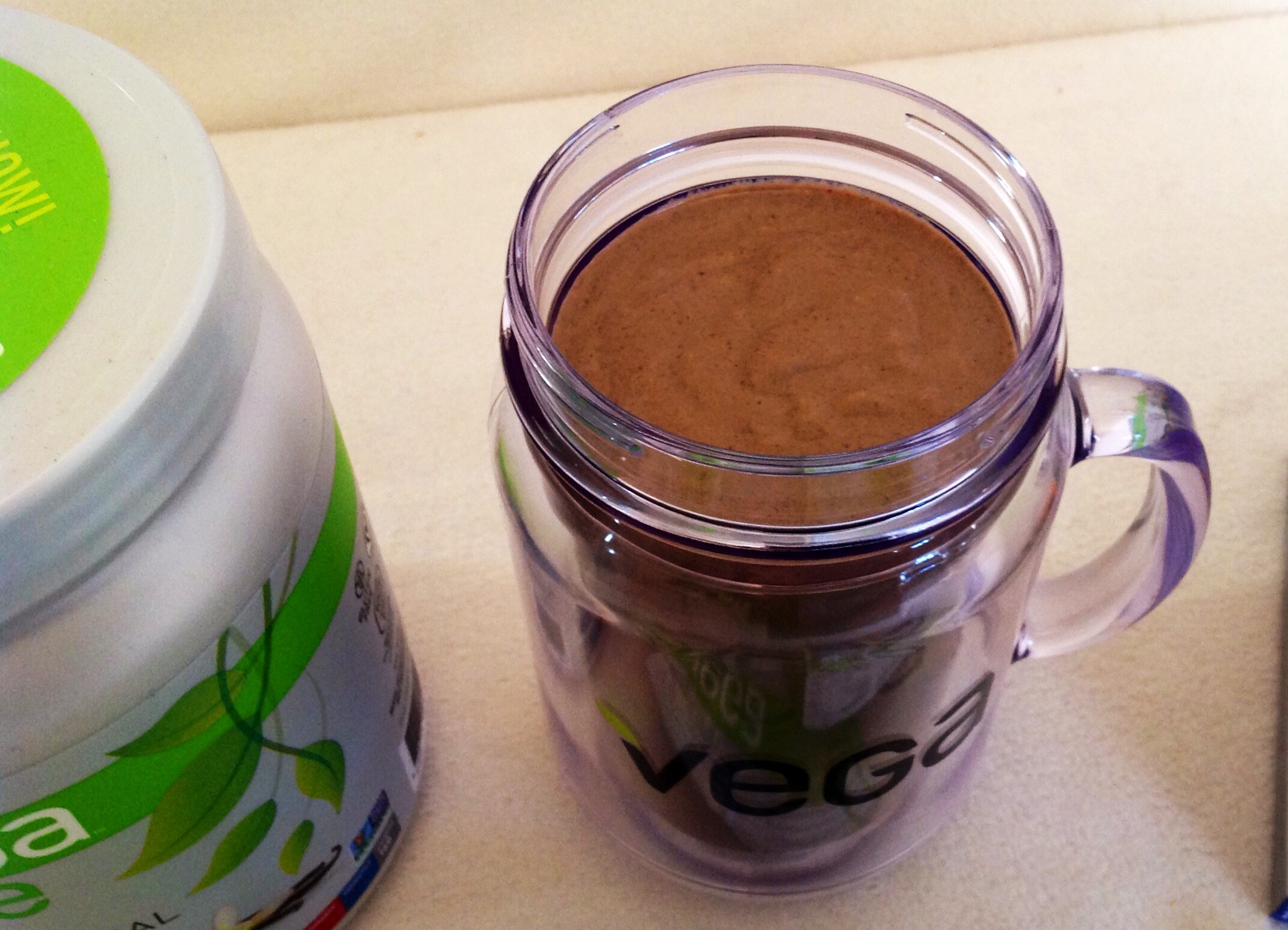