By Rhea on January 5, 2014 in Autumn, Everything Else, Recipes 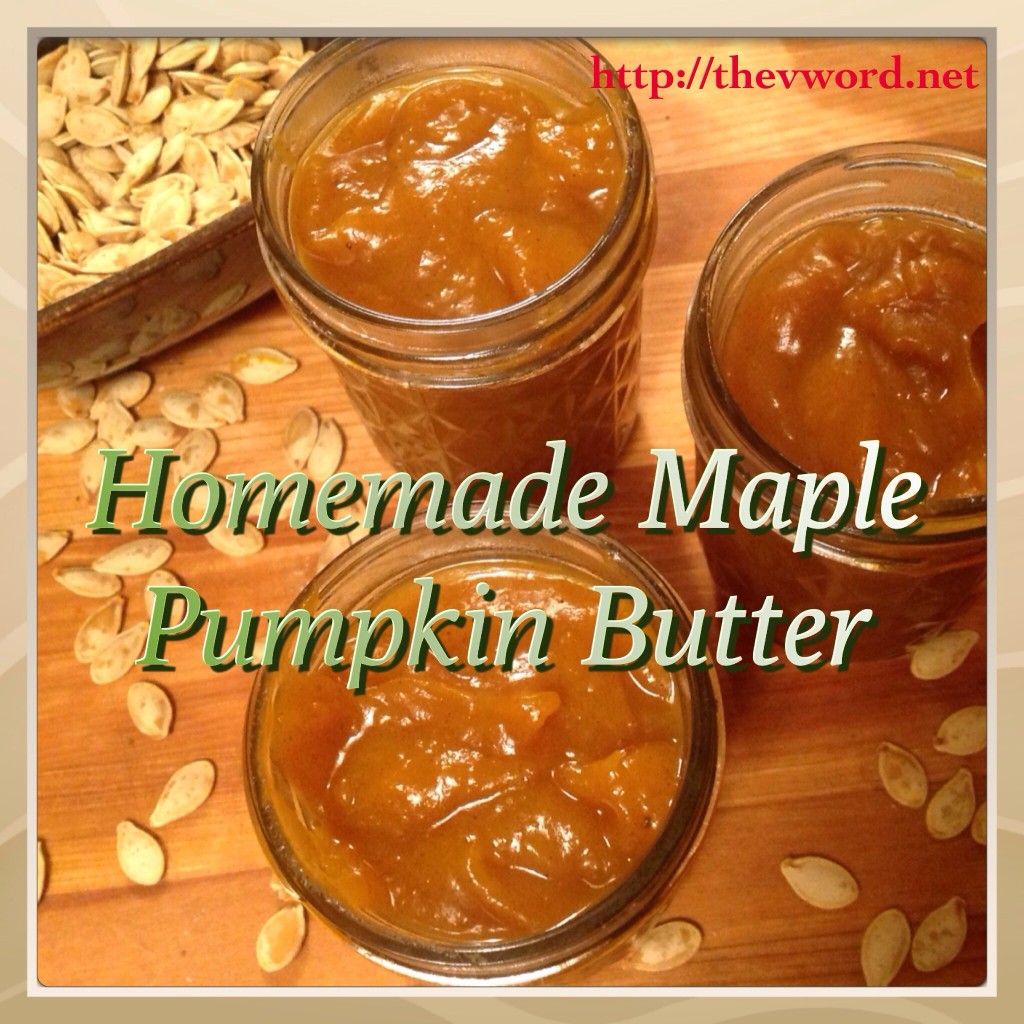 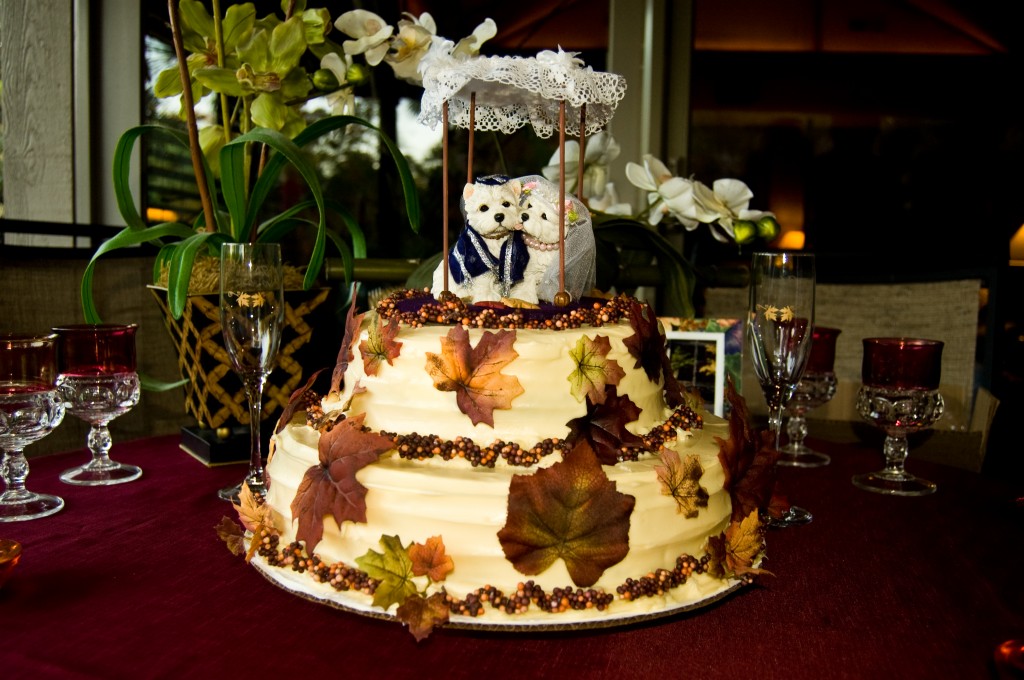 But autumn is over; I guess I have to come to terms with that. The 12 inches of snow outside and the minus 2 degree weather is really slapping me in the face with that fact. While I have autumn-themed items in my home all year round, it was time to do something with the pumpkins that have been on my table all season. 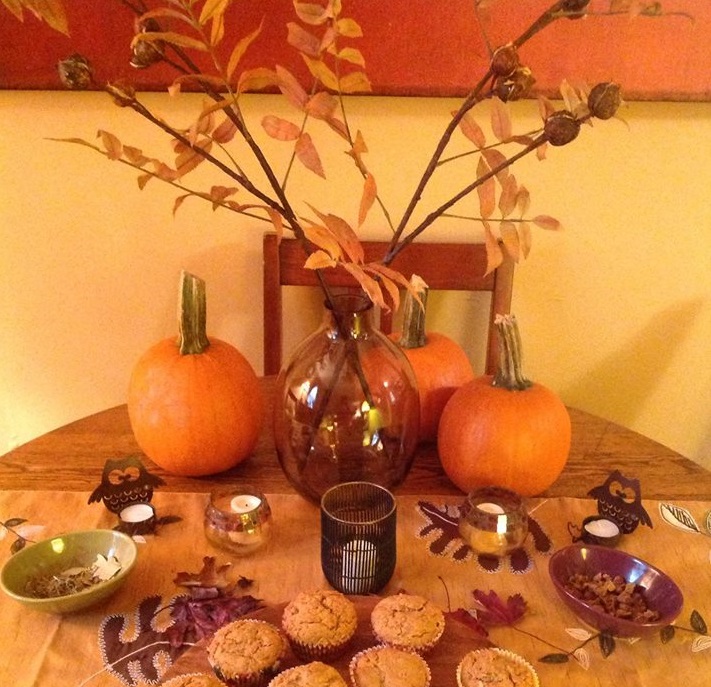 I received a jar of maple pumpkin butter that I loved. It was the first time I had ever tried it. So I decided to try and make my own pumpkin butter with my own pumpkins. It was pretty easy. I did a lot of taste adjustments until it compared positively with the jar butter but in the end, I nailed it.

The biggest pain of using your own pumpkins is cleaning out all the seeds but as a reward for doing that work, I got a big bowl of roasted pumpkin seeds to munch on! 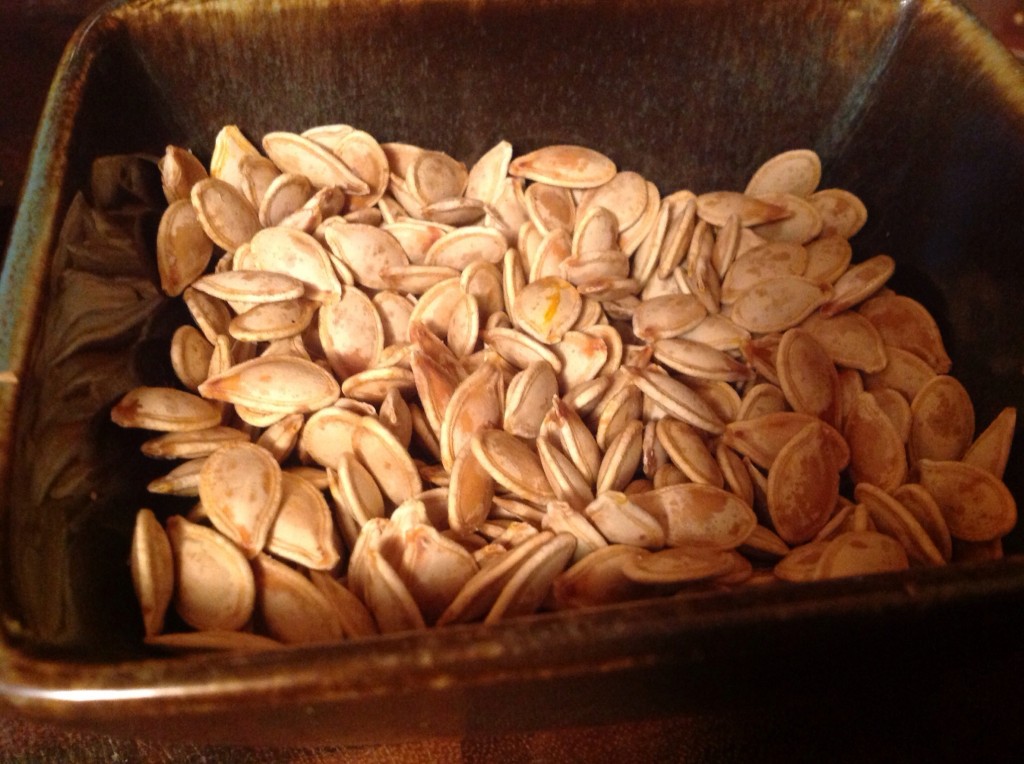 So basically, you take a pumpkin 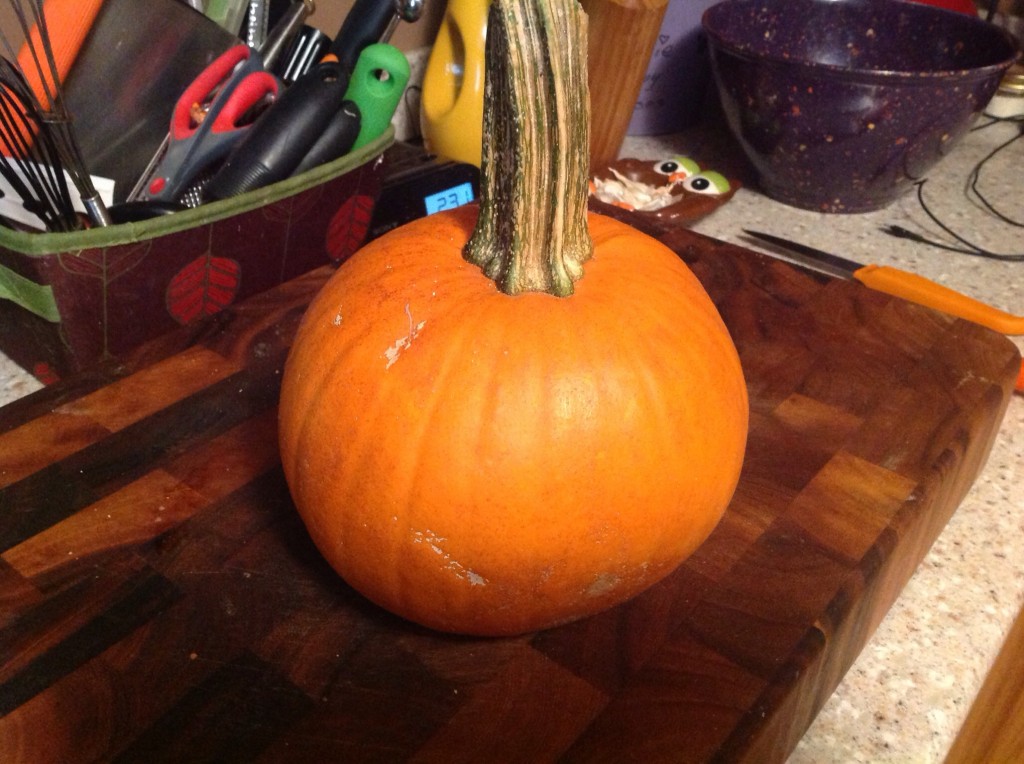 Cut it in half 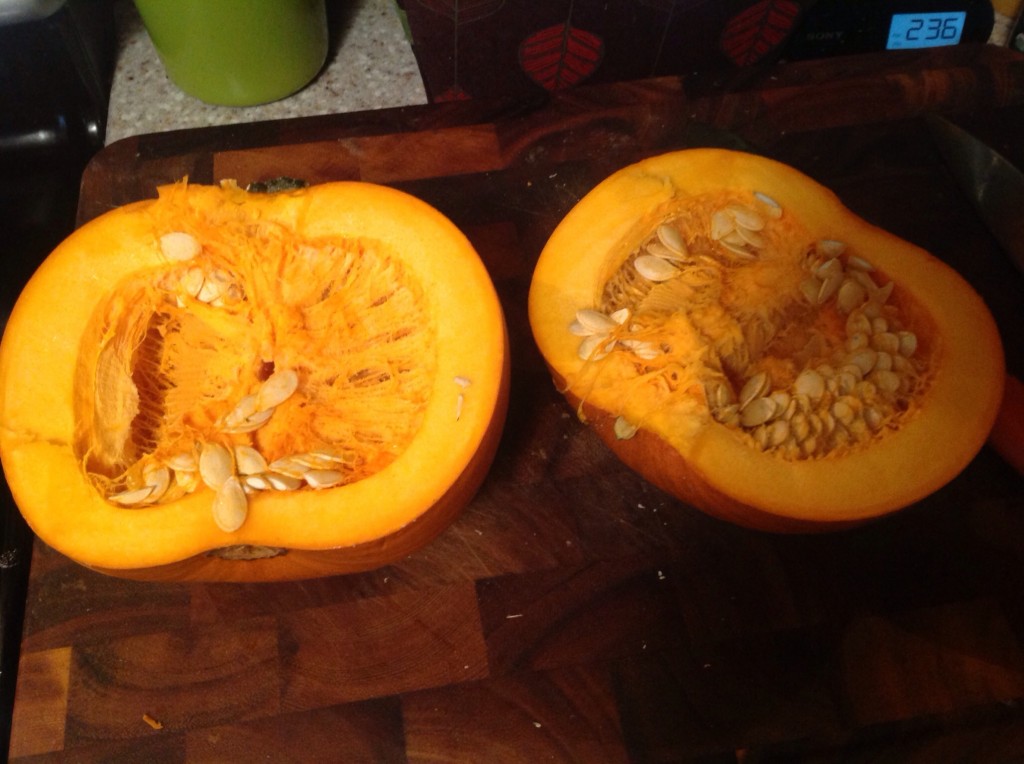 Clean out the seeds 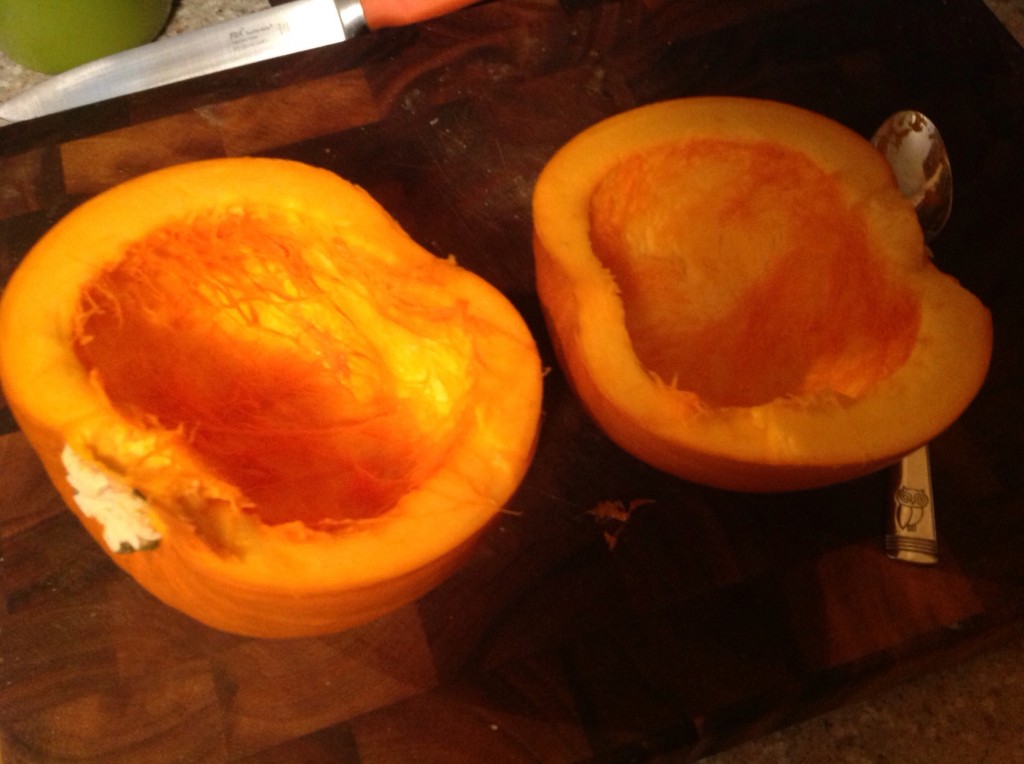 Put the halves, cut-side down, in a baking sheet with some water 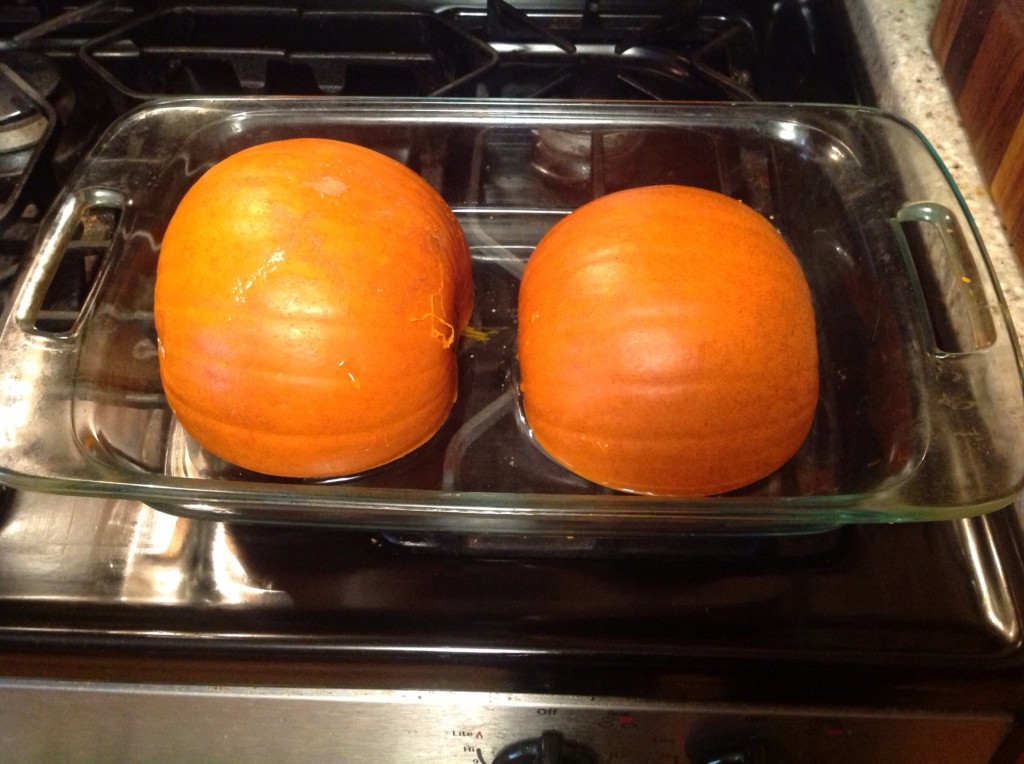 And roast until they are soft 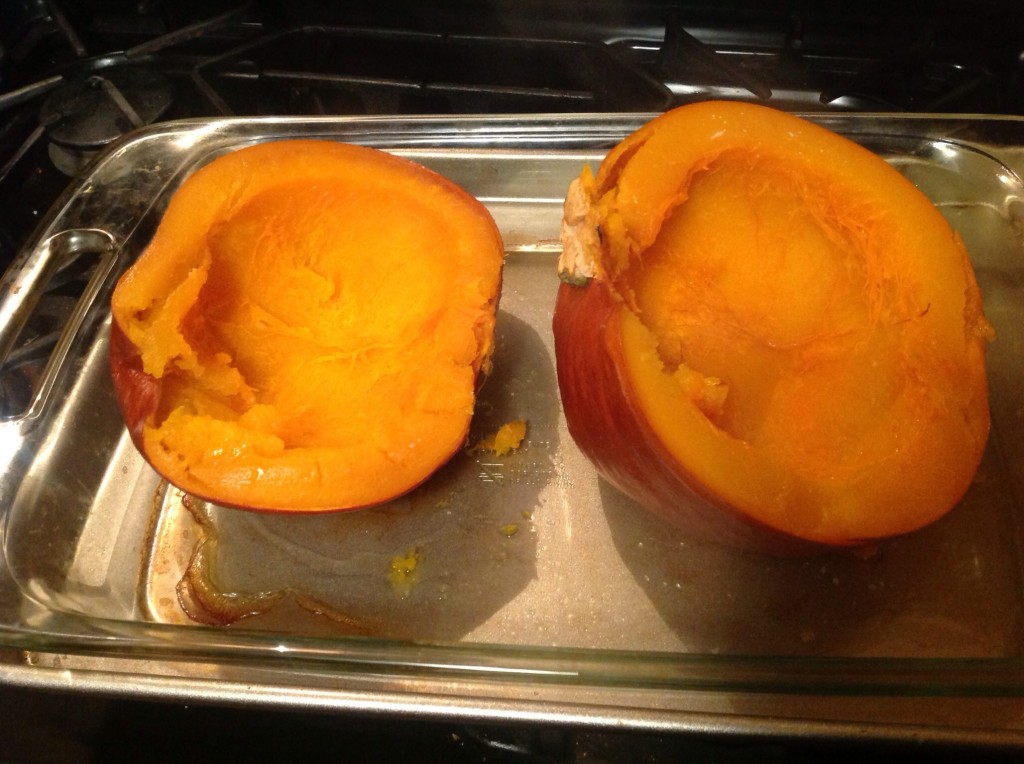 Scoop out the pumpkin 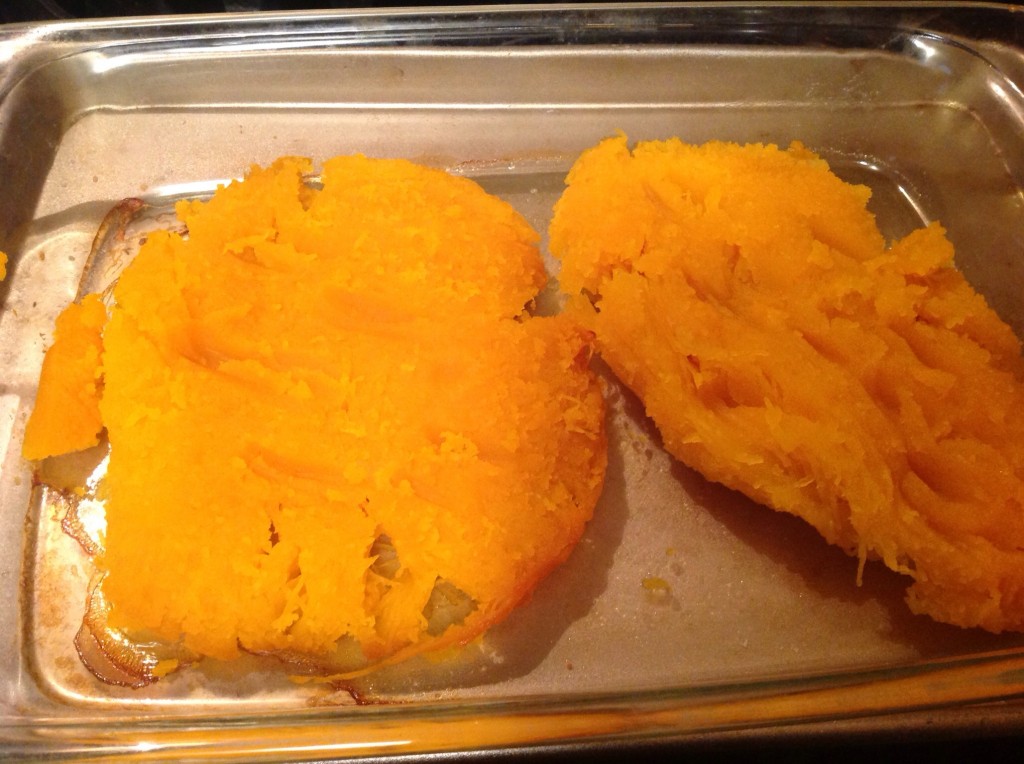 And make whatever you want with the pumpkin flesh. Run it through the food processor to get smooth pumpkin puree. Easy. 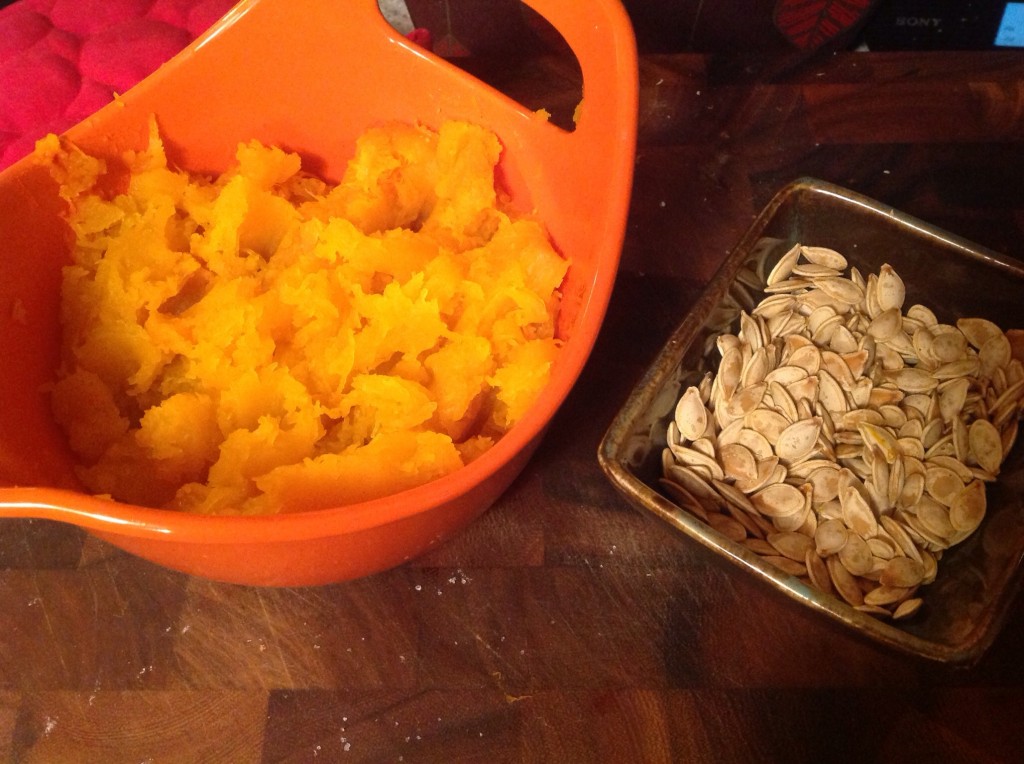 My favorite way to have pumpkin butter is for breakfast. I have a crunchy waffle with peanut butter and pumpkin butter. Tom has this too but he has it on my fresh-baked challah. 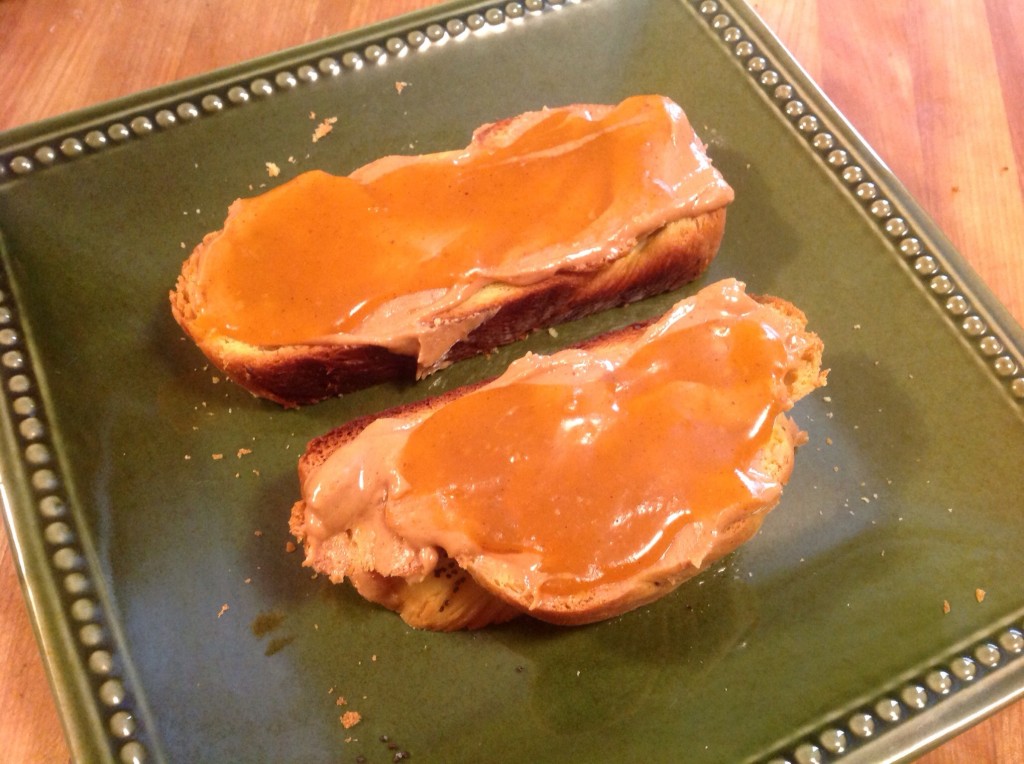 My own little pumpkin made 3 jars of maple pumpkin butter. I gave one to a friend and we are about to start our last jar of it. Good thing I have 2 more pumpkins on the table so I can make more. Enjoy!

A pinch of kosher salt

For the Pumpkin Seeds:

Preheat the oven to 400 degrees. Using a strong knife, cut the pumpkin in half. Scoop out the seeds and strings with a spoon. Keep the seeds to make roasted pumpkin seeds. Place the pumpkin halves in a baking sheet, cut side down. Add ½ cup water to the baking pan. Roast for 1 hour or until the pumpkin is fork-tender.

Peel away the skin from the pumpkin. It should come off easily in big pieces. Place the pumpkin in a food processor or blender and process until it is a smooth puree.

Transfer the pumpkin puree to a small saucepan. Cook it over medium heat until it reduces to half. Add the maple syrup, brown sugar, spices, and salt to the pumpkin. Stir to combine.

In a mug, combine the arrowroot and cold water. Stir to create a slurry. Add the slurry to the pan and stir it into the pumpkin. This will make the butter glossy as it cooks. Add as much water to the pumpkin as you need to get the consistency you want. The butter should be thick enough to stand up on a spoon. Taste for seasoning and make adjustments as needed.

Transfer the pumpkin butter to jars with tight-fitting lids. It will keep for 2-3 weeks in the refrigerator. You can also freeze it. 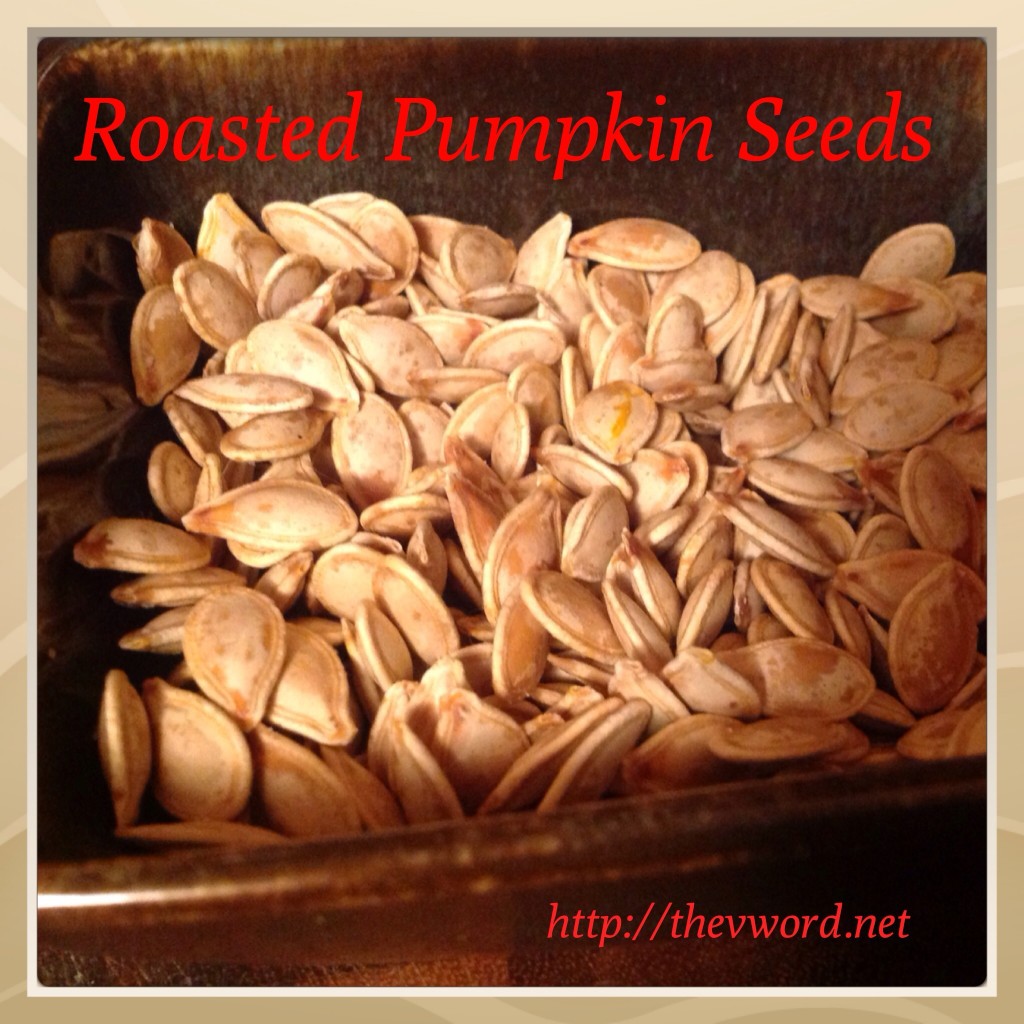 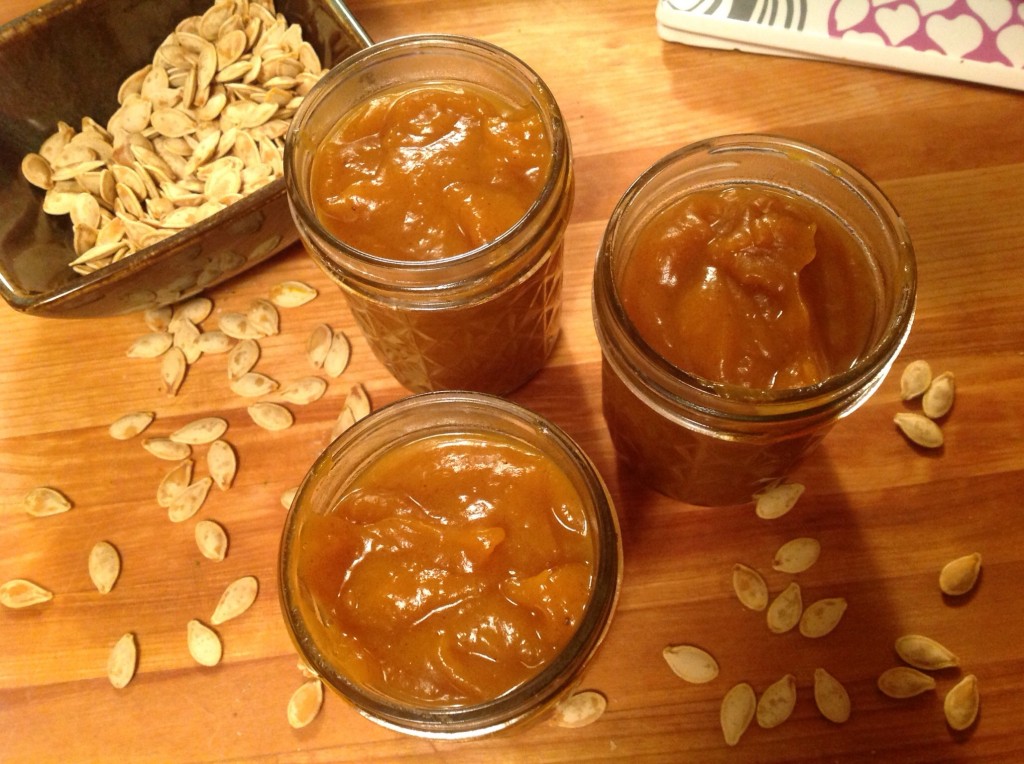 One Response to Maple Pumpkin Butter and Roasted Pumpkin Seeds