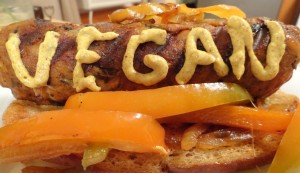 Hi! I'm Rhea and I've been vegan for over 12 years. My goal is to promote veganism, help save animals and fill bellies with lots of delicious cruelty-free foods.

Through the Benny & Me Gifts that Give Back Program, we have donated over $10,000 to animal rescues and sanctuaries. ,