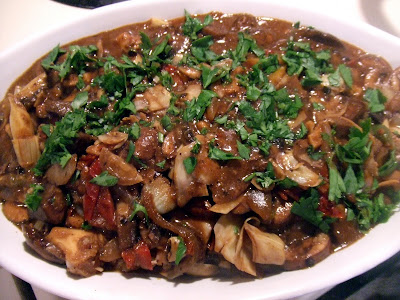 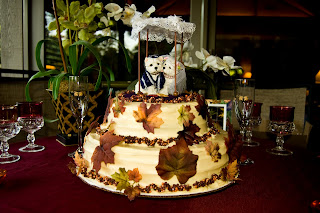 We packed tempeh sandwiches, fruit, and nuts and avoided all the drive-thrus. Before we left, I researched all the veg places in Wilmington and was pleased to find that there was a good variety of restaurants and specialty stores available to us. We ate at Double Happiness, an Asian restaurant with mock meats, and at Flaming Amy’s Burrito Barn, where they offered tofu and vegetables all cooked on a separate grill. We shopped at Lovey’s Natural Foods and Cafe (I miss you Lovey’s) and Tidal Creek, an organic co-op.

When a booking problem led us to spend a couple of nights in a more remote place, we looked through the gazillion take-out menus in the kitchen only to find that the few vegetarian options that existed were all deep-fried and unhealthy. Then we found a menu for a place called Mellow Mushroom and their food seemed somewhat healthier (sprouts were involved). However, as I read through the menu, the only sandwich that seemed a good option was the “Portobello and Cheese Hoagie – a grilled Portobello mushroom cap big enough to fit on your head basted by garlic butter accompanied by artichoke hearts, sun-dried tomatoes, spinach, and Feta. Garnished with sprouts.”

The problem was I didn’t like mushrooms, artichoke hearts, sun-dried tomatoes or Feta cheese. I wasn’t crazy about sprouts either. Other than that, it sounded like the thing I’d dislike least so that’s what I ordered.

Well, it turned out that this sandwich tasted like the vegetarian version of a Philly Cheese Steak. Grilled Portobello mushrooms were incredible and meaty. Artichoke hearts were creamy like mayonnaise. The sun-dried tomatoes added tang and texture. I still didn’t like Feta but that was ok. The hoagie was delicious. 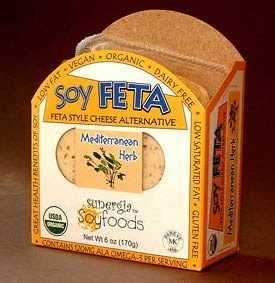 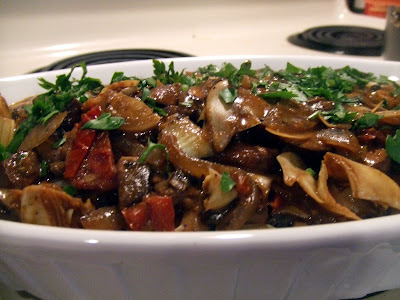 4 big Portobello mushroom caps, sliced (or not sliced, if grilling)

After the mushrooms have shrunken and look dark and juicy, add the onions to the pan and let cook until onions are slightly browned. Add bell peppers, garlic, zucchini and squash. Let cook until vegetables soften a bit.

If you are making gravy, add the Vegan spread to the pan and let it melt. Sprinkle the whole-wheat pastry flour into the pan and mix it through well, letting it cook until you can’t see the flour any more. Add the vegetable broth and mix it well. Let it cook on low heat until the gravy thickens. If you want more gravy, add more broth. Add the spinach at the last minute so it just has time to wilt.

For the dish, just ladle the mushrooms and vegetables on a dish and top with Vegan feta cheese. If you can’t find Vegan feta cheese, Vegan mozzarella would be delicious as well. If you’re really going for the lowest calories, serve the dish without the gravy. It will still be juicy and the taste of the mushrooms will be intensified. Garnish with parsley and serve. 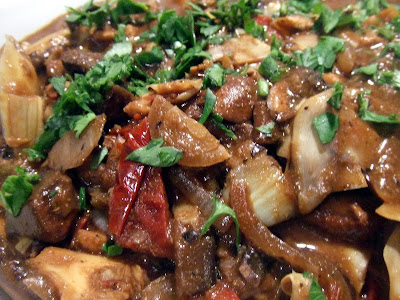