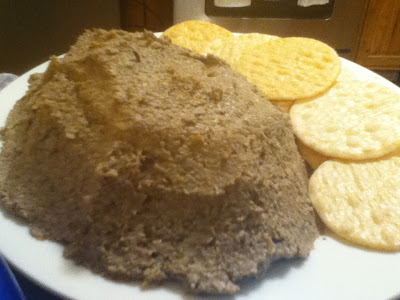 Once again I find myself preparing a vegan version of a dish I never tasted as a non-vegan. That’s right, this Jewish, Yeshivah-schooled girl has never tasted chopped liver. As a kid, my mother did force me to eat liver a couple of times but I hated it and she (thankfully) gave up.

While it took me way too long to realize that it’s disgusting to consume any part of a dead body, I always had an aversion to eating organ meats. I mean, come on, they’re ORGANS! Hearts, kidneys, thymus, tongues…yuck! And livers in particular are gross – do you know what the liver does? It filters toxins. Every horrible thing that one ingests travels through the liver. Why in the world would anyone want to eat something that is a warehouse for toxins??

And yet, people love chopped liver. Others spend a lot of money for foie gras, a dish so cruel that even some chefs refuse to sell it. Foie gras – French for “fatty liver” – is the diseased and enlarged liver of a duck or goose, produced through force feeding.

If you would like to learn more about the cruelty of foie gras, check out http://www.stopforcefeeding.com/ and http://www.nofoiegras.org/  Another great web site is http://www.gourmetcruelty.com/ which has many pictures and videos to look at. 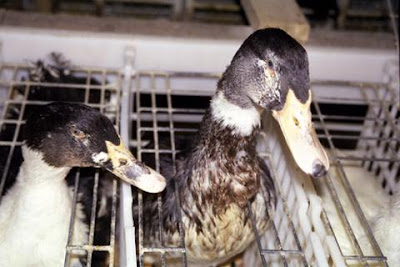 Chopped Liver is different than foie gras. It is made with chicken livers rather than the diseased livers of ducks and geese. A different version of cruelty and death just to please someone’s palate. 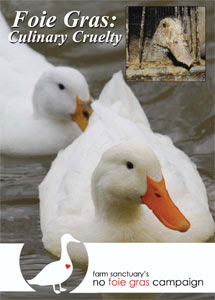 Anyway, I did taste faux gras a couple of times at vegan seders and liked it. I wanted to come up with my own recipe for a friend who has recently switched to a plant-based diet. I kept it very simple: just mushrooms, walnuts and spices. The whole dish takes about 15 minutes or less to prepare. You can certainly add your own spin with different mushrooms, spices, lentils or whatever ingredients you prefer. Here is my version of Chopped “Liver.” 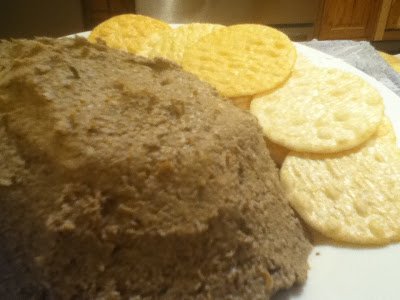 Directions
Heat the oil in a skillet. Saute the mushrooms and onion until browned and softened, about 10 minutes. While the food is sauteeing, add the spices except for the salt. Salt draws moisture out the mushrooms and slows down the browning process. Transfer to a food processor. Add the walnuts, salt and water. Process until you have a smooth paste. Taste for spice adjustment. Refrigerate until ready to serve, at least an hour. It tastes even better the next day. 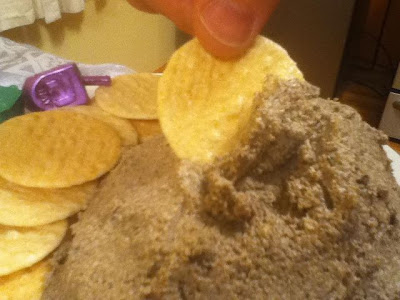