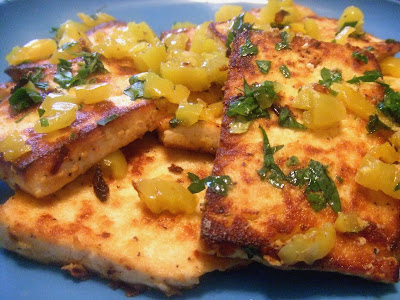 While I believe everyone in the world should see the light and go Vegan, I have a list of certain celebrity chefs that I especially wish would turn their talents to cruelty-free cooking. Heading that list is Rachael Ray. I have to admit I have a special place in my heart for Rachael. It’s because of her that I learned to cook at all. I mean, I knew how to make some dishes from watching my mother cook but I had no clue about cooking techniques, chopping, spices, the “why” of cooking, or how to create recipes.

As I’ve mentioned in “My Vegan Journey,” before I found Veganism I hurt my back and was laid up on the couch in pain. It was a particularly bad time: I’d lost family members, lost Poochie to cancer, couldn’t go to work and I was in tremendous pain. I’d lay on the couch, depressed, watching television. I had just started Weight Watchers (again) and maybe because I couldn’t eat what I wanted, I started watching food shows on TV. And I found Rachael Ray. 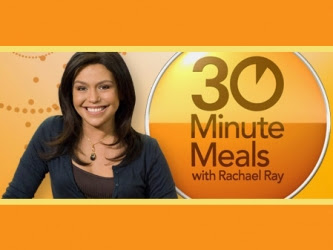 I loved her! Her manic personality, her sarcasm, her corny jokes, her humble “I’m not a chef, I’m just a cook” attitude (granted, this was the old Rachael; she’s not as manic or as humble anymore). She dropped food, she talked with her hands, she burned the bread, she made up words and she had fun cooking! In her, I saw my own personality when not bombarded with troubles. Watching her on “30 Minute Meals” perked me up, made me laugh and most importantly, made me want to cook. I bought her cookbooks and when I was able to stand up, went into the kitchen and attempted to make her recipes – but with a Weight Watchers spin. When I went vegetarian and then Vegan, I continued to make Rachael’s recipes but Veganized. That wasn’t hard since out of all the non-veg cooking shows I’ve seen up to now, no one prepares dishes with as many vegetables as Rachael does.

But as I was sorting out my new Vegan identity, I avoided non-veg cooking shows especially Rachael’s. It upset me to see her cooking animal products. It angered me to hear her proclaim to be an “animal lover” when she really just meant dogs and cats. It frustrated me to no end when she would make vegetarian dishes and then put chicken stock in them! I felt as if she had personally disappointed me by not evolving along with me and that I had lost someone I truly admired. Over time though, as I became more secure in my Vegan identity, I was able to put Rachael in her rightful place: she is one of my favorite celebrity chefs who taught me how to cook (yes, I can recite all her tips, catch-phrases and neologisms, much to the annoyance of others) and helped me get through a really painful time in my life. For that, I’ll always be grateful. 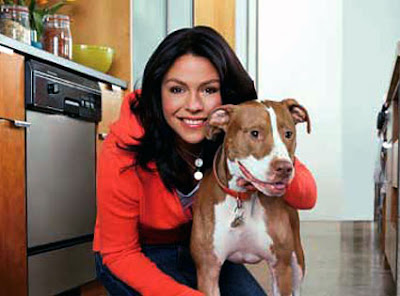 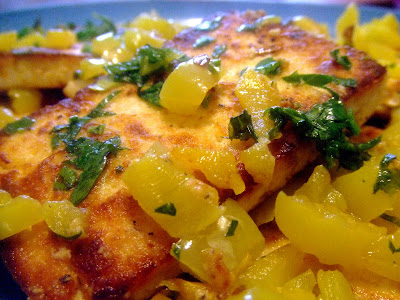 Rachael does make a lot of vegetarian and some Vegan dishes on her show. Today for the first time, she talked about tofu AND tempeh! Maybe there’s hope…in the meantime, there’s my version of her recipes. And if I do say so myself, they are YUM-O! 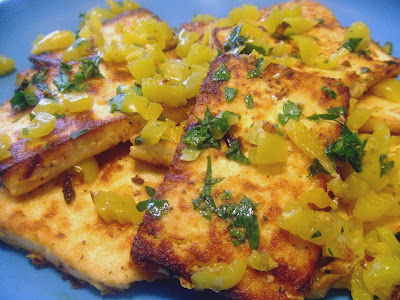 Cut the tofu into 8 slices. I do this by cutting the block of tofu in half width-wise. Then I slice each half into 4 thin rectangular slices. 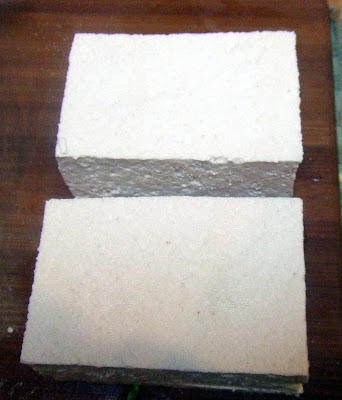 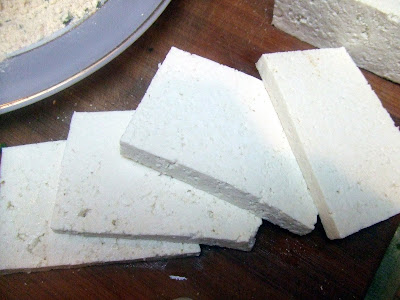 In a bowl, combine the mustard, agave nectar, red pepper flakes, oil, salt and pepper. Mix well. Cover both sides of each of the tofu slices with the marinade and let sit for at least 30 minutes.

Heat the canola oil in a large skillet over medium high heat. Cook the tofu slices until browned and crispy, about 4 minutes on each side. You may need to do this in batches depending on the size of your skillet. 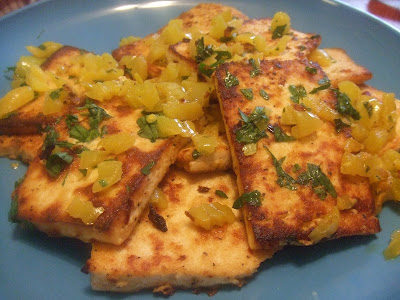